Cooling Issues and concerns with ryzen 5 3600

Hi, I recently built my first PC and generally it works alright (with some hiccups). The problem I’m writing about here is the stock cooler for the 3600- the wraith stealth. Before the purchase I read some very conflicting opinions about amds stock cooling, but the general consensus was that it’s adequate.
My gripes with the wraith are:

What I’m asking is that if I’m overreacting, or perhaps I made some mistakes with the installation. The other option is just buying a new cooler, I was thinking about the noctua nh-12s, which is cheaper than the flagships like the 15d or whatever (probably overkill, right?).

45db is pretty quiet. Are you sure about that?

What board are you using? Have you monitored voltages and have you tried an offset?

Would recommend to anyone doing the same, the temps change dramatically

I’m using the x570 aorus elite, haven’t tried anything with the voltages, I’m afraid I’ll mess something up, or lose a lot of performance. My idle voltages are what they should be, around 1V, but when I do anything (literally anything, like clicking the start menu) the cpu boosts aggressively and the voltage jumps to 1.4

Yeah, I was just hoping that the stock cooler wasnt garbage. Didn’t really plan to spent that extra money, and noctua is really expensive

I doubt you’ll mess anything up but that board shouldnt be bad. What case are you using?

Just because i’m running the same setup:
Your results are in line with mine on the stock cooler. 50-55C idle and instant 85-95 C on Cinebench runs.
Heavy Gaming with CPU intensive Titles pushes 80-85C.

For me, i could alter the temperature levels to Fan percentage in the Bios to make the “breakpoints” at other temperatures. This made it ramp much less up and down.
I don’t think it’s particularly loud though. I’ll be replacing mine soon though. It works, but just isn’t all that great.

Maybe I’m crazy sensitive to that sound or something, I can’t stand the constant whirring and ramping up.
Would you mind sharing those bios smart fan settings? I’ve seen the option, but I didn’t know which option to choose with those breakpoints and intervals.
What cooler are you getting? 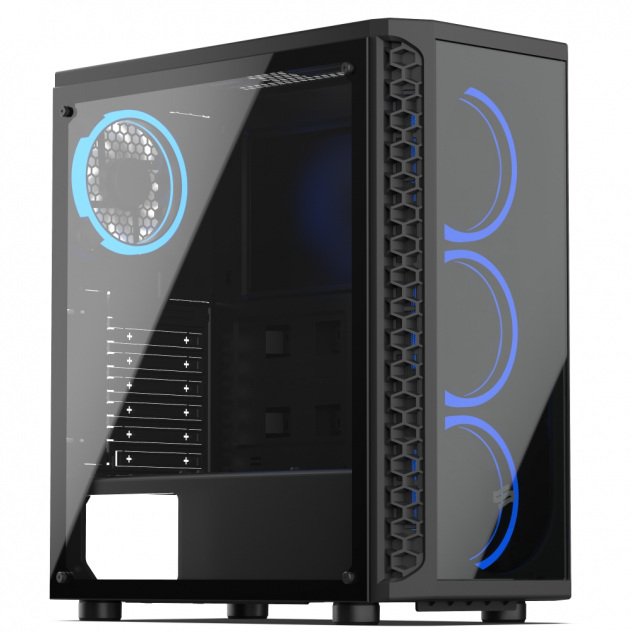 oof, that front looks really restrictive. I guess theres not a whole lot to do other than replace the cooler if its bugging you that much.

I have a nh-12s on my new(ish) R7 2700x, I can attest to how quiet it is - very. I can’t comment on the Wraith Prisim, I never even tried it, but they must be cheap on ebay and better than the wraith stealth?

It looks worse than it really is, it has those side intakes and does its job I guess

Yes. After having tied my Casefans to the CPU Temp and increasing Airflow a Bunch, my Temps dropped a solid 5C. So, with the stock cooler, proper Airflow in the case makes a world of a difference.

I set my cpu fan setting to something like this, I’ll leave it like that until your photo. I also changed the case fans to read the cpu temp instead of “system 1”. I’ll check if it behaves different now 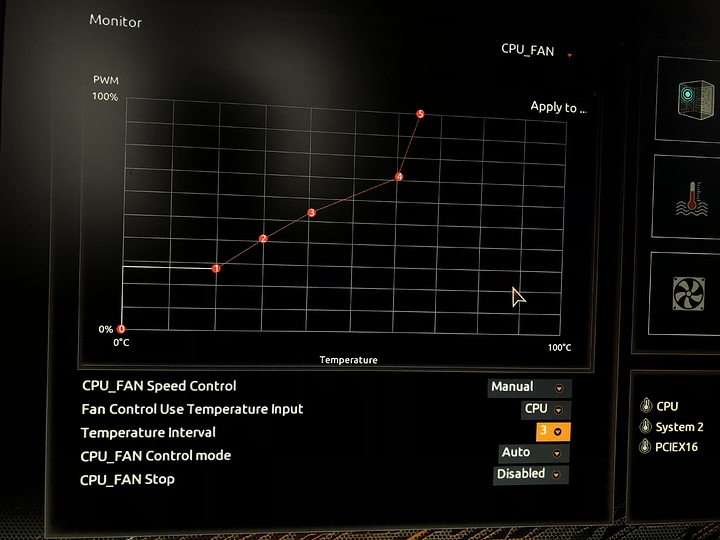 That is pretty damn impressive!
My room has a noise flow above 40dB©. 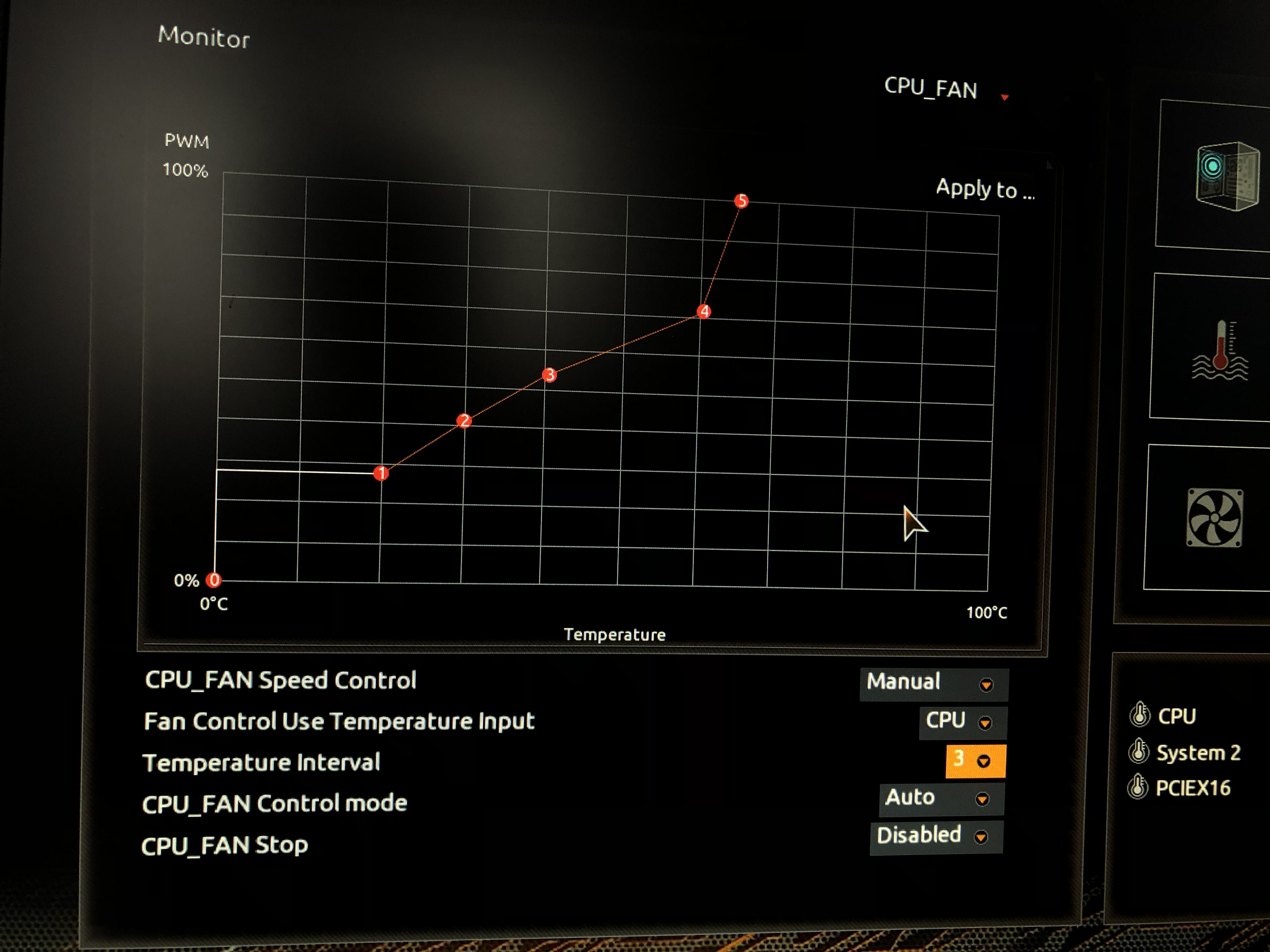 Look at the graph, for 40 to 50, you are on a part where every tiny change in temperature results in a different RPM. Maybe try making a flat line between 40 and 55? 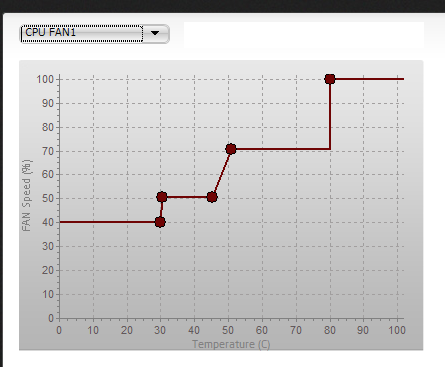 The other option is just buying a new cooler, I was thinking about the noctua nh-12s

While that is a nice cooler (I have one), there are cheaper options:
Thermalright Macho
Arctic Freezer 34
bequiet Pure Rock