hello all, ive been considering some potential upgrades for my setup, and according to my research, my titan Xs support Gsync, so i decided that i might get some monitors that support it. my current monitors are asus PA248Qs: 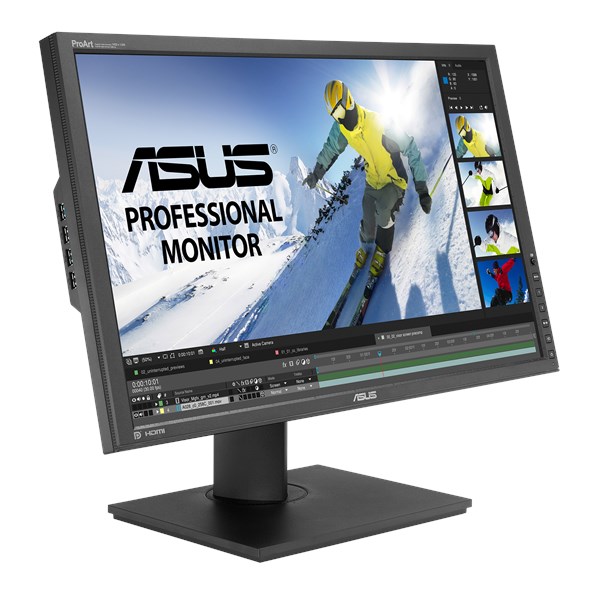 Experience professional-grade color fidelity and reproduction with the ASUS PA248Q ProArt LCD display. Each PA248Q guarantees industry-leading color accuracy, having been pre-calibrated to minimize the color difference ∆E <5 right out of box. It is...

i got these years ago, because at the time, they were the monitors i could get that had displayport, and they are LED backlit. at current im considering some other system changes, these hit me as something that i could change, and potentially see the most tangible difference.

as far as total requirements go beside G/freesync, and displayport, and LED backlit, the monitor needs to be vesa compatible and weigh 25 LBS or less (rated total weight for my monitor arms) 24inch

if its possible, id like them to be 1080P, but im having trouble finding any of those, so im not sure how possible that is.

if you made it this far, GREAT, thanks for reading, and i welcome your recommendations.

Well… first you need to decide whether you want to go for G-Sync of FreeSync.

nvidia doesn’t support freesync on their GPUs, and in their endless generosity they also don’t allow G-Sync panels to also support FreeSync.

Since the Titan X is not exactly the newest GPU you have to decide whether you want to get a G-Sync monitor for your current GPU, which would also (more or less) lock you into the G-Sync ecosystem (if you want to use it that is) for GPU upgrades that may or may not be coming soon (well, definitely sooner then new monitors).

You could also get a FreeSync monitor, which wouldn’t support your current GPU (and probably no nvidia GPU any time soon), but is way cheaper then G-Sync monitors.

If you opt for a FreeSync monitor you could go for the hacky version of using a low-end AMD GPU as the display device while rendering on the Titans, but who knows how long this will work until nvidia blocks it on the driver side…

Like @mihawk90 said, Freesync and GSync are effectively mutually exclusive for GPUs and monitors unfortunately.

So if you want *sync while keeping your Titans you’ll need a GSync monitor, problem with that being GSync costs money. I honestly can’t think of any GSync monitor for $300. The cheapest one I see right now is the Acer XB241H for $345 on Amazon.

Freesync will save you money on the monitor, but to utilize it you’d need to buy an AMD GPU.

i had heard, in a few places i think, that you can “use” a freesync monitor with Gsync, its just not seen as a gsync monitor. in any case, im planning a new system with AMD parts, and i plan to use whatever the next GPU AMD releases is. so i thought about getting high refresh-rate monitors to replace my current ones, even if their not fully compatible with Nvidea

i had heard, in a few places i think, that you can “use” a freesync monitor with Gsync, its just not seen as a gsync monitor.

Nope. What you probably heard/read is that nvidia GPUs “work” “with” FreeSync. Which they actually don’t, it’s a hacky workaround that makes it work though, which is what I meant in my earlier post.
You can render on the nvidia GPU, but have the output come from the AMD GPU. The AMD GPU can of course use FreeSync, and just copies the framebuffer from the nvidia GPU.
But as I said, who knows how long that will work.

so i thought about getting high refresh-rate monitors to replace my current ones, even if their not fully compatible with Nvidea

Then you’re probably looking at FreeSync monitors, those can be reasonable in the 300$ price range. I can’t say anything about specific models since I’m not too much into monitors at this point (because really, how often do you buy one

), wendell has some reviews on the Channel though for cheap, but reasonable monitors.

Just a heads up, word on the street is that Nvidia is going to be supporting FreeSync soon. I heard it from @FaunCB, so he may have more deets, but I thought it would be relevant to this discussion. Especially since gsync typically adds a bit to the cost to the monitor.

ive done more digging and researching. yesterday, i came across this monitor:

added bonus, its reviews are all really good. i really think this is the monitor ill upgrade to.

I got a couple Acer 144hz freecync monitors for cheap last year. Kinda want one more…

this is true, it seems that working retail has made me ‘numb’ to black friday, and i totally forgot its really close. ya i guest ill wait for a bit see what pops up

adaptive sync monitors have been around for a few years now; you can find some used or refurbished on ebay for pretty cheap. i recently picked up a new uhd ips freesync hdr one from best buy- it was the best buy version of another retail LG monitor. retails >450 usd minimum, down from 550-600. I got it for $380 since it was a return- the only thing “wrong” with it was that the menu wasn’t set to english. I found the manual, changed it to english, and saw the power on hours were basically zero.

anyway, consider returned or refurbished monitors, they can counter the *sync “tax.”

yes i am doing SLI currently. good to know, but to be honest, im not gaming quite as hard as a used to, so a drop as bad as 30% may be something i can live with. though you said that for G sync specifically, do you know if the same goes for freesync?

Since SLI and FreeSync are currently mutually exclusive (SLI being nvidia and FreeSync not being supported by nvidia) there is literally no way to know.

Not sure if it’s the same for the hacky workaround-solution.
That one has only been around for a very shirt time so I don’t think there’s data on that.