Considering moving to Solus from Ubuntu Any Thoughts?

Solus is cool, they have had a bit of a rough time of late when their lead dev stopped working on the project. The community had to rally round to take up the slack.

From all that I’ve read they are doing pretty well. 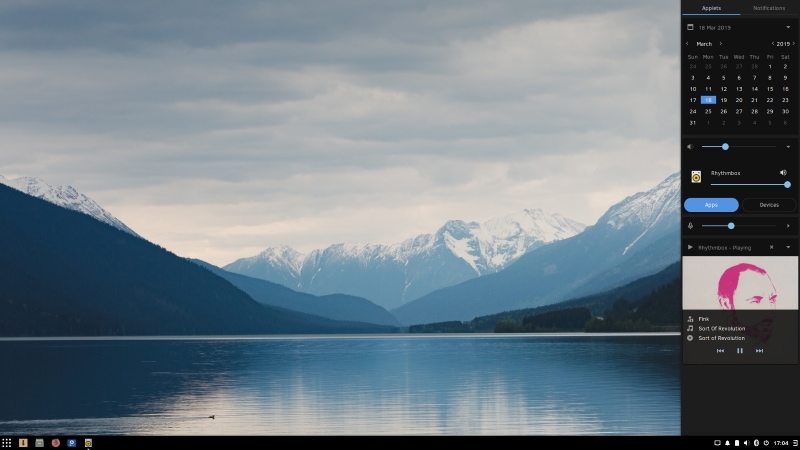 The latest and greatest Solus Linux release is here. It's a significant release because it's the first major release without the project founder Ikey.

Yeah, I wouldn’t be too concerned about Solus’ community change.

They’ve just made a major release, which bodes well. And Ikey Doherty’s got code commits in that release.

The bumpiness was mostly in the infrastructure, like access to the accounts for servers and domains. That’s been resolved, development continues, and the guy who once ran the distro is still contributing to it, just not in charge.

Thank you all for your input. I decided to switch over to Solus for now. I don’t distro hop, since is just is inefficient to redo my OS everytime I think the grass is greener on the other side.

I personally not really see much of a vallid reason to go from Ubuntu to Solus.

The reason I want to move from Ubuntu isn’t that there is some major issue with ubuntu or that I think Solus will be significantly better. The reasoning is simple, Solus is a rolling release, Ubuntu is not. Why does this matter to me? I use my linux machine for gaming, and these days there are a lot of improvements happening in the graphics stack, and since Ubuntu only updates mission critical components to the latest stable release every 6 months I tend to have to add extra PPA’s to run on the latest stable software for a lot of OS components.

The reason this is a big problem is that when upgrading from one major release to another there are potentials for dependency conflicts and other errors that occur from me using a newer kernel or a newer version of other components.

So far Solus has been realy good. Performance is realy good, starts realy quick and does not hang on shutdown. In FFXIV running through wine with esync and DXVK I actually gained 10 - 30 FPS ingame compared to an identical setup with Ubuntu 18.10. Not sure what exact component of the OS that improves it that much.

I like budgie, it is simple but still have a lot of functionality the Gnome only has through plug-ins. I do miss an overview of all my open windows by pressing the super button, which is particularly useful for finding a window on a screen when the main screen has a fullscreen application in it. They should also implement window previews when hovering over application icons in the application bar, which would make it simpler to select the wanted window when multiple of the same application are open.

But yeah, so far so good.

In FFXIV running through wine with esync and DXVK I actually gained 10 - 30 FPS ingame compared to an identical setup with Ubuntu 18.10. Not sure what exact component of the OS that improves it that much.

Probably the newer Wine. The 4.0 release did a ton of work on DX12 support, which translates to Vulkan behind the scenes.

Nope, using Wine 3.16 staging, since there are FFXIV specific patches in the one I am using, also FFXIV is DX11 which means is uses DXVK and I was using the newest version there. I use lutris to manage the optimal wine version for the application I am trying to run.

That is off course fair enough.
Ubuntu is not ideal if you want or need to be on the bleeding edge of software,
and kernels.
Solus is not a bad distro it is always worth a try.
But i suppose that something like Manjaro or Antergos which are Arch based,
might suite you better.
Because there is a bigger support base behind them or Arch itself.
Solus is independed and still pretty small, the head developer left the project,
and the core users can only hope for the best of the future of Solus.
I saw that they recently released a new version after a long period of silence.
So that is kinda a positive thing.
i have personally tried in the very beginning of the project.
And for me personally the lack of available software packages was a reason to move on.
But of course they have improved on that significantly.

I run Arch on my server, but I prefer to not have to maintain two arch installs at the same time. The reason for Solus in particular is that it has focus on delivering a rolling release with an emphasis on remaining stable and not shipping potentially buggy packages. The repo has everything I need for now, and it supports flatpak amd snap packages so you have to look hard or go to less common packages before it will get in your way.

The AUR for arch based distros is nice, but I prefer to maintain as few packages as possible manually, and my experience with Arch and arch based is that you need to be a little more hands on with them.

Arch is great for my server, on my desktop I want something designed specifically for it and to not break, and that is the core philosophy that Solus has.

When it comes to the bumpy ride it had, development never stopped, but the guy who used to lead the project retired from it, and they had to reorganize quite a lot. But since early november last year it has been chugging along nicely.

The thread was mainly for the purpose of seeing if someone who had been using Solus recently had any bad experiences or warnings, but seems like the people who have been using it are happy, so for now I will stick with it.

The thread was mainly for the purpose of seeing if someone who had been using Solus recently had any bad experiences or warnings, but seems like the people who have been using it are happy, so for now I will stick with it.

I would love if you could after a bit with your thoughts and experiences on it. Your threads are informative.