In addition to (not in lieu of) @SgtAwesomesauce’s gaming thread, I’d like to pose a question on any hackathon interest?

All experience levels welcome, we’ll vote on a project (including from scratch ideas) and vote on a tech stack.

Would anyone want to do a hackathon in the L1T community?

More to come based on responses. We’ll do one small (5 to 7 people) or several small teams contributing to the project depending on how big it gets.

I’m very interested, but also very lazy and opinionated on how I use my time. The project itself would have to appeal to me.

Also, only willing to contribute code or assets if they’re Free Software. I don’t suspect that’ll be a problem on this forum, but wanted to put it out there.

Also, only willing to contribute code or assets if they’re Free Software

Um… What is that?

An event to build a software project, usually something simple that can be cranked out in a few days.

Generally used to introduce new programmers to each other, as a team building exercise, or as something to do during downtime at conferences.

We could make a PaladinBot to battle the evil @discobot

Hi! To find out what I can do, say @discobot display help.

A personal assistant like Cortana, but for Linux & it has to have tourettes syndrome!

Keeping in mind I am an amateur game designer, my skills are crazy speciffic and I know no programming language what so ever, I think I won’t be able to contribute anything here…

Nearly all voice assistants currently depend on cloud services for voice processing.

Also, one of the Free Software Foundation’s “High Priority” projects. 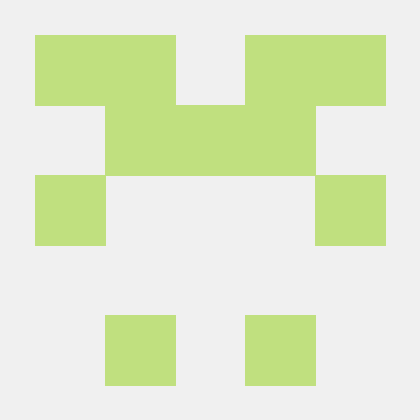 cheat allows you to create and view interactive cheatsheets on the command-line. It was designed to help remind *nix system administrators of options for commands that they use frequently, but not ...

Heck we could contribute to it or fork it

Nearly all voice assistants currently depend on cloud services for voice processing.

Only if we do an expert system written in Prolog.

ChromeOS has the cool ability to backup and to remember changes that you make to system settings, so that when you reinstall,those settings will be there when you log in. It will also automatically download the applications that you had installed on the system (I think they are working to do this for Linux apps).

So maybe a GUI tool like that for Linux users that will automatically backup changes that they make to their systems dot files or config files or whatever and compiled a list of user installed applications, and uploads the files to GitHub, and then downloads them and sets them up after you perform a new install. And the applications would be installed via a script that would use that OS’ package manager to go down the line and install the applications.

Something like this in one way shape or form already probably exists tho. Lol.

Could be accomplished by shuvving steroids into ‘entr’

I’m starting work on a project right now. I’m not sure if I’ll have time to hack on something else for a while now…

That said, I’ll be sharing what I have when it’s more… actually kinda sorta working.

Same, and it seems like it’s gonna get more busy there.

it has to have tourettes syndrome!

Tht’s the part we have to do. Mycroft is the only I know.