Up until recently Linux has been a bit of a play thing for me but now that I want to use it as often as is possible I need to consider a reliable backup solution. Ive taken a look into the default service that is included with Ubuntu (im using Ubuntu Gnome 14.10 with all Gnome packages updated) and for some strange reason it doesn't want to play nice with my NAS (which is where I want to store the backups) and it looks like it doesnt do a whole system backup either for things like setting, themes, and programs.

Does anyone know of if there is a backup program that can restore the whole system if everything goes sideways? Preferably something that can be used with my NAS and has a GUI (my heart isnt set on a GUI but it would be nice)?

I look forward to your help, you always have the best advice.

P.S. Mods, maybe this could be a sticky? I know theres probably alot of linux newbies like me that would find the answers to this greatly beneficial.

I have Ubuntu Gnome 14.10 and i use the built in backup to the nas and just add the folders that you want it to add by default it only does the /home/$USER. 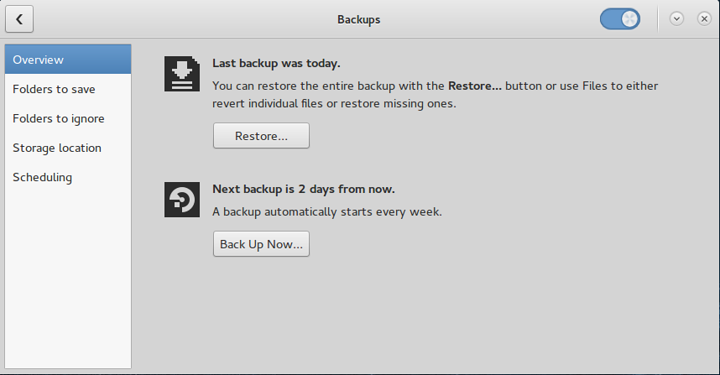 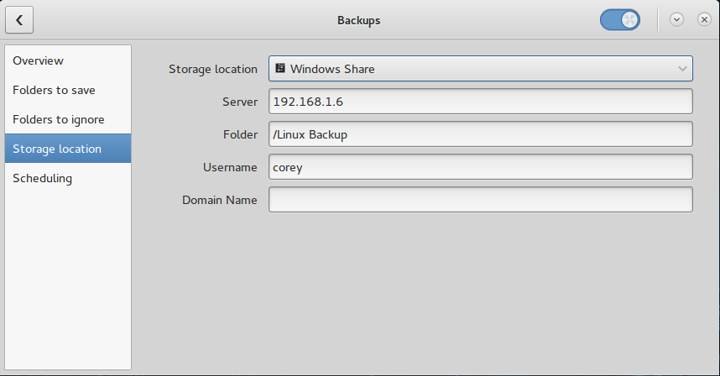 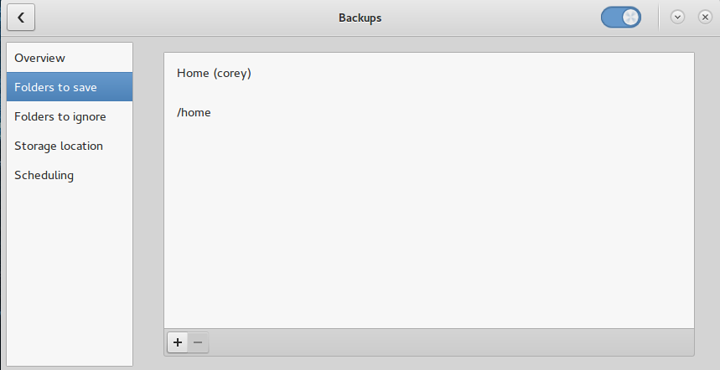 When it goes to backup it will ask for a password for the NAS, just enter it and ether have it remember it or you'll have to do it each time it wants to backup.

If you just want to make an exact clone to another drive or an external drive, you can use Clonezilla. It can clone drives and create drive images.

I use rsync then tarball the backup to a single file.

Throw in some cron jobs to increment by date, delete old files, etc.

Thanks for the input guys,

I took a look into clonezilla, its almost as though you need to boot into clonezilla seperatly??? (Confused Face) im not too sure how thats meant to work ... or is it just some terminal commands ...

I'm not too sure about rsync, ill be totaly honest, I don't know the command line that well so im not confident in performing this type of critical function in there untill im positive I know what i'm doing.

I know that this is going to sound stupid on a linux thread but ... is there anything just kinda plug and play that does a similar thing clonezilla without the hassel?

More for server perhaps but I'd recommend BackupNinja

There is a text gui called 'ninjahelper' which will get you a functional system up and running including setting up keys for unattended SSH stuff. The .sh handler is very useful, I have it making LVM snapshots before doing an rdiff that I made with ninjahelper.

I personally don't bother with image based backups, just save your home folder with deja-dup, then when needed install a fresh OS, log in and restore in place and pretty much everything will work, maybe for a few days you'll be installing packages as you need them, or you can work out how to back that up too (eg dpkg --get-selections, dpkg --set-selections)

Also I did use MondoRescue (http://www.mondorescue.org/) years ago but never did a restore, I'm sure it works :)