Check out my rack!

So I got bored today and thought I'd clean up my server room. 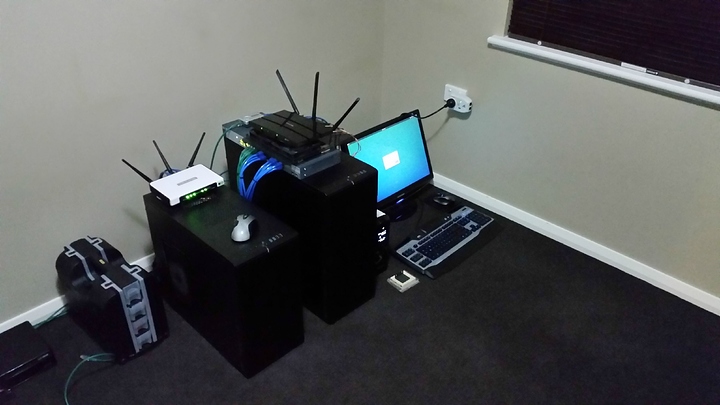 And this is what I've spent half the day doing: 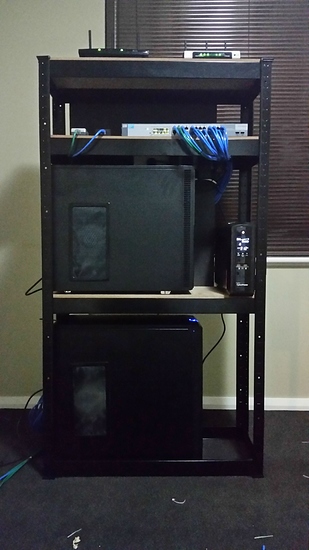 Wow, this looks very neat. One of the kind of things I'd like to do, but I wouldn't have a use for it to justify buying all the shiny toys.

It started out as an old athalon and a couple of external hard drives, this is 8 years later :P

What do you use this for? I would like to do something like this, but as I said, I don't know what for^^

The big one at the bottom is a file server and VM server, it has about 20TB of storage which I just use for media. The smaller one is a pfsense router. I run a mail server and some other external things but it's mostly just for my home network.

Must.. resist..
I should probably wait until I have my own house til I set up a home network^^

Alteast I won't hear any "Son, you broke the internet!"-cries then..

Well my internet was down for about 4 hours while I was putting this all together, I'm sure my neighbours who enjoy leaching off my public wi-fi weren't too happy :P

I don't know where you live, but I'd be careful with an open WiFi. Here, if anyone does some stupid shit over you internet connection, you're responsible.

I'm in Australia, as far as I know I'm not responsible for what others do with my internet connection. Either way I keep an eye on it.

Is 312W the power draw for everything?

OMG, this is one of my dreams... to make a home server for my media files.

Where did you get the shelves from? I really like your setup. It looks simple and well organized. My network equipment is quite the mess right now.

This nice setup! I've been working on my own little setup as well. File server for backing up all my family's computers (About 10 of them!), mail server, NAS, and so forth. Pretty awesome.

nice, you may want to get some black cable slips (covers) to conceal them if you want.

Yeah it's kind of overkill :P on average for everything including a couple of things powered by poe it uses about 240w. I think I had just turned it all on which is why it's saying 312w.

I got them from a local hardware store for about $60

Yeah I was looking at all that stuff yesterday, I will probably go that route eventually.

So I went back to the hardware store yesterday, I wanted to put together a little work area for computer stuff so I'm not always using the kitchen bench. I think it turned out alright. 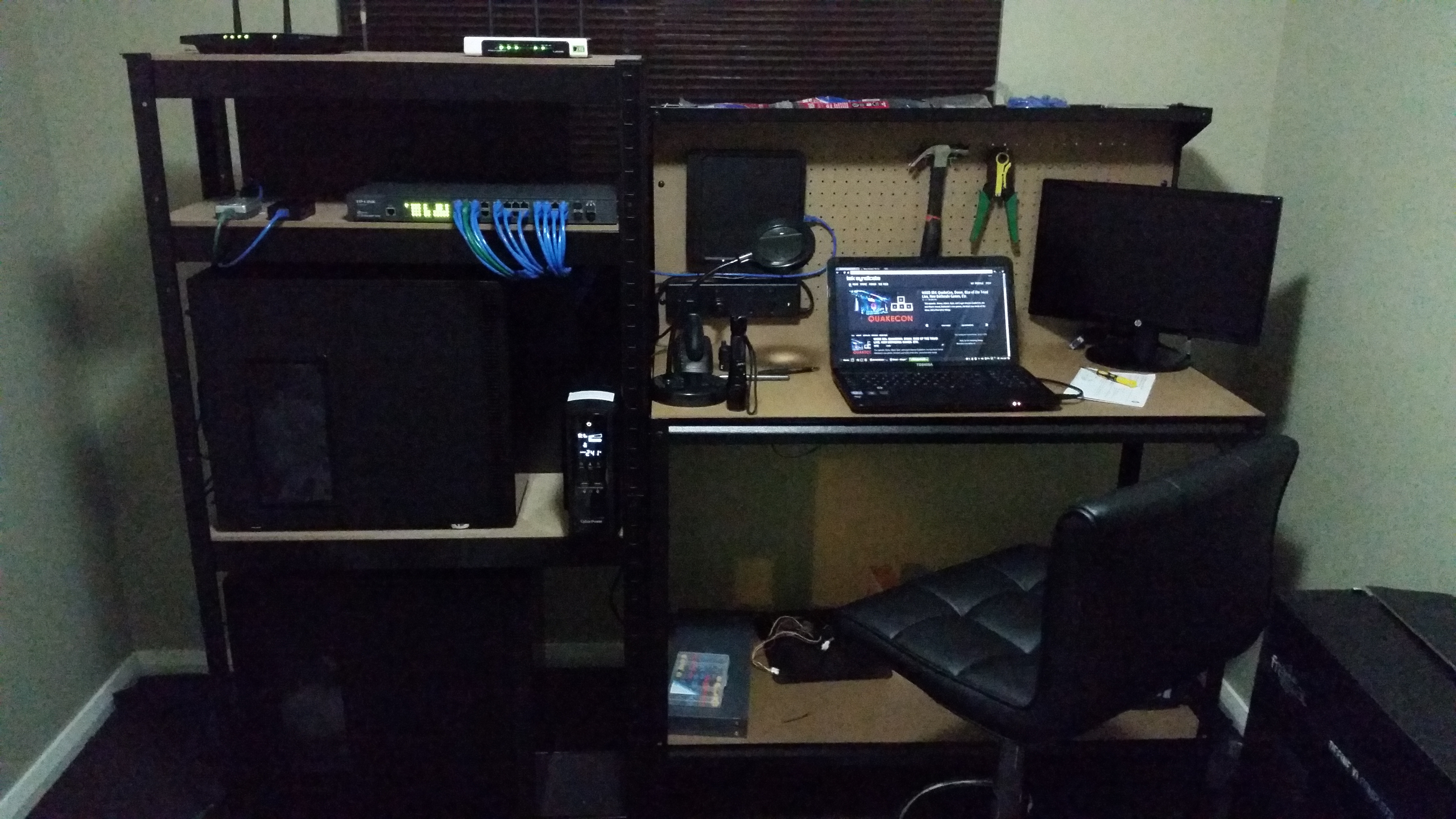 It's only taken two years to move everything off the floor :p

my understanding in aus is that if its open you can not be held liable but if there is security even if u hand out the key you are then liable. but this is aus and unless ur uploading cp no body cares what you do on the internet lol