This isn't a proper tutorial, more of an intro to a lil program I recently discovered and wanted to share. It's a simple python script so it's not limited to linux. Mods feel free to move if there's a better place for this.

Keep forgetting those variables? No time to read man pages? If you're a noob like me you're gonna appreciate this nifty 'assistant'.
Noobs and overlord sysadmins, no more googling for answers - setup your personal cheat sheet to get those unfamiliar commands in an instant. 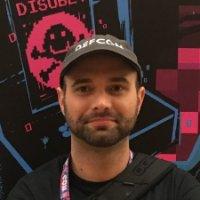 cheat allows you to create and view interactive cheatsheets on the command-line. It was designed to help remind *nix system administrators of options for commands that they use frequently, but not ...

It's a simple tool that that shows what you've noted down in ~/.cheat/foo - when invoking
~]$ cheat foo

Done.
It comes with some preconfigured defaults, to list all available sheets on your machine:

The default "configurations" are located in /usr/lib/python2.7/site-packages/cheat/cheatsheets/
You also have a .cheat/ directory in your home folder where all your edited files are located. 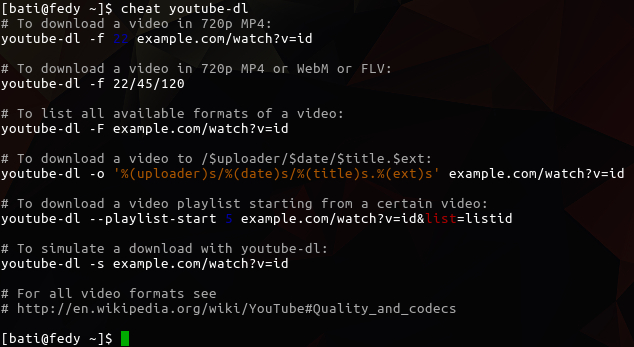 Looks good, but I don't need that wiki link so that can go, and occasionally I want something as an mp3, so in case I forget the command the file can be simply edited with

The edited file is saved in the ~/.cheat/ directory.
New try, now howto mp3 is included: 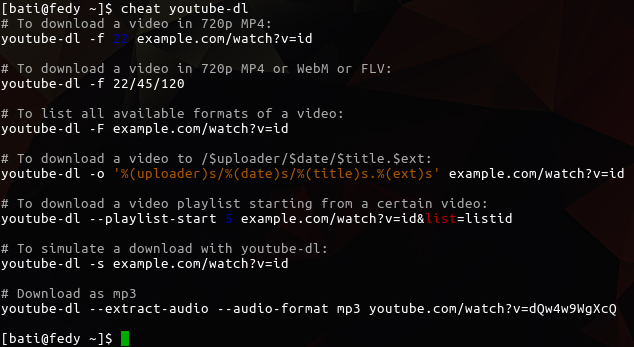 Yay!
But what if I forget the program, i.e. in this case youtube-dl, and all I know is I want an mp3... I can search for keywords in all files by invoking * -s*

Simple as pie yet very useful, this can be used for any kind of note-taking so basically only your imagination is the limit on what to show.

Thank you very much. Reading through the manpage just to find a single option is often a pain in the ass and very inconvenient. Very useful. 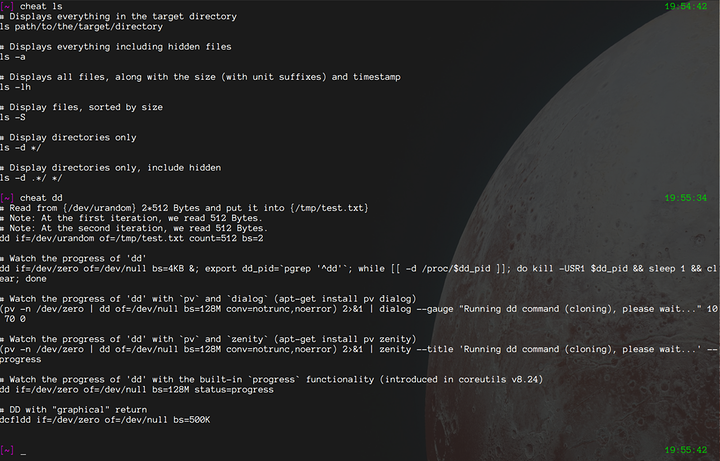