Century Link are a bunch of rank f**kin amateurs

So, as I promised in The Lounge, here is my story about where I was for the last half of last week and first half of this week.

Day 1:
I came home last Wednesday (Sep. 6th) and got online for about half an hour. Then, boom, DNS errors, red DNS light on modem/router provided by ISP. Of course I tried turning it off and on again several times. Their phone support line says nothing is wrong, or at least their “cutting edge automated systems” say so.

Finally get to a person and they claim it’s the modem having gone bad after 4 years or so of service. They claim that since we bought this one from them, we have to buy a new one. I guess that’s fine since it beats “renting” one for years at a time.

Day 2:
Left the modem unplugged all night and try it again the next morning. This time, the “ethernet” light is the one that is red, while the DNS light is just dark. From my past experience with them and my mom always forgetting to pay some bills on time, I know that this means we aren’t receiving any kind of signal or connection from the ISP. This irritates me as I know I paid the bill two weeks prior.

Later that day after I get home from work, and decide to try hooking up a TP Link modem I had bought off of a co-worker for the very purpose of seeing if my ISP provided modem was the reason I have constant service drops resulting in “DNS errors”. Hook it up, configure everything the way it should be with this ISP (interesting note, it was mostly already configured right since the coworker had Century Link at his last apartment and was using this modem on said connection)

Call in to the ISP, go through obnoxious automated system that constantly suggests I go online, despite me having no internet, despite knowing that I have no internet after it ran its “cutting edge automated systems” that determine something is wrong. I get that it’s just an automated system, but still. Change the script when it’s transferring you to an actual person. Get through to said person, it turns out there is “an outage” in our area. Fine, whatever, I have no choice in ISP’s except for Hughes Net which…fuck Hughes Net, I’d rather use dial up.

Day 3:
Same deal, try a power cycle in the morning to no avail, head off for work, get home, still nothing. Call in and they claim the outage is fixed and everyone is back up. They claim they see nothing wrong from their end, but agree to send out a tech to check things out.

Problem is, next available tech won’t be able to get here until Tuesday of next week (Tuesday of this week, or Sep. 12th). Cue angry workaholic father who travels as well as working from home, angry because he got rid of his Verizon hotspot thingy after I hooked up a better wifi router for him to get wifi from his laptop, and now cannot work.

Weekend:
Nothing. Just nothing. Had to work overtime on Saturday, which was okay I guess. Not like I had anything to do at home except laundry.

Day 6:
My dad gets a call from said ISP inquiring as to whether or not our internet is still down… Really? He confirms that it is indeed, still down and hasn’t magically fixed itself.

Day 7:
Technician never calls, never shows up, ISP ends up admitting that a work ticket was never created or issued. VERY irate father informs ISP that he has lost thousands of dollars of business over this, and with his wife being recently deceased, his kids on their way to being able to support themselves, he has no problems at all, and I quote, “making it his mission in life to put their company out of business”. They agree to send out a tech, and attempt to try that “earliest possible appointment” bullshit again, to which my father responds “your earliest available appointment is tomorrow morning, end of story”. They agree to this.

Day 8:
Technician shows up around noon, replaces the modem/router and all is well. They even agree to provide said new modem/router for free. Annoyingly to me it’s a different one than previous, so I will have to relocate the screws I had put in the wall for mounting the previous one and doing not-terrible cable management.

For about 5 hours. About 15 minutes before I get home, it drops out again. Same problems. I spend an hour on the phone with a very nice gentleman from North Carolina, and somehow we get it working. He can’t detect any instability in our connection (despite my records documenting how ridiculously bad our line is) but was very polite and very nice.

Day 9 AKA last night:
Get home, all seems well. Internet drops out about 10 minutes after I get on. About 20 seconds after I enter our account billing information into the automated phone support line, it comes back up and has been up since.

And here we sit. So far it seems fine, but I remain skeptical. I should be somewhat understanding, since I know a little bit about networking (enough to know how much I don’t know at least) and am cognizant of the fact that our driveway is 7/10th’s of a mile long and we live in the middle of nowhere.

But I still do not care. As a paying customer for 5 years, I find this unacceptable. We have called in numerous times over the years because our internet randomly drops for no reason at all. Not to mention them lying to us on the phone for the first 2 years and telling us that we can only get a 3Mbps connection. Only found out the truth when we got the second modem from them and the tech told me “Well that’s bullshit. All I have to do is move some cables over” and he gave me his name and technician number to give to the people on the phone, about 10 minutes later we had a 10/1 connection.

At this point, I am just done with this 2-bit halfassed ISP. I’d take Verizon or Comcast over them any day of the week. Unfortunately the only available alternative is well…Hughes Net. And to round out an already shitty two weeks, I’ve got a head cold.

Edit:
TL;DR: Rural ISP sucks a big one, has no idea what’s going on or is flat out lying about it and doesn’t want to replace 30 year old phone line. Oh and lies about making an appointment for a tech to come out.

This is I’m sad to say incumbent ISPs the world over. As someone who lives in the UK and works for an IT and Telecoms company who regularly works with suppliers who use BTs infrastructure (or TalkTalks, or Virgins, etc) they are all like this when you live far from the nearest exchange and the copper has basically rotted away at this point but replacing is a cost to them they aren’t willing to pay for.

At least in the UK we are starting to get (at least on the Business side of things) ISPs crop up who are City local ISPs and are running their own Fibre infrastructure for Gigabit connections at reasonable rates and tying it into the local councils and area so those same bodies have an incentive to make sure it stays running.

There are still parts of the UK that have basically no BT infrastructure worth more than dial up so even some small ISPs offering decent DSL services where the incumbents can’t provide.

Sadly I get the impression the incumbents in the US are a lot more tied into the legislation over there then any of our ISPs seem to be here which I imagine along with the anti competitive things I’ve heard said ISPs do makes it difficult for any half decent startup to show up.

constantly suggests I go online, despite me having no internet 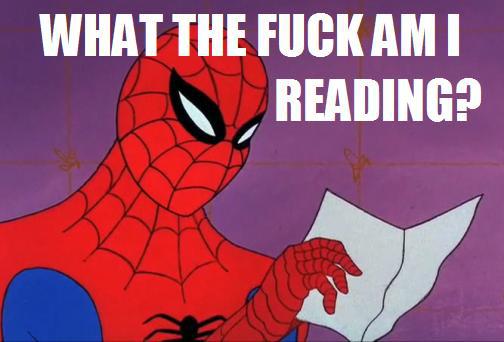 This is Virginia, which tends to have a “do whatever you want to consumers” attitude in regards to businesses. It’s the same with employers as well. Sadly, trying to convince older conservatives that businesses have a responsibility towards their customers to actually meet what the customer paid for is next to impossible.

Still, at least I can own a firearm and say words like He and She.