Card payments on the phone

The other day I accidentally tapped my CC on my phone and the phone denied something with NFC. So I thought, is it possible to take direct offline payments by phone NFC? I have the Samsung Galaxy S21 5G.

I know that Zettle has some phone attachments and such but without expansion equipment, would it work?

Yeah phones with NFC and Google Pay typically are usually capable of using your phone to pay by tap.

I have not set it up so can’t advise one it further but it is definitely a thing.

I mean, how would I be able to receive via touching a card on my phone?

Your phones NFC is 2 way. It can send and receive.

As far as I know you can literally tap your card into your phone, again have not and don’t intend to, but in Google play it will ask you set it up and do just that.

i don’t belive this is a thing … at least not in my country.
The card reader HAVE to be able to talk with the card network (mastercard or visa here)

That aside, with your phone and nfs enable you can read data out of the card.
There are opensource app (Fdroid) that allow you to visualize that data, at least they were some a couple years ago.

If i remember it right, you have a log of the last couple nfc transaction, the X last or first digit of the card, and some generic information about the card (maybe name of the holder ? can’t remember).
Nothing fancy, but enough to bother me.

Also from memory, i believe you can’t make a payment with a phone because the card reader have some special crypto key that allow themself to do more with the card. This is why all of them ‘self-destroy’ when you open them.
Can be wrong there, as i know some smart people managed to debit card with gear in there bag, but i didn’t dig much more.

So in short, you can read some information, but i don’t believe any of the big network allow an official way to cash in from a smartphone.

I assume this is the same with bank cards, but when I tried to scan my college card (used to enter the campus) the few apps I used did receive a string when i tapped the card to the phone however it did not work when I tried to broadcast the card signal - i believe this is due to the card being encrypted? I would assume if a school id card is encrypted to a certain echelon than a bank card would be many levels above that.

Related to this, does anyone know of an alternative tap & pay app to google pay?

Well there is Apple Pay, Samsung Pay, AliPay and quite a lot of banking apps, for example SEB app.

But well, I have taken a few courses in PCI DSS, Payment Card enviroments and such, the equipment is like nuclear launchsite level of encryption. But well, I guess you can’t have good software encryption if the hardware allows loopholes so that is probably why I would need something like iZettle phone card payment extensions.

I don’t think it’s possible because no app just dumps the exact content of your card but what those banking apps do is getting the authorization from your card to create a virtual one with the same capability to allow payments from your bank account.
For example, if you check the credit card number the Google Pay card equivalent of your physical card you’ll see that the numbers on them don’t match but you’re still allowed to use it to pay stuff.

So I thought, is it possible to take direct offline payments by phone NFC?

I work in a restaurant. It is super common for people to pay with their phones.
I am not sure what NFC is and I think you do need to be online to be able to share data with the bank, but I would say it’s not a bad choice. It requires you to turn on the app or verification code or fingerprint scan before it works, so it’s a bit safer than the regular wireless cards…
On the other hand the chip cards are still safer than both options…

It is super common for people to pay with their phones

create a virtual one with the same capability to allow payments from your bank account. 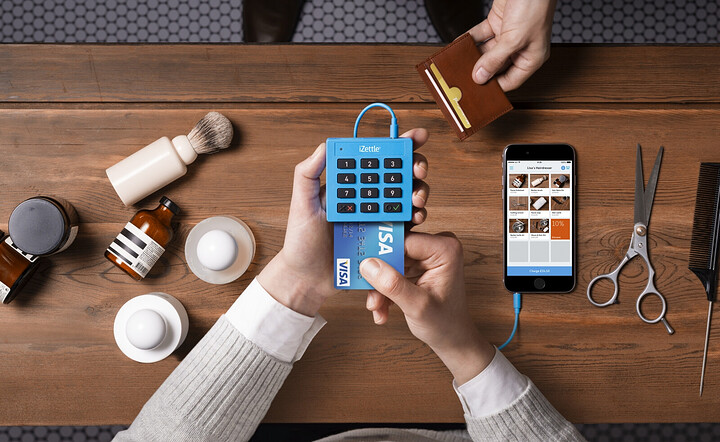 So … what was the question ?

Well ye. I was asking if it was possible to take payments from cards or other phones via just my Samsung phone.

Sorry my bad. I had that the while wrong way round.

SumUp are a company that do NFC card readers that are basically just a small num pad with NFC and a slot for chip and pin. It ties to your phone as far as I know. So it is an additional thing but it will take payment some which way. Definitely not possible, especially if you want something totally offline.

My answer was an example on how payments through NFC works, so that’s why what I said might’ve been mistaken.

All the solutions posted like Zettle or Sumup require you to open accounts on those platforms and have money dumped by them on your bank account. They require an internet connection else they’re not gonna work. I hope this clears up my answer from before.

Offline payments are in the payments market not offline, they mean that you are not on a website transferring money, but locally at the store paying for the items.