So I use a aluminium (yes i-am European) radiator at the moment,
Its from an koolance exos al i thought. and i currently use 2 120mm fans on it.
With a zm-wb5 cpu block for several years.
But I recently replaced my q6600 with another q6600 (with lower vid 1.2375 instead of 1.34 something , and much better oc potential).
However now i-am limited to heat.

Long story short.
I buy car radiator to put into my loop.

The car rad is also aluminium so no corrosion.

are there some of you that also use car rad's or other 'special' rads?
if so what are your experiences? and please show some pictures ;) 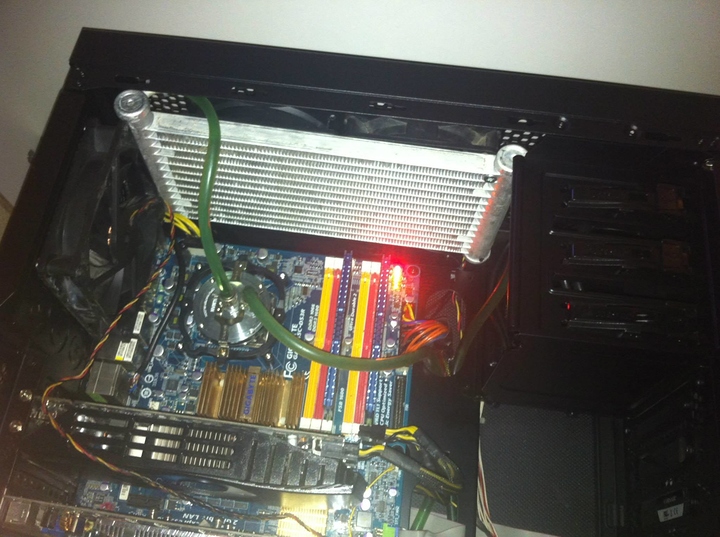 this is the rad i bought (i don't have it yet) 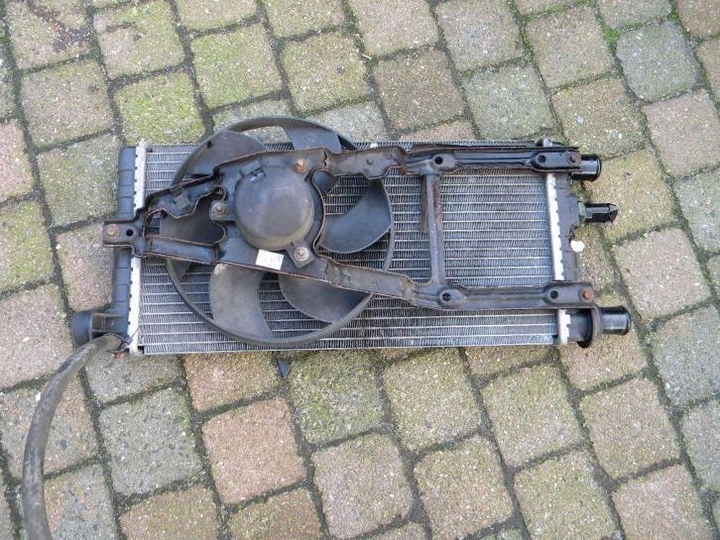 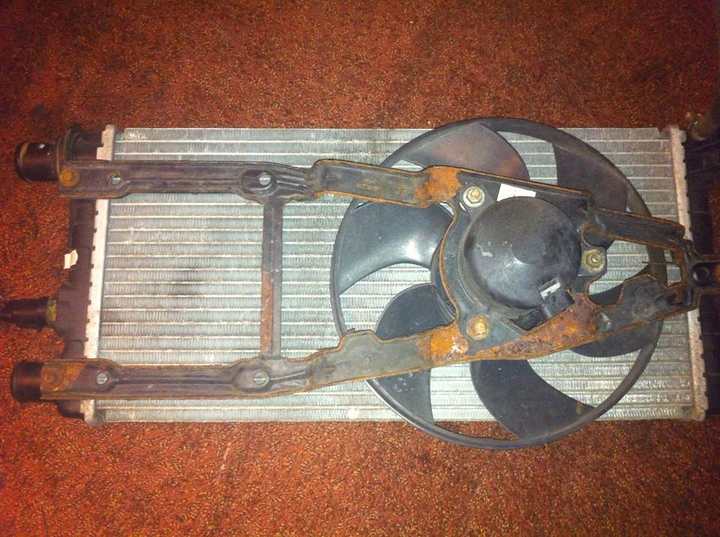 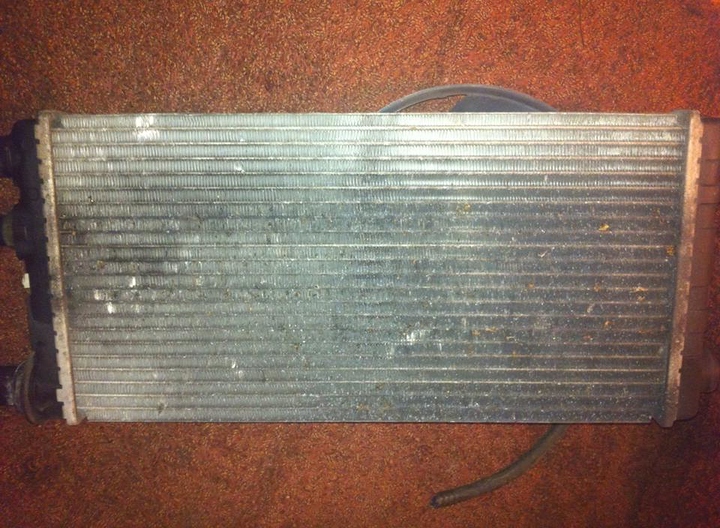 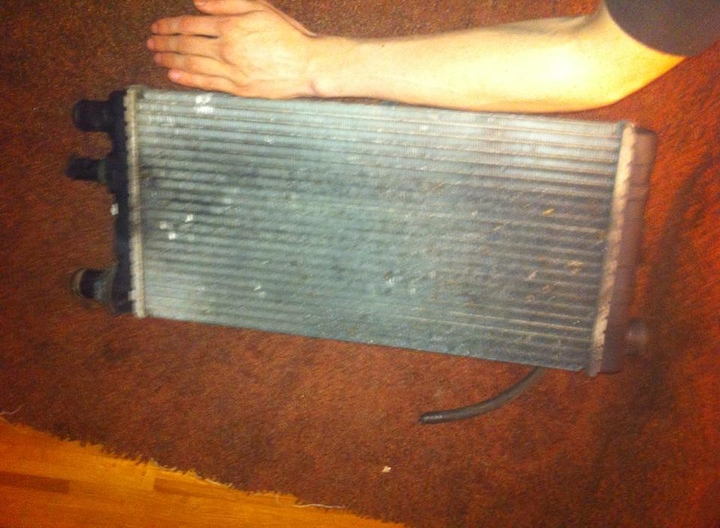 So i cleaned the radiator by flushing it multiple times and one time with soap.
some green junk came out (copper corrosion i gues..) but it's clean now.
I also took all the dead fly's of the frond and hosed the whole radiator down to clean it from the outside.
Right now it's just drying.

I wish you luck with your adventure!

My only concern from an engineering perspective is if you pump fluid from a smaller diameter tube (like tubing for PC) into a larger diameter tube (just look at those intake diameters!) you get pressure drop. I am guessing you will need a impressive pump and tubing on your PC that can withstand those kinds of pressures or I'm thinking you may have to do some sort of gravity based pressure for you system, then just put a pump at the end to go back into the car rad?

The pressure might indeed drop in the rad itself but when it goes out it goes into the small tube again.
So the pressure will build up again.
That way there is no difference in pressure in theory right?
Aso i-am going to use the rad flat instead of straight up so that it is easier for the pump.

I'm thinking you may need a pump on the return side of the rad so when it goes from big to small you can pressurize it. It's been a few years since I took my fluid mechanics class, and that was mostly just theory not application lol

Excited to see how this ends up working.

Hello there. I just completed a build my self using an oil cooler from a car (230x230x80). The oil cooler I used has much smaller fittings so it wasn't diffcult to connect to the loop. I will have to get back to you with some bench marks, but if you can work out how to connect a car radiator of that size you should be fine. You could try connecting a pump to the rad and seeing what kind of head loss you get across it, to give you an idea of what you're dealing with.

I'm thinking you may need a pump on the return side of the rad so when it goes from big to small you can pressurize it. It's been a few years since I took my fluid mechanics class, and that was mostly just theory not application lol

Excited to see how this ends up working.

haha my reservoir has got 2 pumps inside in series, both 1L/MIN so that is 1+1=1 still 1L/MIN but twice the pressure so that's nice.
only thing is.... i forgot what the output and the input is from the reservoir..

looks good, what are your specs? nice ol earthwatt psu haha.
i-am going to plug the radiator inlet and outlet up with a diy endcap with a hole in the middle that is the same size as my tubing.

Make sure you give that a good clean before you chuck it in the loop. But I'd advise putting a pump when directly going into it so you have decent pressure and perhaps another one elsewhere in your loop. For example Res > Pump 1 > Cpu > PC Rad > Pump 2 > Car Rad > Res

nice spec, but what do you need 20GB of ram for?

I don't really need it to be honest but it nice when I have a few VM's running ;)

Yes this is a necro, but 7 years later I’ve found some pictures that the community would find amusing.
56K WARNING!
Somehow I never posted result pictures. 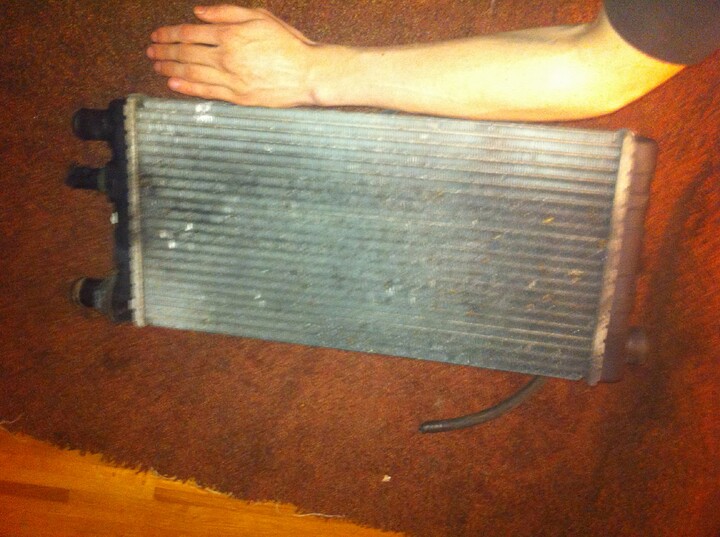 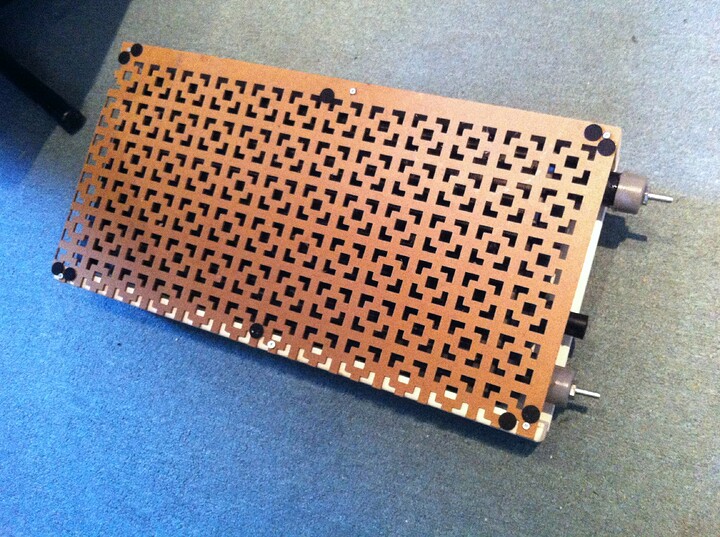 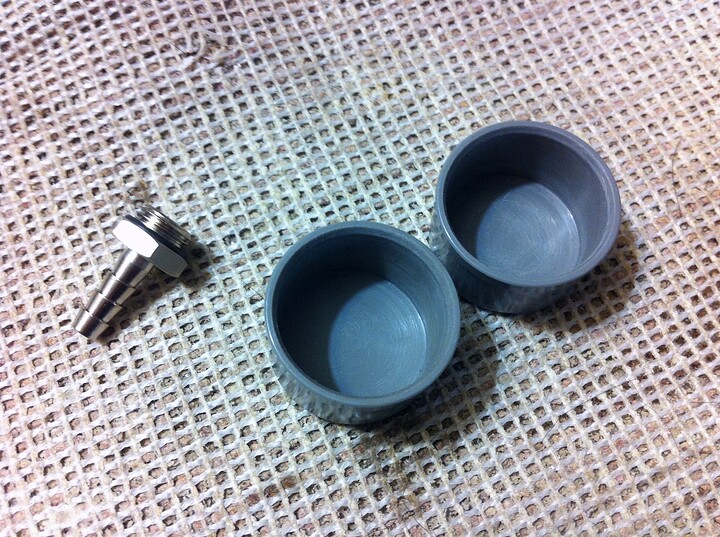 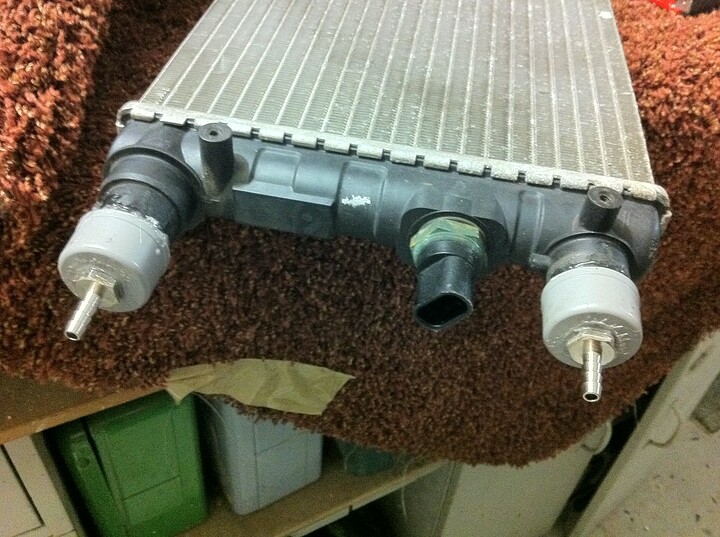 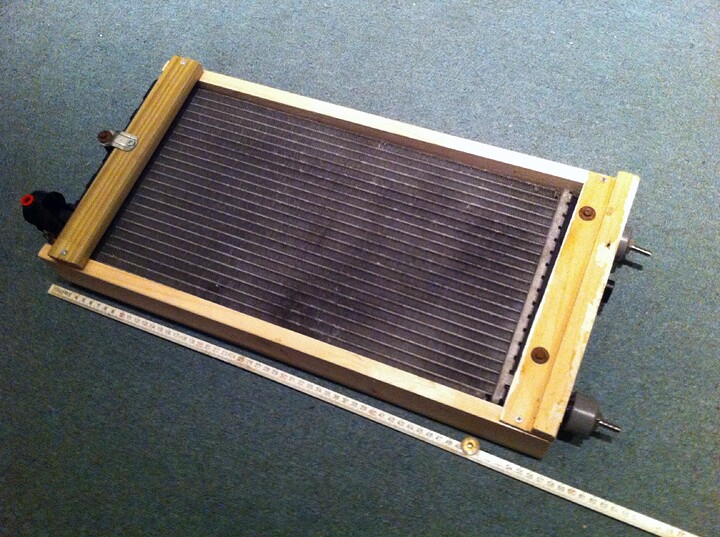 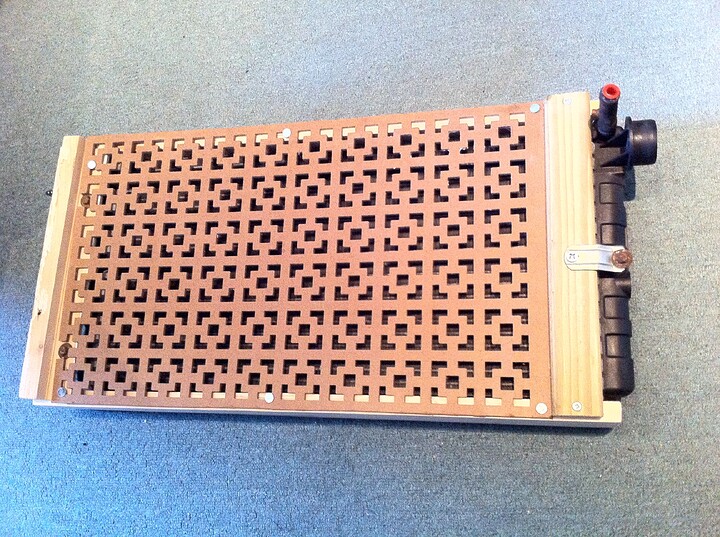 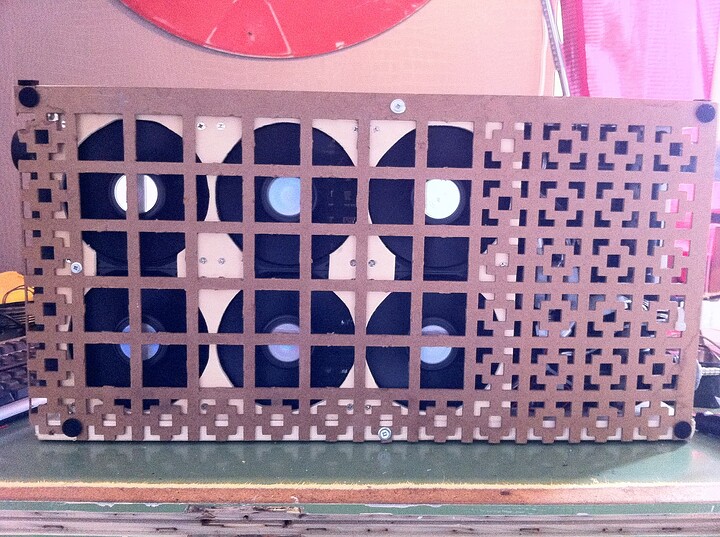 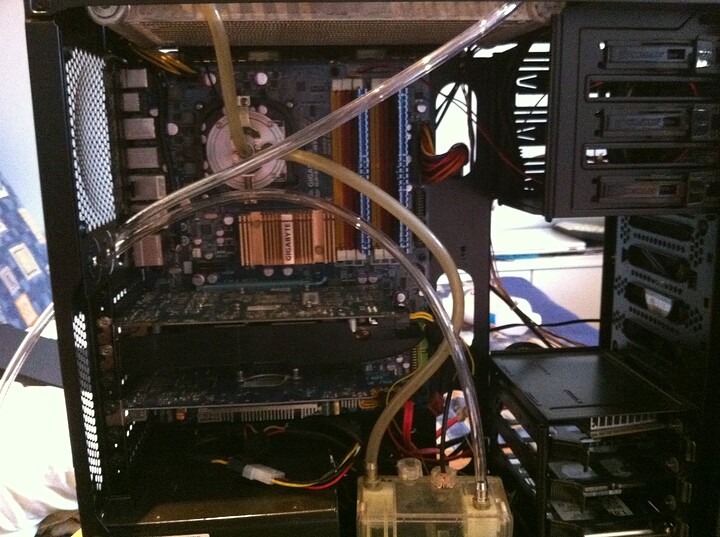 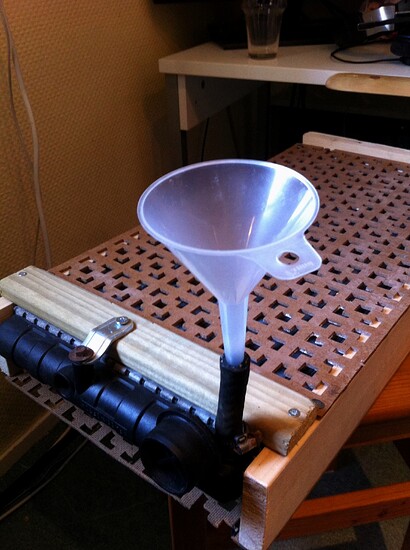 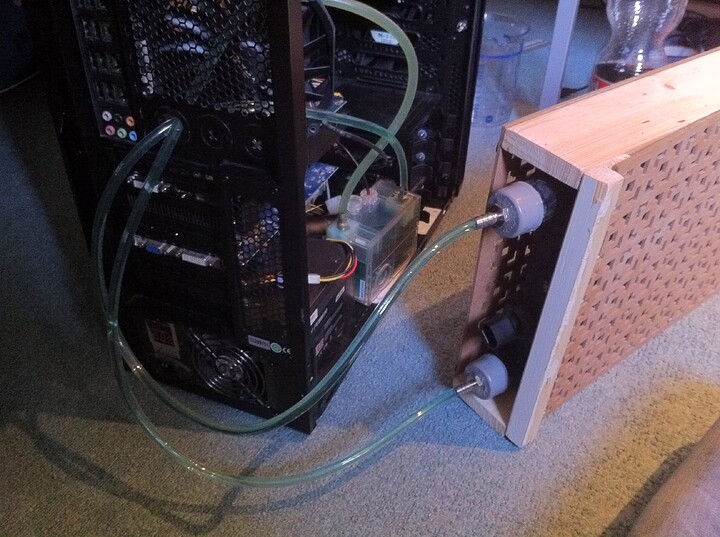 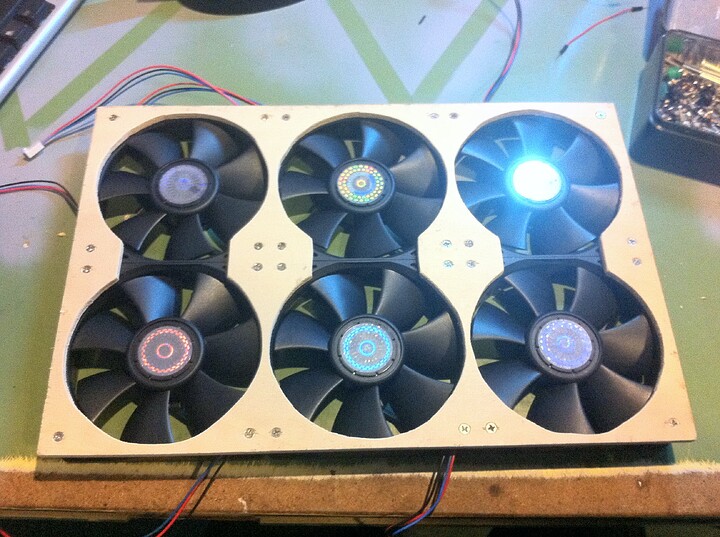 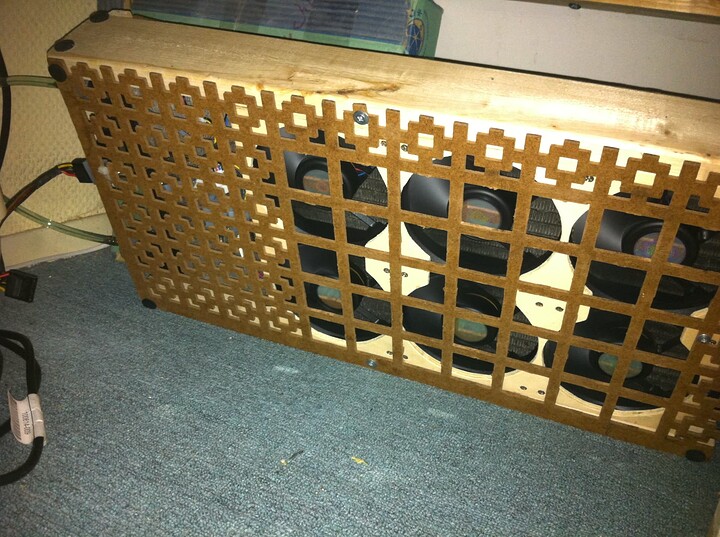 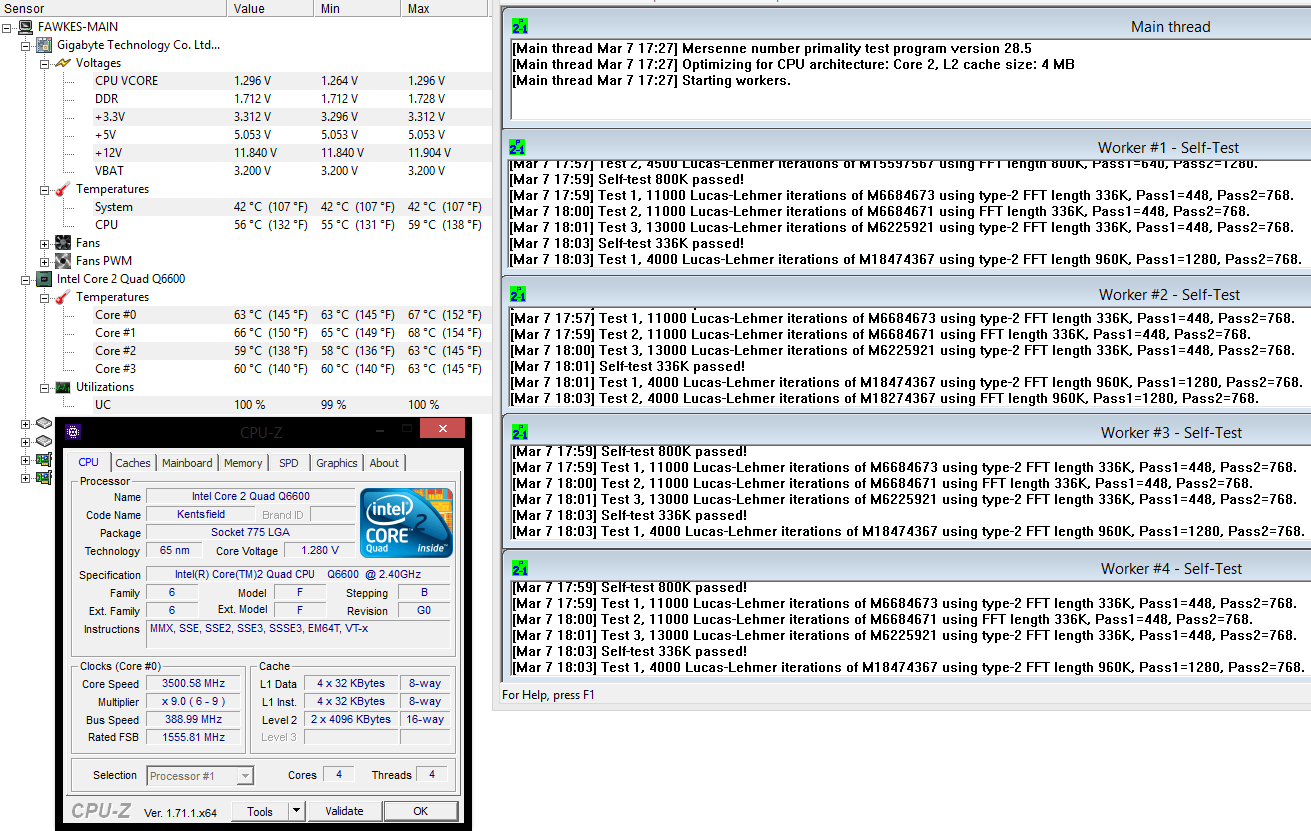 I remember it being a very effective space heater.