Can't upgrade pfsense getting this error or simply nothing happens

When I tried to upgrade pfsence from 2.3.4 to 2.4.0 either nothing happens, one time I got a failed with no explination in the web interface but mostly just nothing happens it says getting ready for a very long time and nothing changes accept when it seems to be working it results in this weird rainbow death alphabet screen on my vga console. Have worked at this from vga and web interface. In fact every stage even updating the repo list takes for ever. Over 10-20 minutes is that normal? Not sure but this install has always been very slow and it just seems like BSD should run faster on a quad core with 8 gigs of ram and barely any services running on a home network… It also takes for ever to detect their is an update available and sometimes just checks for the ever… Here is the photo of the error I get when it actually seems to be upgrading. This happened while packages were downloading. 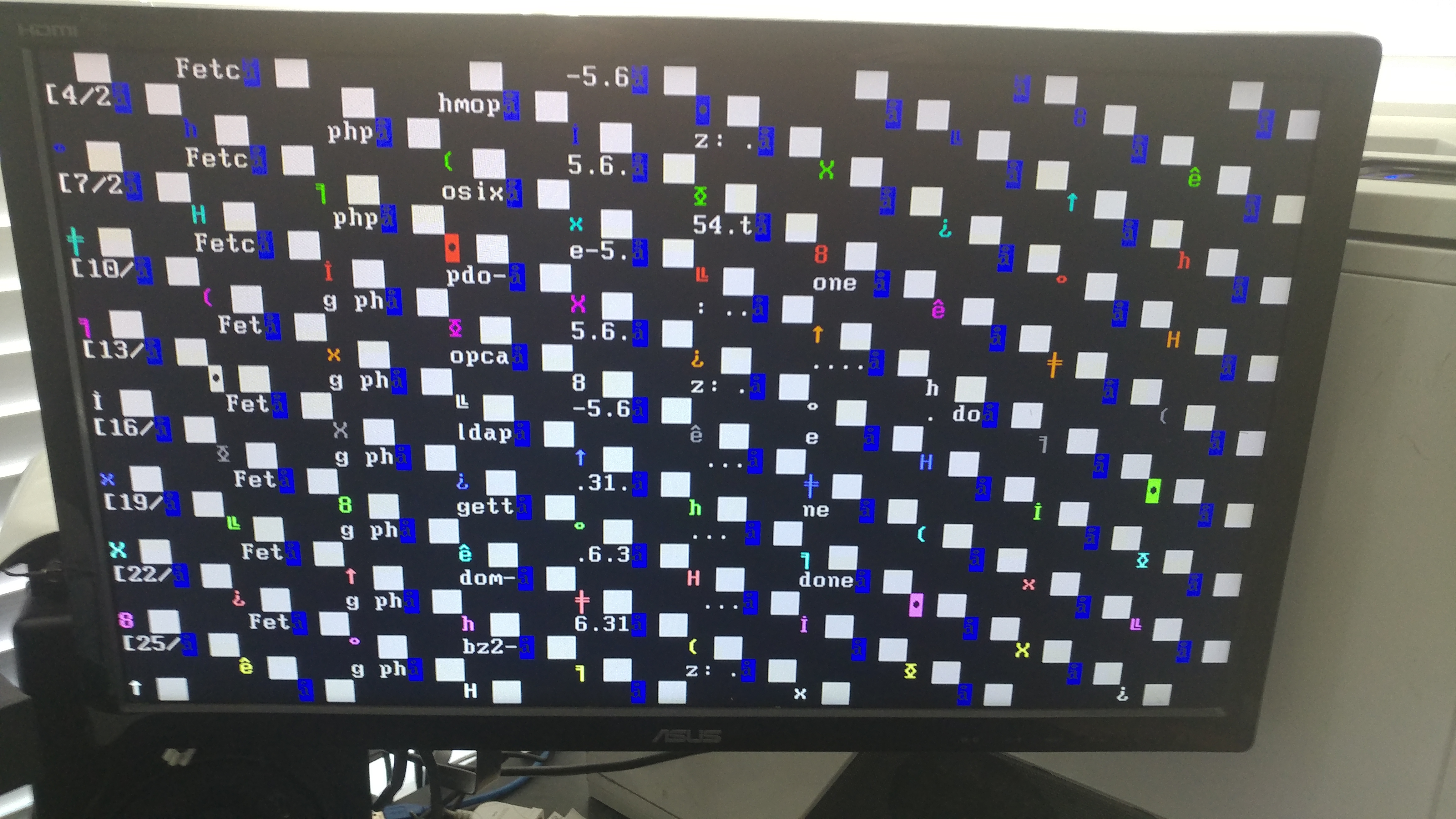 Thank you. Any help or ideas would be appreciated.

My first attempt failed, coincidentally after that I enabled trim (just cause), reboot, then for giggles and tried to update again and it took.

What CPU are you using?

I’m also having a major issue with the VGA console after upgrading to 2.4.

My VGA screen works fine for BIOS and POST but once pfSense loads it is all white except I can almost make out a ghost of a few text items on the screen. I suspect that its either an incompatibility with my core2duo’s integrated graphics or the default video mode in 2.4 is outside my monitor’s capability to display though the monitor itself isn’t complaining like it normally would.

Otherwise my PFsense box is working. I can access the webGUI interface no problem. I did have DNS issues until I went into DNS Resolver settings and removed all my Host Overrides and re-add them verbatim. No idea what was up with that.

Anyway, I’m beginning to think there is a VGA driver issue on 2.4 but I haven’t seen anyone else online with anything possibly related…

Well I’m not sure weather changing my drives to achi in console or bios or enabling trim did it but it is working much better now. Unfortunately the update did not take how ever. Got further than before then just went back to normal operation. Took half a day just to get to downloading about 75 packages… Then just returned to input option…

weird, maybe do what Dexter_Kane has suggested in other threads, back up the config and start over.

Yes looks like that’s what needs to be done. Perhaps an ssd will help as its running off a 15 year old drive. I have noticed different OS failing to update and function properly on old slow spinning rust including Windows 10 now days… How ever it is my fist install and theirs a chance I just do wrong some how lol.

One install I did would fail right out of the gate, had to live usb boot linux to property format the drive- meaning I shouldn’t have ignored the advice in the documentation / give FreeBSD too much credit (flame shield on haha). PFsense can be finicky,

Definately finiky! When I first installed is did not like my USB drive and I had to use a different one…

Oddly enough it had to do with my CPU MOBO combo. Phenom II 960 and am3 sockets don’t mix LOL.