Can i save this DAC? Bizarre playback issue after firmware update

For a little more than a year i’ve been using a Loxjie D10 DAC, but it gave me headaches for the past week.
It all started when i tried to update its firmware to the newest version, hoping it would fix an annoying issue i had with it and apparently something went wrong in the process, even though the software claimed everything went right.
Basically, it came out of the firmware update like this:

And that’s not just with Windows, if i connect it on my phone with an OTG cable, it sounds exactly the same.
I reached Loxjie themselves and they provided me with a new software and updated firmware, but unfortunately the flash tool doesn’t detect the DAC on my system: 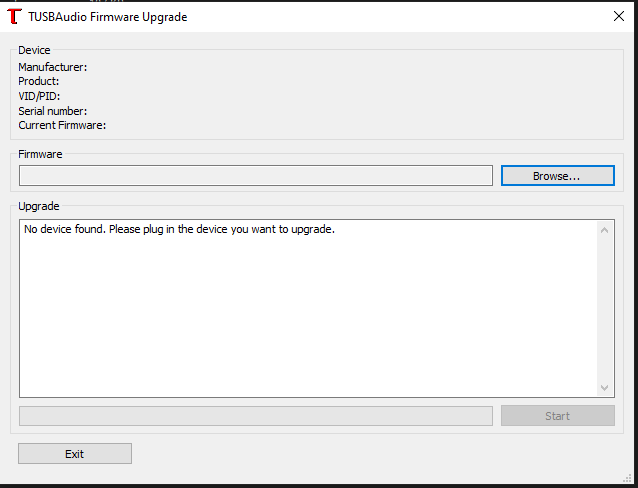 I kinda gave up on it at this point and started looking for a replacement i could get quickly.
Now, i was installing the software for the Meridian Explorer DAC that i was planning to buy and noticed it was very similar to the one on the Loxjie (a custom tailored XMOS mod), so i decided to try.
While it doesn’t detect detect the Loxjie properly, it manages to make it play at the correct pitch instead of the mess i showed on the video, albeit with added crackles and pops, kinda like really dirty vinyl.
With this in mind, is it possible to make this DAC work properly again?
Does anybody know a tool i could use to force flash the new firmware Loxjie sent in?
Automobili3XF October 1, 2020, 11:50am #2

Seeing as this might be useful for someone that comes here, i managed to come up with a solution:
Just for kicks, i downloaded the newest Xmos driver for the D10 and the D20 firmware from the official website, the Xmos DFU tool from the D20 detected the D10 correctly (just as “Loxjie Audio”) and i was able to flash the firmware into the device.
And just like that, it works perfectly again, i don’t know why this is, specially considering the D10 has a completely different internal design and uses different chips all around, but i’m just happy it works.