Calling All Ships to Port

At the very beginning of my life it was clear to me that I was not like most of the other people around me, in fact I was downright strange. Initially this lead me towards a path of isolation, hatred, and much hostility towards society as a whole; but, as time went on I discovered that I was not as unique as I might have believed. The Internet opened my eyes to the fact that there are tens of millions of other people who take pride in having a critical eye and a mind for finding creative solutions. Whether we're hacking computers, the financial markets or life itself...we are all in this together, and it is important to remember that thinking differently is an advantage, but only if we have the courage to let it be known that we will stand up for one another. We are not the majority, and while we are all powerful in our own way, if we refuse to work together and help one another we are vulnerable. The time to be exclusively vested in our own interests has come and gone.

The war for free education and information was called into the public arena with the death of Aaron Swartz, it is a war that has been raging for thousands of years. I'm reminded of the Catholic Reformation in England, a movement that made it possible for anyone to be able to pick up and read a Bible. Prior to the reformation the Bible was held back and doled out only to the privileged, the Priesthood and those who dared to defy the Church. While the information we are currently seeking out is of an academic/artistic nature as opposed to a theological one we have a right and a responsibility to spread these treasures to our fellow man.

Let's just brush aside the Illuminati, the Lizard People and the Bilderberg Group...because I have honestly heard most of it before, and I do not care who is in charge of the efforts to perpetuate ignorance in our world. The point here is that there is a very active effort to keep the populace naive, and that is why we are being taught to depend on University for our Education, police for our protection, and the government for our moral compass. Now I'm not writing this to dictate the way you should think or feel about any of these subjects, I am merely stating that the information pertaining to each should be freely available.

The current climate is indeed oppressive where the rampant and rapid spread of information is concerned online right now (i.e. torrenting), but you still have access to Youtube and your own blogs (or even the one here on Tek Syndicate) for the purposes of helping others to learn. We need to begin teaching each other how to do things to support ourselves, to educate themselves, and ultimately to view the world with a critical eye. Each of us has something we can pitch in by just raising our voice even slightly in order to reassure other people that the world is not as cold or hostile as we have been told it is, and once more of us are empowered we can begin to change things.

You are not alone. 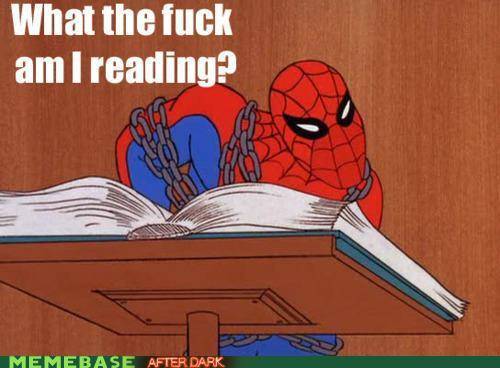 I took some liberties with style when I wrote this article Commissar.  Basically I'm saying that we need to share information in a way that is helpful without breaking the law, even though most of these laws shouldn't exist in the first place (in my opinion).

yeah, that's waht I thought. it looked like spam at first, but after i read it a couple times, i figured out what you were saying. very well written, although that level of writing is something I would expect from a early college-level paper.

Well thanks for the compliment Commissar.  I wouldn't post spam, not my style ;)

Comissar, do you know how to spell the word what?