This might be nothing but I noticed some burn marks on below my cpu socket I was wondering if you guys think it’s worth an RMA? 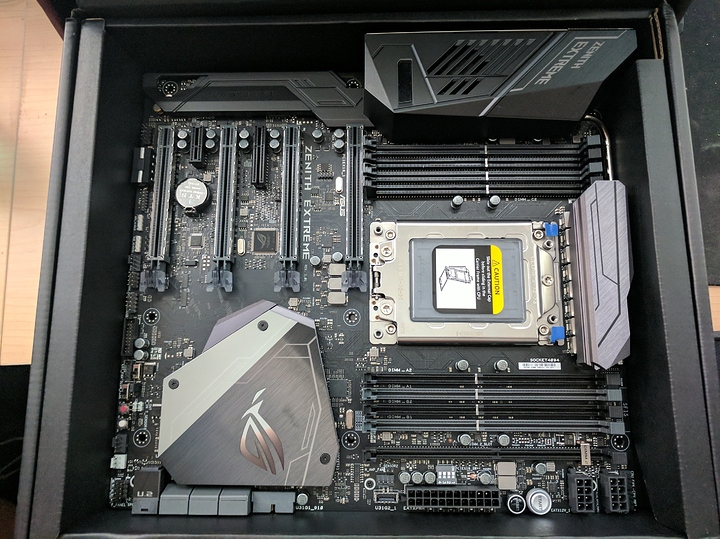 taking in account that looks like a thread-ripper board I would rma Any thing that looks odd, but I would be picky as hell with anything that could kill a thousand dollar processor.

Are you talking about those brown marks next to the torx screws? If so those are weld marks. Its part of the socket itself

Yeah I am. That’s what I thought but already asked for an RMA.

Test it first. I say no point sending it back and waiting some more for one if it works

i would rma. with the price you’re paying it should be perfect. the oc3dtv board doesnt have those burns

I have sometime to wait. My graphics card isn’t arriving until mid to late September anyways since I got in on a massdrop group buy.

Fair enough. Personally I’d completely disregard the spot weld marks but it’s up to you

I’m a welder by trade (although honestly still a young buck not a wizard, so I stand open to correction by people with more automated fab experience), in my understanding discoloration of a spot weld can be very variable based on changes that don’t effect functionality, like temperature of the day or changes in airflow. Thus its its not surprising to me for some review boards not to show it (or even to have had the surface polished after to lessen visibility) where a batch of retail boards may. Generally in coated materials the oxide color doesn’t indicate how well its fused, however that redish oxide does like to trap moisture, so on un-oiled parts it can be a corrosion hotspot in the industry (but probably less so inside a well kept PC).

I personally probably wouldn’t RMA based on just seeing it, but be wary if its a fully automated process and other retail boards hitting the market at similar time (hence likely produced at similar times) don’t have it you’ll want to employ extra vigilance to inspect every detail, the reason being that while it could be atmospheric variation, it could also be that something is out of whack to cause the difference in the weld (such as one side of the socket being marginally higher… like a thousands off marginally so a difference in the plating would account for it, but so would a trapped IC leg or whisker on a trace). It could also just be the machine settings when an entire batch was done, and they made a minor adjustment for looks later. Since its on the dumb metal support and not the board itself I wouldn’t be too worried about frying the CPU, but if you’ve already requested a RMA you may as well go ahead, just be cautious it may take a long while to get back to you.