I’m putting this one in Build Logs because it’s a pretty close fit. It’s just not a PC build log.

Earlier this month my old LeCroy 9354TM Oscilloscope died. Sad. Last night I put in an offer on a slightly newer and much faster HP 54845A, the first generation of their Infinium scopes from ~1998. I did not expect them to go for it, because these things go for between $1000-2000 in working condition, but I was notified by eBay this morning that it was time to pay up. I’m guessing they accepted because it’s local pickup only, so probably not a huge amount of interest. 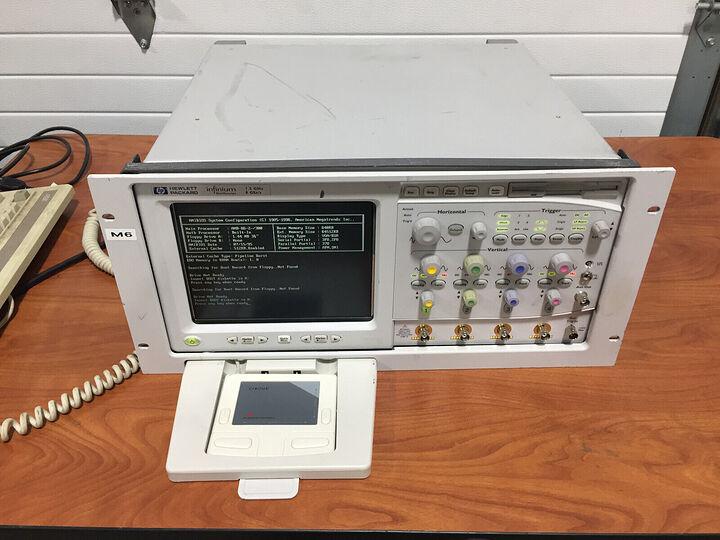 Needs cleaned pretty badly and some scuffs buffed out, but as a whole it looks in awesome condition for its age. Inside these scopes is a literal PC - this one is an AMD K6-2 on an AMI Apollo-III AT motherboard - that runs the whole thing on Win98. This particular one was listed As-Is/For Parts because it appears the only thing wrong is that the ancient 2.5" IDE hard drive has died: 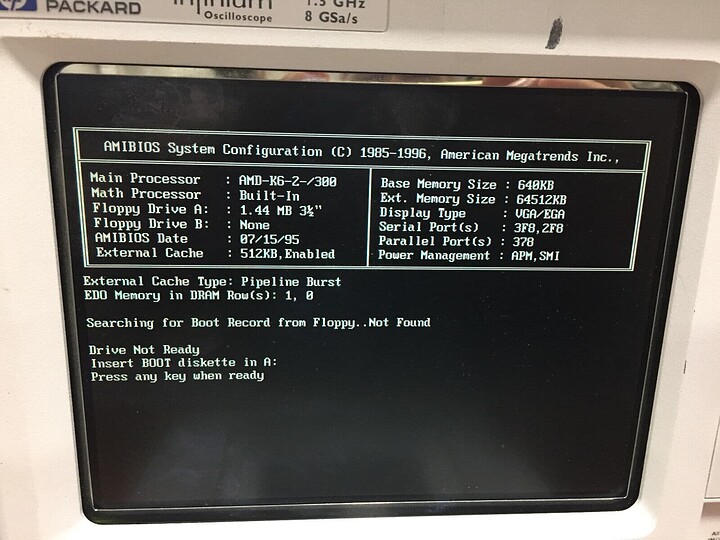 This is fixable. As long as the front-end isn’t completely blown up, which I have no way of knowing unfortunately, it’s not all that hard to image a new hard drive with the factory software image. I’ve already ordered a couple old 4GB 44-pin PATA DoMs to use instead of spinning rust, they’re about $10/ea these days. 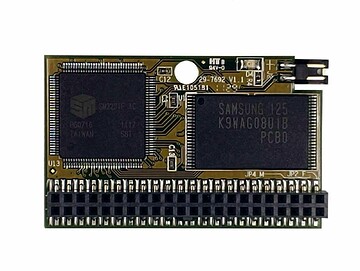 Gonna pick up the scope tonight, and the DoM should be here next week sometime but I have other hardware to use for troubleshooting in the time being. Will post again once I get it cleaned up and start disassembling things in about ten hours from now.

These guys usually stored the traces as a bitmap
Depending on on how often you backed up to floppy the spinning rust usually held quite a few, besides the os.
I still have some 2.5 ide drives and usb adapters in the shop if you need them
They were wiped and tested with dban ( if they didnt pass dbans test they get scrapped)

Is it hard to get the factory OS image to write to the new hdd? I would have assumed it would be with Windows licensing and all.

Win 98 had a series license numbers you could use for install purposes
Im not sure if i still have the list but your scope should have the sticker with the license number on it.
But any installation of 95, 98, 2000 finds and installs hardware.
Its when the went to xp and newer that installs went machine specific. 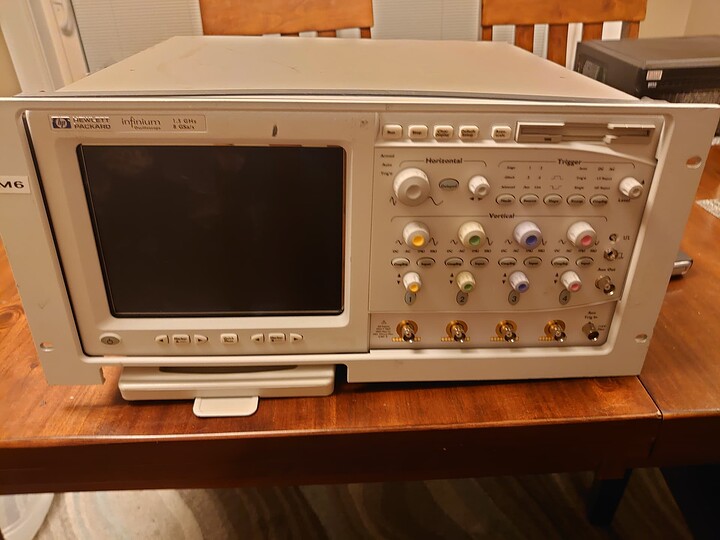 After eight hours of driving to pick this thing up yesterday I wasn’t up for doing anything else with it, gonna start working on it this afternoon when I get back from work

I still have some 2.5 ide drives and usb adapters in the shop if you need them
They were wiped and tested with dban ( if they didnt pass dbans test they get scrapped)

Will keep that in mind, appreciate the offer. My plan right now is to use an old 4GB IDE flash module; the scope appears to have this interface card on which “J109 THIN FIXED” appears to be the 44-pin IDE connector that’s just passed through from the motherboard controller to the HDD w/ 4 pins of power added to it. One of these little modules would fit perfectly in that spot and lay flat against the board, so that’s the plan right now.

I have the recovery and upgrade media ISO/BINs for the 548xx series, which I figured would be the hardest part.

So this is interesting, the ‘recovery’ disc is just an old copy of Symantec Ghost - the old drive imaging tool - and a factory software image. 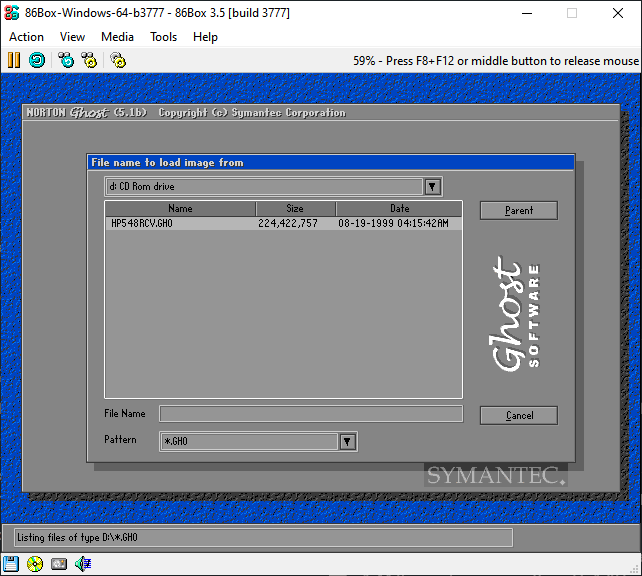 I’m just going to write that image to a virtual drive in 86Box, and then dump that .IMG onto an IDE drive whenever it gets here and stick that back in the scope.

Well, that was anticlimactic. RIP this repair thread lol

Turns out it just… works. 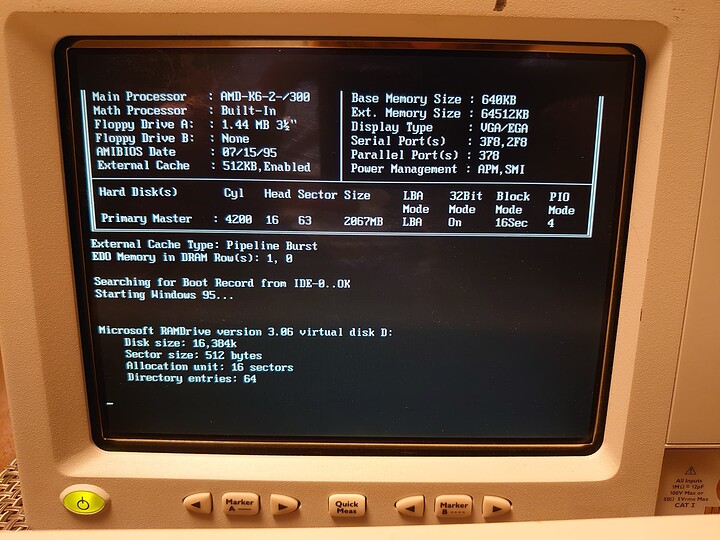 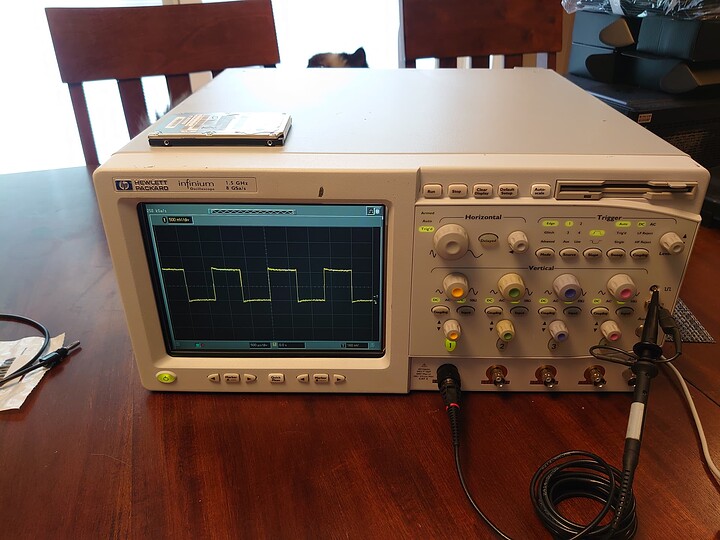 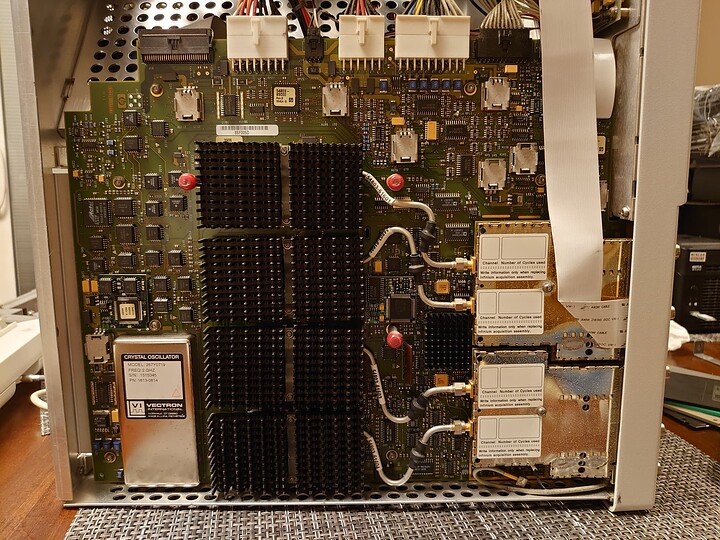 So, after seeing that it didn’t boot I tore the entire PC half out of it to clean the entire thing. Everything was seated where it was supposed to be. I got the thing put together just to make sure that it still tried to boot and Windows started booting up.

I guess maybe some grit/etc got worked into one of the connectors and broke contact? I have no idea, but the thing passes all self tests and self-cal and is 100% functional. Probe compensation is way off.

It does run the earliest version of the scope software, so I still plan on replacing the HDD with a flash module and upgrading it to the Win98 software package. There’s at least a little more follow up on whenever that gets here. 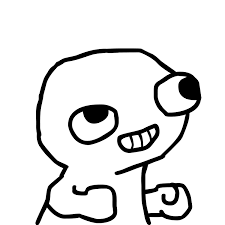 So this was weird but not actually all that bad. 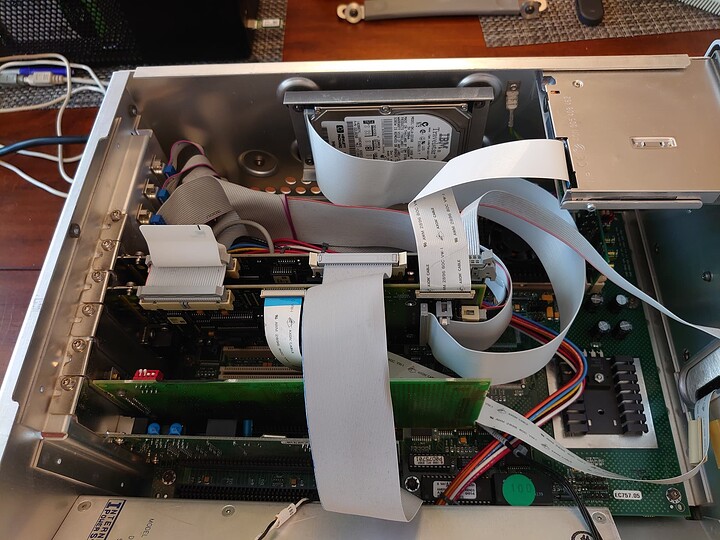 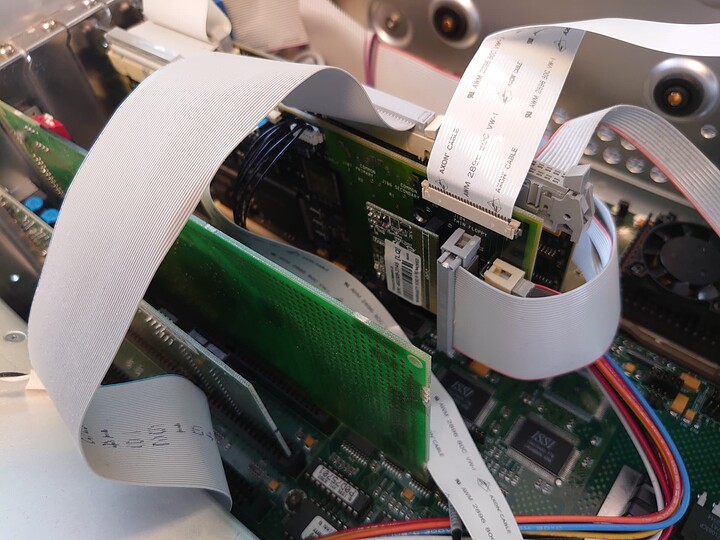 There are two HP PCI cards (the ones with the short bridge between them), one doing acquisition and one for video+I/O - the acquisition card has n IDE passthrough from the motherboard that just takes a 40-pin ribbon, adds 4 pins of power, and sends it back out over the smaller 44-pin IDE header used for 2.5" disks. Hard disk mounted to the side wall of the chassis is now replaced with a 4G IDE DoM now attached to that header.

The V3.50 recovery CD is just Norton Ghost with a factory image; there’s nothing special about the scope’s PC hardware whatsoever, so anything Windows 9x that can boot with CD support will be fine. Pull the single IDE cable from the acquisition card and replace it with a master/slave cable, hook the master back up to the acquisition card and the slave to an optical drive with some external power. Time to lend me your strength, little '486 desktop. 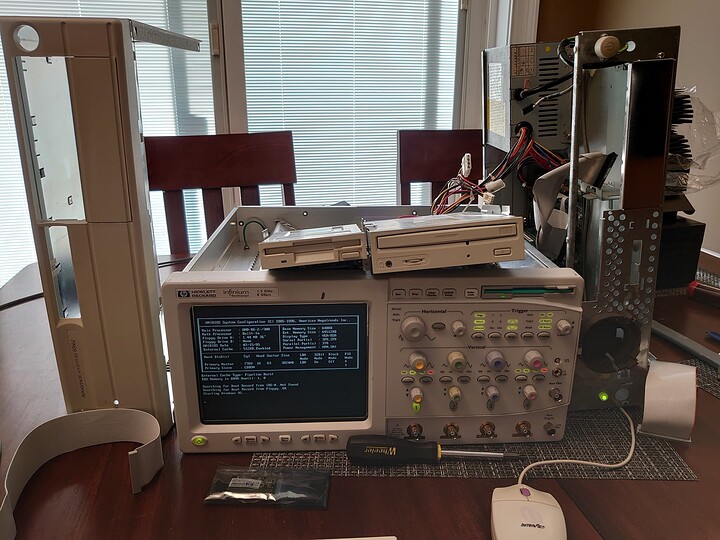 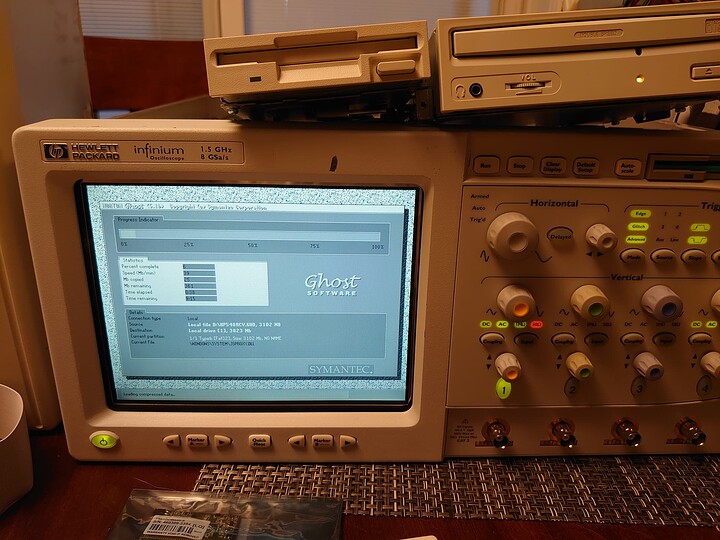