The DC jack port on my Asus Zenbook Prime UX31A broke recently and I had to perform some very fiddly surgery de-soldering it and soldering a replacement, which cost me £3 to do myself rather than £60 or more in a repair shop.

Unfortunately after getting all excited that I managed to do the hard part successfully, I proceeded to break the connection clip on one of my wifi antenna cable and I need some advice.

I have included a picture for reference, as you can see the cable that connects to the aux antenna port is the one that's busted. Currently I can connect to my 5 GHz router and use internet just fine, bluetooth works as well.

So my first question is what does that second antenna even do, I assume it is some kind of load balance for improving signal quality. Can I live without it?

Second question, is it a coaxial cable, and more specifically does the outer shield need to be wired up for it to work if it is a coax? The connection terminates in a metal clip that makes me think that it may be, also the female connection has a metal inner connection and outer connection (see the wifi chip in the pic)

The reason I ask this is because I have other laptops laying about that I can butcher to get at a fresh antenna cable tip. I back my soldering skills to a point, but I don't think I would be able to solder such a small cable if it were a coax, marrying up a core and a shield at such small scale is beyond me. 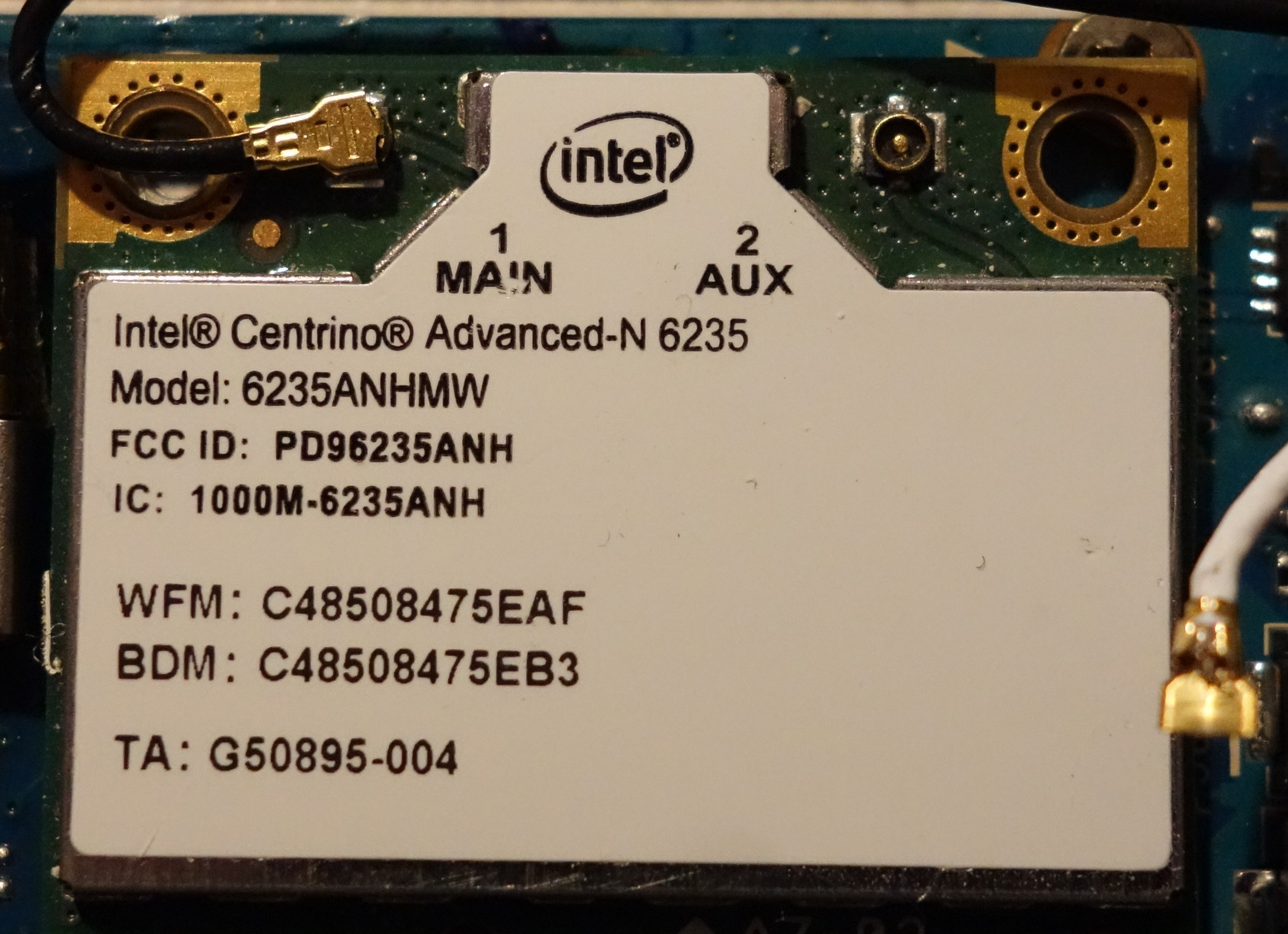 You are correct that it is similar to coaxial cable, and requires the inner line, as well as the shielding to complete the loop and function properly.

Darn. Any clues as to what the AUX antenna even does?

If you're wondering what the little connectors are called, they're ipex connectors.

I'm not 100% sure on this, but the aux antenna should be just an additional antenna to help reception.