The thing just might explode with all of that water…

Oh yeah, it’s that time of year again !
Come, have a seat, and join me on this new Raspberry Pi custom case project !
As some might recall, this is not my first Pi case. My previous project the ThinkPI is currently on hold due to part unavailability.
This Pi project however, is merely the start of a new bigger project : Project Radinator (Build log to come). This project will mostly serve as a prototype for it.
Link to Linustechtips version of this build log :

Project BoomBerryPi The thing just might explode with all of that water.. also thanks to @Den-Fi for the name ! Oh yeah, its that time of year again ! Come, have a seat, and join me on this new Raspberry Pi custom case project ! As some might recall,...

So, what is it ?
It’s a custom case with intergrated watercooling… For a Raspberry Pi

I know this makes little sense for a Pi, but it makes a lot more sense for the full case. the water cooling here is just for fun.
Enjoy ! most likely the most overkill Raspberry Pi case out there xD|20x20

Entire cost (excluding the Pi) should be under 200$
Now that might sound like a lot, but that’s because I have yet to get a quote for the case.

Link to the updates :
Updates to come…

So, the plan is to draw up the case in 3D (photos below) and to have it laser cut out of 1mm aluminium sheets. the sheets will have holes in them (they’re 1cm wide, the holes are 4mm in diameter) for the copper tubing to go through. There will be a spacer between each fin, however I am still undecided on how to hold them all together (I’d want to avoid welding, considering the size)

Here are some design renders as of today :
The side I/O (as seen by the top opening) will be routed to the back on the other side of the panel. I will probably end up with either another metal plate or a 3d printed block.

Now, here’s the (slightly) troubling part… For the copper tubing to go through to the front radiator fins, I have to cut a hole in 2 of the fans (in and out)…
Owell

For some help understanding how the copper goes through the fins, have a look at the bigger case :
Note that there will not be anything on the top for the pi, only the front :

Note that there will be a side panel like on the bigger version :

That’s all for now.
I hope to have some news soon !

Having tube bends and fins like that to me is impossible to make. Would have to go straight through and then make a turn outside the fins.
Maybe you have to shape the fins like so (grey is fin):

On the outside edges, I’m gonna cut out a gap so that I can turn them without it being a problem. (I’m doing the same for the big case in the end)

Just thought I would mention it to prevent an “oopsi”

I like the look of the design. Count me interested. I have two Odroid N2s with their big heat sink and the run really cool with no fan. The Pi 4 heat issue (and USB C issue) has prevented me from snagging one.

I’m pretty sure this is more than enough for any Pi, I’m mostly holding from getting the 4 because it’s 90$ cad and I already own a 3b+…

I might in the future if someone wants a case like this (with water-cooling or not lol) for the rear I/o. Though there’s not much difference.

What form factor will the PC case be? You states e-ATX but… will it support [mini,micro,pico, standar]-ATX as well?

The answer you’re looking for is Yes.

I believe the only form factor that wouldn’t fit is XL-ATX due to height issues. It goes without saying that anything under E-ATX will fit, but it’s also going to look ridiculously small in it. But I guess I could also put holes for those form factors as well. (It’s not like they will be visible with the E-ATX board)

The case has enough room for 2 E-ATX boards next to eachother : 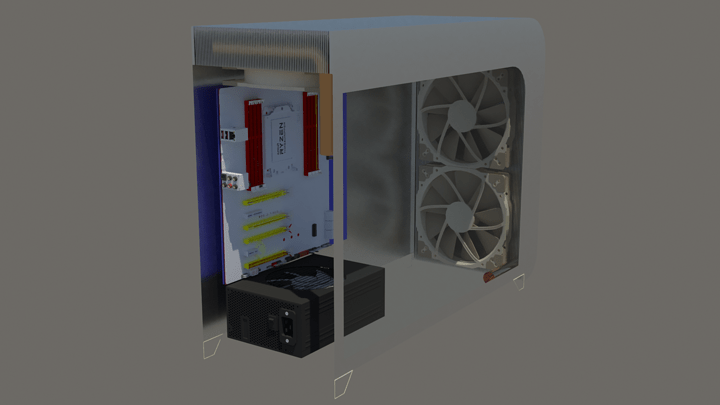 Oh wow, I did not notice that it could fit two systems. I did not read the link to the other forvm post.

Either way, I am tracking this thread now. Good Luck!

Yeah, I don’t think I will (well, in my version of the case anyway, gotta have room for water-cooling hardware haha) but I can easely fit 2x ATX systems, or maybe one of them being E-ATX. Dual E-ATX is a bit tight for cables. The other forum post is the same as this but on the LTT forum.

The build log for the big case will come later as I’m still in the design process and talk with sponsors haha.

I got some fans delivered 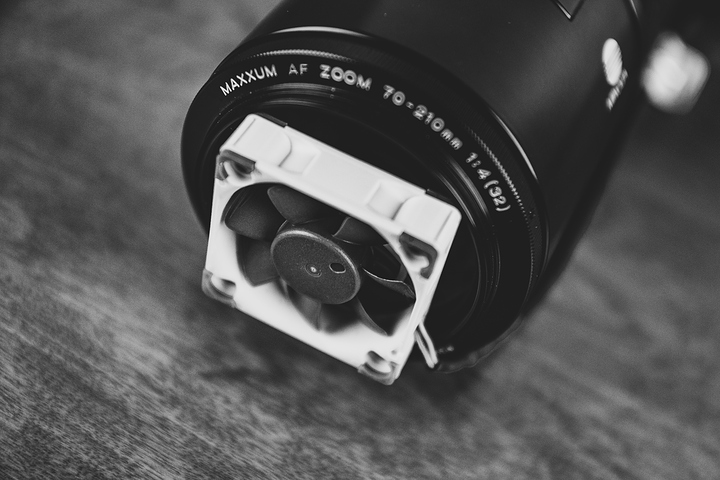 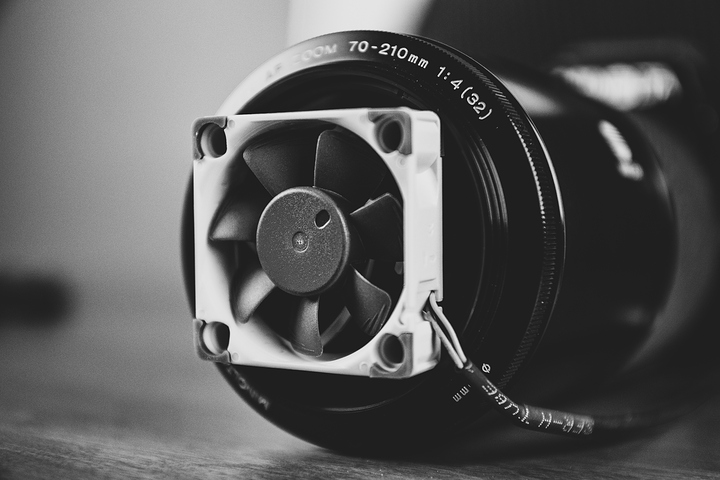 It’s funny you made that connection, lol.
He has some of my lenses.

Hahaha thanks and yeah… I do have to admit one of those shots (although believe me not intentionally) looks a lot like one of the angles he seems to prefer.

I published the log and then realized “oh… uh… owell hahaha” 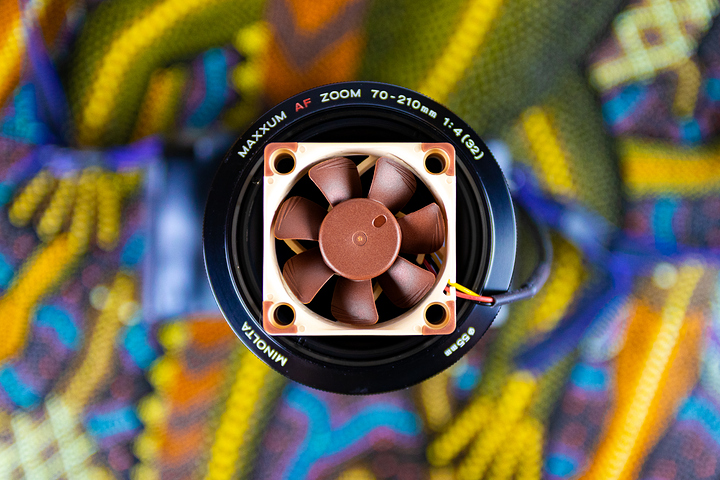 It all comes full circle now. Well if you both keep it up, I am going to create a subreddit dedicated to the pictures you both take.

Update #1
Check it out on Builds.gg

Apparently Amazon doesn’t quite know how to tell time, not that I’m complaining !
I got the 2x 30cm 4mmOD 3mmID copper tubing I ordered !
It was ment to arrive in end of March- end of April

Now, if you may take a look at the photos, and if you’d recall to the original post, I thought I had to break through the fans for them to pass through.

It turns out that I was wrong, I made a mistake thinking that the software asked for the diameter of a cylinder, but it asks for the radius.
To put it simply, I accounted for tubing twice as large as required >.>

I’ll have to check the bigger case for this error too, however I think it was right. 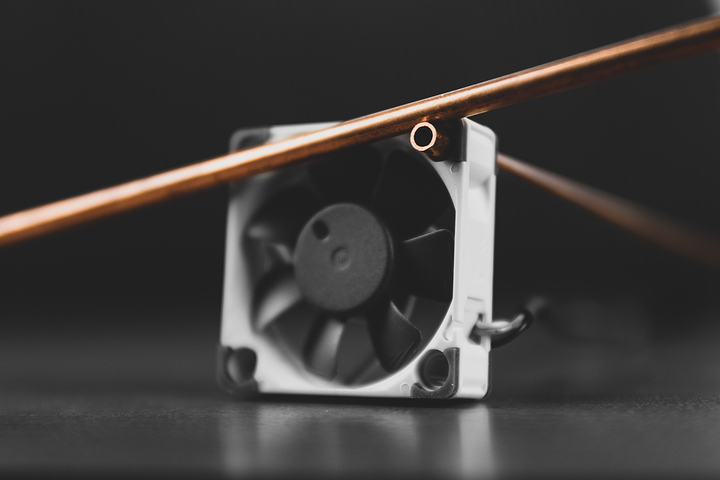 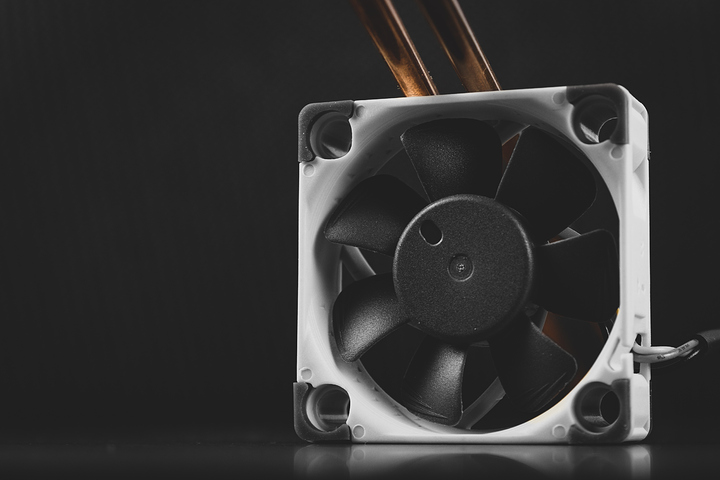 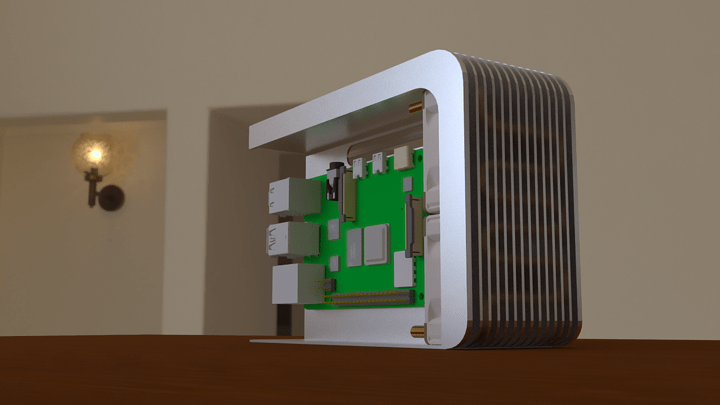 That’s all for now 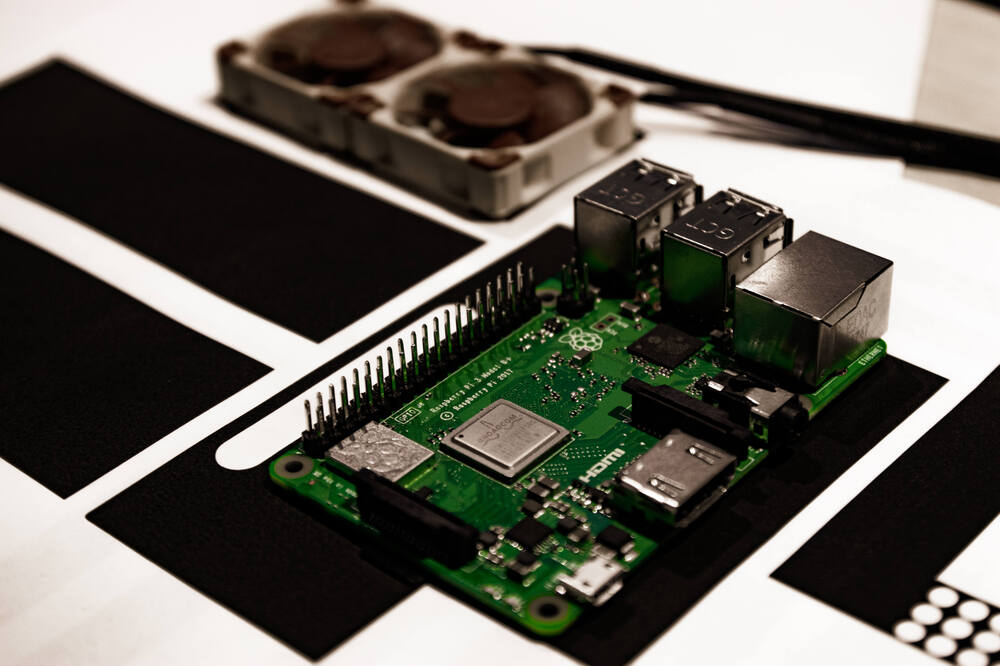 So, lots of things have changed. Time is short, people are unable to work, and I got 2 weeks off college so I can focus on this and do it now.

It’s time to fake it till we make it .

Insert comment about the current health situation here
I will unfortunately not be able to create the case in aluminium due to time delays with companies and shipping all due to the current health crisis.
Thing is, my college has been closed for the next 2 weeks. Which means I need to find a way to do the project now 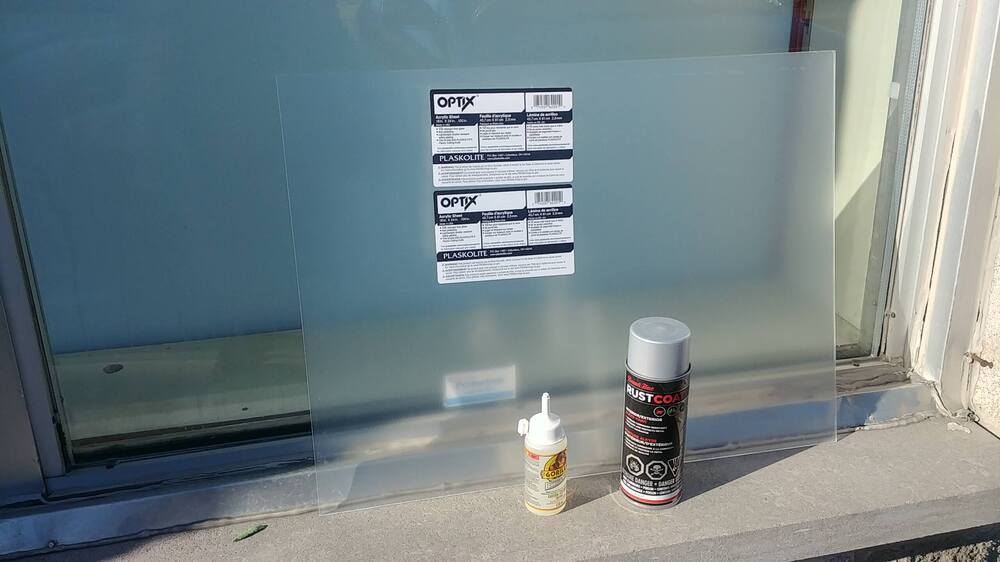 If I can’t use aluminium I’ll use the next best thing : Painted Plexiglas !
When life doesn’t want to cut your lemons, make life take the uncut lemons back ! I don’t want your damn non-cuts ! What I’m I supposed to do with these !?!?

I’ve had to modify the design slightly to accommodate for 2.5cm thickness material throughout the entire case. I also printed the design on 3 sheets of paper so I can glue it on the plexi. It will be easy to remove since it’s got a protective layer that just peels off. Therefore, no weird glue texture left ! Another good thing is that this will be cheaper. The raw material cost me 40$. That’s for the panel, lots of glue and lots of paint. I should definitively have enough to make 2 cases with this. Or, well… 1 case that fails and 1 case where I learn from my mistakes

A Big (and unfortunate) downside of this, is that I cannot water cool the pi. Plexiglas makes for terrible radiators

I’ll be documenting the build as I assemble it. it should be done within the next week or two. so make sure to keep this tab open !

That’s all for now 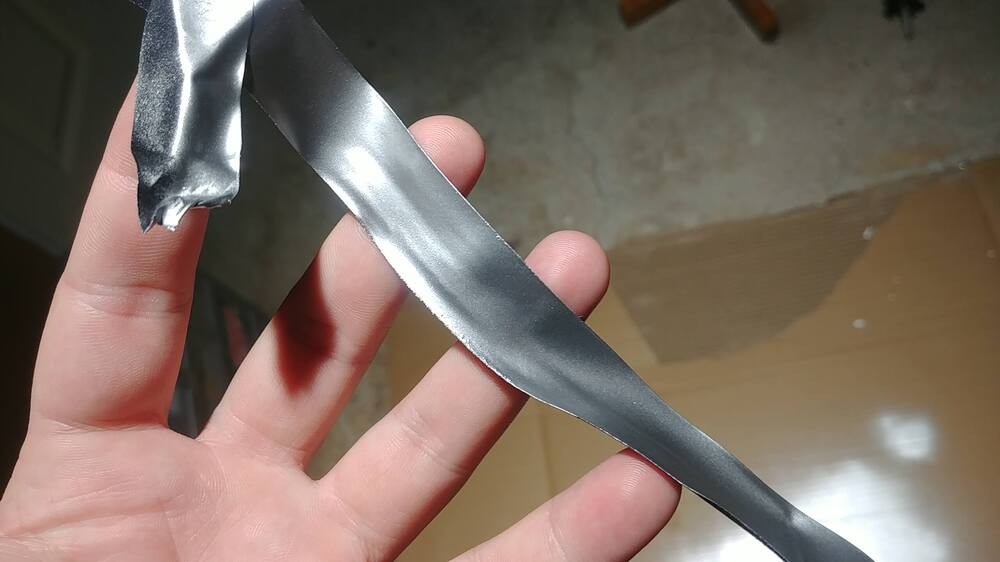 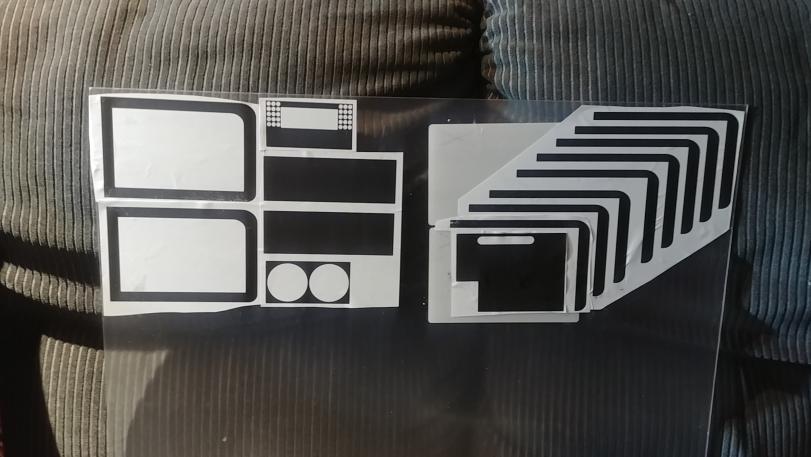 There’s been a few updates since my last post here, all on builds.gg :
https://builds.gg/builds/boomberrypi-diy-radiatorcase-for-raspberry-pi-24694

I’m too tired to place it here atm, Will do later.

Things are FINALLY getting under way !
Someone offered to cut the parts for FREE as long as I provided the materials ! 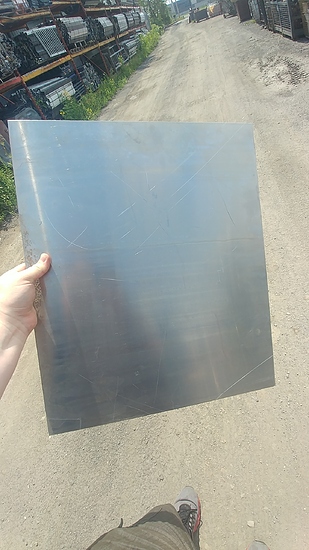 AKA I went out to buy a sheet of aluminium today and it should be cut into 2 beautiful cases by next week-ish.

Keep an eye out for some proper progress soon !

Keep an eye out for some proper progress soon !