Ok Everyone here's the suggestion thread for getting the BOM (Book of Month) going.

It's pretty much the go-to classic cyberpunk book.

Rule Britannia by Daphne due Maurier

Emma wakes up one morning to an apocalyptic world. The cozy existence she shares with her grandmother, an eccentric retired actress known to all as Madam, has been shattered: there's no post, no telephone, no radio - and an American warship sits in the harbor.

As the two women piece together clues about the 'friendly' military occupation on their doorstep, family, friends and neighbours gather round to protect their heritage. In this chilling novel of the future, Daphne du Maurier explores the implications of a political, economic and military alliance between Britain and the United States

Leviathan Wakes
by James S. A. Corey
The Sy Fy series Expanse is based of this series of books. I've heard nothing but great things about the series. The series is a joint written effort between two writers. One of my friends described as Game of Thrones on a space level.

What is it about:

Two hundred years after migrating into space, mankind is in turmoil. When a reluctant ship's captain and washed-up detective find themselves involved in the case of a missing girl, what they discover brings our solar system to the brink of civil war, and exposes the greatest conspiracy in human history.

"It's been too long since we've had a really kickass space opera. LEVIATHAN WAKES is interplanetary adventure the way it ought to be written." --- George R.R. Martin "This is the future the way it was ...

Foundation
by Isaac Asimov
I've heard so much about the Foundation series. I always wanted to read it. Isaac Asimov is one of the best Sci Fi writers.

For twelve thousand years the Galactic Empire has ruled supreme. Now it is dying. But only Hari Sheldon, creator of the revolutionary science of psychohistory, can see into the future--to a dark age of ignorance, barbarism, and warfare that will last thirty thousand years. To preserve knowledge and save mankind, Seldon gathers the best minds in the Empire--both scientists and scholars--and brings them to a bleak planet at the edge of the Galaxy to serve as a beacon of hope for a fututre generations. He calls his sanctuary the Foundation.

But soon the fledgling Foundation finds itself at the mercy of corrupt warlords rising in the wake of the receding Empire. Mankind's last best hope is faced with an agonizing choice: submit to the barbarians and be overrun--or fight them and be destroyed.

For twelve thousand years the Galactic Empire has ruled supreme. Now it is dying. But only Hari Sheldon, creator of the revolutionary science of psychohistory, can see into the future--to a dark age o ...

The Eyre affair by Jasper Fforde

An alternate reality set in 1985 where there is a SpecOps division devoted to the protection of literature in a world where criminals hold literary character can be held to ransom or even stolen using time travel.

"Forget the rules of time, space and reality; just sit back and enjoy the adventure" Daily Telegraph

"What Fforde is pulling is a variation on the classic Monty Python gambit: the incongruous juxtaposition of low comedy and high erudition - this scam has not been pulled off with such off-hand finesse and manic verve since the Pythons shut up shop. 'The Eyre Affair' is a silly book for smart people: postmodernism played as raw, howling farce" The Independent

The Eyre Affair (Thursday Next)

Pirouetting on the boundaries between sci-fi, the crime thriller and intertextual whimsy, Jasper Fforde's outrageous The Eyre Affairputs you on the wrong footing even on its dedication page, which pro ...

I'll start with something easy that's been on my list for years.

Born to Run: A Hidden Tribe, Superathletes, and the Greatest Race the World Has Never Seen
-Christopher McDougall

The author held a great TED talk some years ago, and I actually forgot to read it.
Just going to paste the description from the youtube TED talk instead of an Amazon link:

How did running help early humans survive -- and what urges from our ancient ancestors spur us on today? McDougall tells the story of the marathoner with a heart of gold, the unlikely ultra-runner, and the hidden tribe in Mexico that runs to live.

oh, and if you don't get to read it, at least watch the 15 minute TED talk, it's good food for thought. 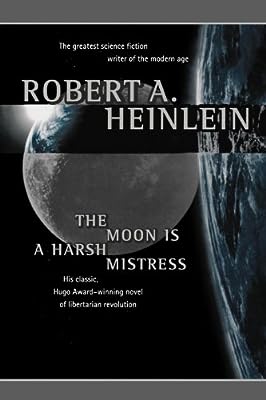 The Moon Is a Harsh Mistress

Tom Clancy has said of Robert A. Heinlein, "We proceed down the path marked by his ideas. He shows us where the future is." Nowhere is this more true than in Heinlein's gripping tale of revolution on ...

A book anyone who works in IT should read: 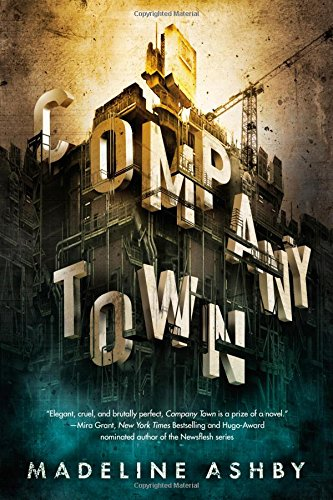 A series of oil platforms make a city. Our protagonist is the only woman that has not been augmented. A serial killer starts to target her friends, the sex workers. She agrees to take a job as a bodyguard for a rich kid in order to use his resources to help her friend's investigation.

I really enjoyed this book.

The Long Way to a Small, Angry Planet (Wayfarers, #1)

A rollicking space adventure with a lot of heartWhen Rosemary Harper joins the crew of the Wayfarer, she isn't expecting much. The patche...

One of my favorite nonfiction books of last year.

From the internationally acclaimed, best-selling author of Hunting Eichmann and The Perfect Mile, an epic adventure and spy story about t...

The Art of Deception - Kevin Mitnick

The Art of Deception: Controlling the Human Element of Security

The Art of Deception is about gaining someone's trust by lying to them and then abusing that trust for fun and profit. Hackers use the euphemism "social engineering" and hacker-guru Kevin Mitnick exam ...

Heard really great things about this book and want to give it a spin.

The Name of the Wind (The Kingkiller Chronicle, #1)

Told in Kvothe's own voice, this is the tale of the magically gifted young man who grows to be the most notorious wizard his world has ev...

A fantasy autobiography on how an infamous wizard came to be.

If she makes it through the Foundation Series ............automatic nerd status :) Might be a little too dry for some.

Sci-fi with a female touch. Light in ways with possible depth. A much easier read for entertainment. Another classic female sci-fi writer would be Andre Norton. Interesting history of being one of few women in her time publishing scifi. 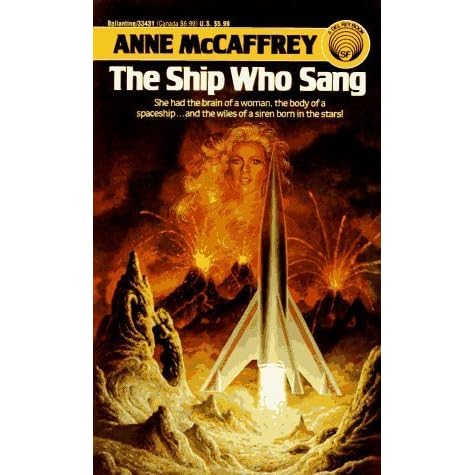 Helva had been born human, but only her brain had been saved and implanted into the titanium body of an intergalactic scout ship. But fir... 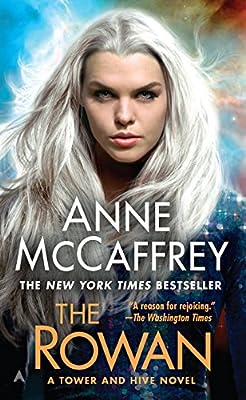 The Rowan, a powerful but lonely psychic in charge of the Federal Telepath & Transport service, touches minds and falls in love with another of her ilk who needs help fighting extraterrestrials. "In t ...

So many great books everyone! I'm not even going to make a recommendation because I want to read at least 5 of the ones suggested. Make sure you've voted for the ones you like too. I'll post the pole on the 3rd.

has been on my reading list for a few months but havent had the time.

i wish i was not an avid reader or i would have a few books from series that i have read too add to the selection. but once i start a series i usually finish it in under a month. only exception is the sword of truth series took me 2 months to read all of the books that were out.( got expanded by 2 books after i finished over a year ago. )

So you are saying you read most of the books people suggested here?

Maybe wait for next month's book. There are millions upon millions of books out there.

because I want to read at least 5 of the ones suggested.

Truth.
I was actually saving my 3rd like just in case some latecomer posts a really cool suggestion.
...aaaand it's gone.

i wish i was not an avid reader or i would have a few books from series that i have read too add to the selection.

Doesn't matter, post anyway, I'm stoked cause I've never been in a book club before so I see it as an opportunity to find cool writing that isn't talked about much.
Personally, I'm trying to avoid suggesting heavy literature, classics and series of more than 3 books/series, even though my list is definitely not lacking in those. Gotta leave something for retirement eh :D