This is a Friendly PSA

if you are privacy conscious, you probably should self-host your own bot 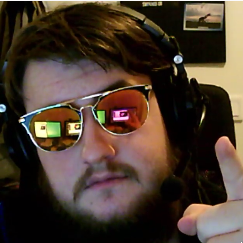 Yet another general purpose discord bot. Contribute to jonas747/yagpdb development by creating an account on GitHub.

As I find open source alternatives I will update the thread

Isnt Bluestacks a maker of an Android emulator?

There’s no mention on their GitHub or webpage of this buyout. In fact their web page shows they seem to be owned by BotLabs.

Also discord advertiser doesn’t seem to resolve to anything anymore.

Is there any indication that they’ve actually been acquired before I start telling a dozen servers to axe their bots?

This is a severe violation of Discord’s Developer Terms of Service:

In that case, and if it’s true, their API key should be pulled by Discord fairly soon.

Hmm looking through links they has revealed a couple things too

As of the current moment, there doesn’t appear to be enough evidence to suggest that the bots are tracking users.

In fact, the evidence the op of the accusations only points out that bluestacks has discord advertiser as a subdomain. The only thing linking the bot websites and bluestacks is the ads suggested by YAGPDB and Ayana

I think the safest, but not practical, course of action is to download a backup of the bot’s server’s config and temporarily remove the affected. In any event that this op’s claims are true, it’s better to temporarily cause inconvienence for users (removing the bot) than to have data collected.

There was replies of doubt to the original claims

I’ve done my research regarding this issue, and find no concrete correlation that would otherwise make this valid. Also, all bots listed and even weeb.sh has their own TOS/Privacy Policy that proves this claim wrong in how they operate.

Bullshit. You got any proof? Ayana’s ads may not be the best, but you still can kick them. Quit spreading misinformation and quit fear mongering without any proof. Thanks.

I think the safest, but not practical, course of action is to download a backup of the bot’s server’s config and temporarily remove the affected.

Easier to put the tent back up than rebuild a burnt one, yep. 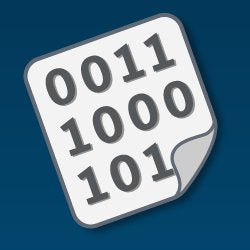 r/discordapp - PSA: Some of Discord's largest bots may be tracking you!

I made a mistake in this situation. I fell to the fearmongering. I got caught up with the implications of tracking and the potential betrayal of trust. I am glad I framed the post around it being a friendly notice rather than calling for pitchforks.

From this situation I have learned a couple of things.

Removing the bot does not remove the settings. If you reinvite the bot, your settings are still the same as before.

Sounds like a good outcome here in the end. Nothing wrong with that.

The information never quite hit my threshold of burn everything, mainly because i couldn’t get original sources from the info provided. Glad that being a bit over-zealous in investigating paid off.

if privacy is the utmost of concern, self-hosting a bot is a better way to protect yourself and your users

Absolutely. And you can managing some thing better such as resources, uptime etc. its all a balancing act. I know there are plenty of people who just don’t have the expertise to manage their own bot server securely.