Seeing that a new Blender build is just around the corner I decided to take my 2x Gigabyte Rx580 Gaming 8G cards for a spin by testing them against the latest blender-git build. 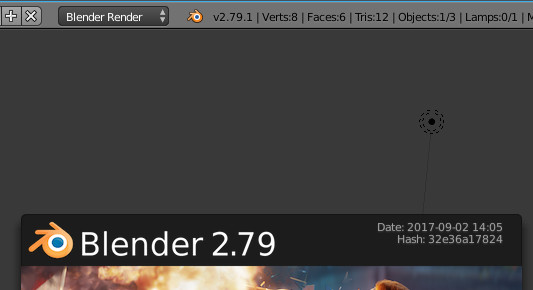 Here then are the results. Each tests was run 3 times because I couldn’t believe my eyes! 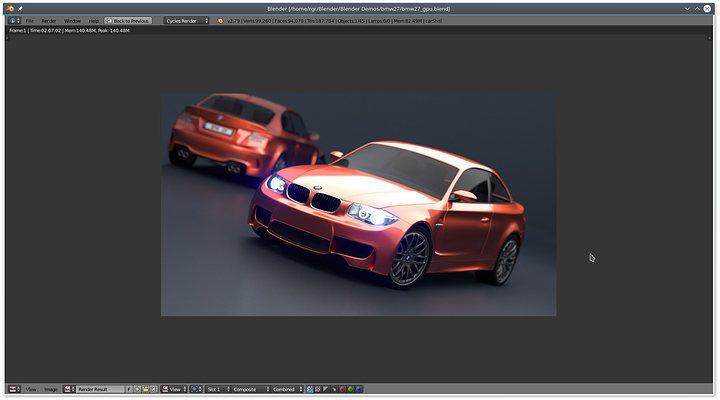 At the time this was still pretty inline with the results for a single Rx480 which took twice as long. 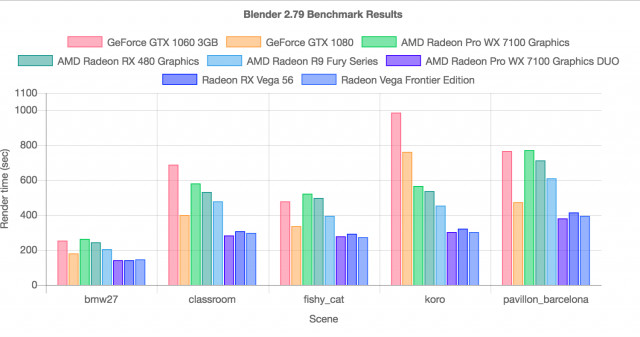 So I thought to myself… why not update my git repo and see what we can do now! 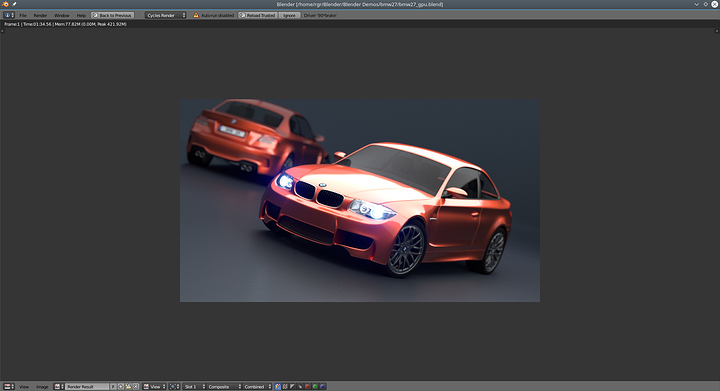 At this point I pretty much exploded with excitement and then realized that I should be doing some more important work, so I put if off until later.

Well then. Fast forward through the day until 30minutes ago.

Lets benchmark the rest of the scenes from that chart. 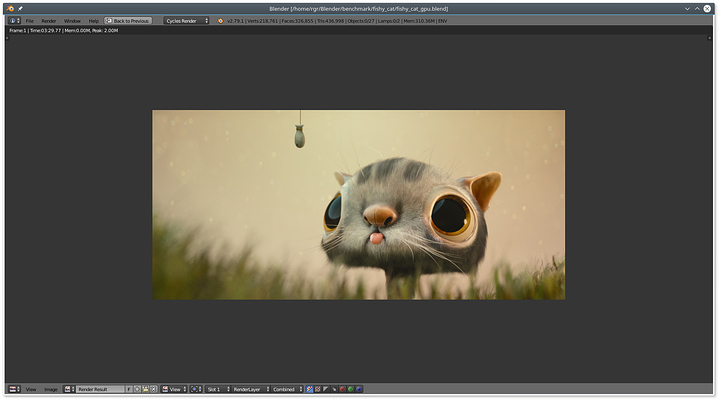 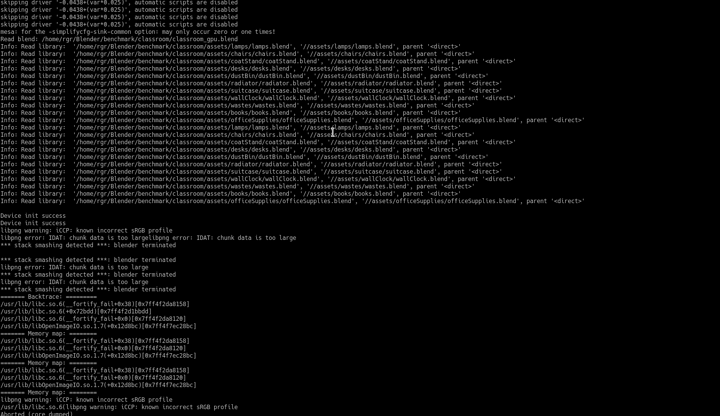 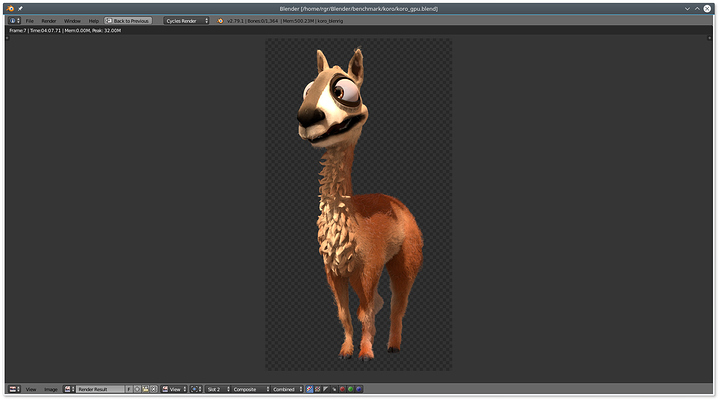 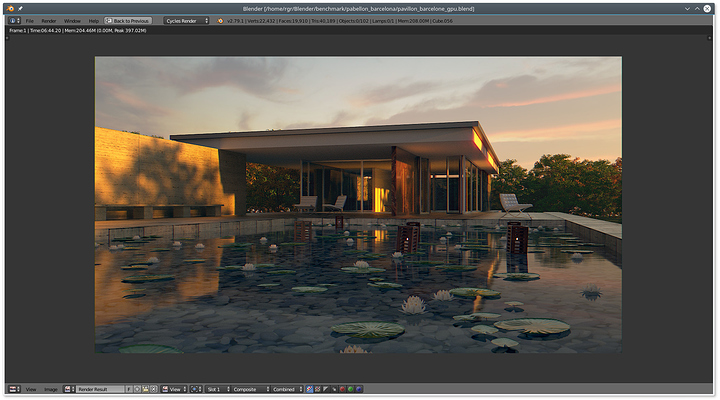 So once more in table form:

If you also want to have a go testing with your setup, you can find the blender benchmark scenes here:

To run them, get yourself the bleeding edge build of blender for your platform here:

Then simply open blender and open the respective file for your either GPU or CPU tests.

Now simply hit F12 and wait for it to run.

If you see blender show a message about loading kernels, then rerun the test after that first one has finished since the kernels are now cached and your render will finish much faster.

Yeah, it’s going to be a pretty sweet release.

Downloaded all this just for kicks and to see what the Vega 56 can do. So far have just run Fishy Cat (it defaulted to CPU render btw, so had to change that to OpenCL in the User Preferences) and got 4:48.08. Neat stuff for sure.

Are you on Linux/Windows?

Is it a nightly build of blender? Or just 2.79rc?
The new patches were basically integrated just 2 days ago and should shave 30 seconds off that time.

PS: Cycles render can be an absolute vRAM and GPU core hog. I haven’t tried the hashing BIOS mods yet for Blender, but I’m not expecting them to do all that much.

That said, I am curious to try HBCC, I do have 32GB of system RAM so taking 12GB of that just for a benchmark should be fine. I’ll turn it on and see what happens.

IF you feel like it you can also try the 2.8branch. But It’s highly likely to be disfunctionaol

Well turning on HBCC took down the system. Oops.

New driver update and after a fresh reboot, BMW rendered in a blistering 1:43.86. Still undervolting to 1060mv, 940MHz on RAM. The GPU peaked at 1624MHz but settled about 1571MHz. Same Blender build and all that.

That is about the performance I expect from Rx Vega 56.

Very nice to see that the driver team are patching things.

Seems as though Blender is not memory bandwidth-dependent, as I went ahead and flashed the 64 BIOS and am running the memory at 1000MHz, showing full speed in Wattman during the BMW render: exact same time. So another data point, Blender is gonna want those compute units. It dropped a few seconds with a little higher core clock speed but nothing substantial.

I will run these benchmarks on the latest stable version with two Vega 64s once I have a CPU in the rig. So next weekend earliest.

Will these benchmarks work with Radeon Pro Render, or are you forced to use Cycles?

These benchmarks use Cycles which is built for OpenCL.

Good results so far with Vega: The VEGA Whatever Thread! ANYTHING on VEGA

I’d be curious to see if dual 580’s get it done too. Do they work in parallel or like a mirrored GPU sharing the same VRAM? I’ve never owned dual cards.

OpenCL only in the AMDGPU-PRO driver right ?

I’m a hacker at heart.

So my system has two drivers simultaneously.
mesa-opencl perf is improving, but this was done with the amdgpu-pro opencl component patched into the open amdgpu driver.

Includes the time taken by the CPU to sort objects and setup scene + kernels. 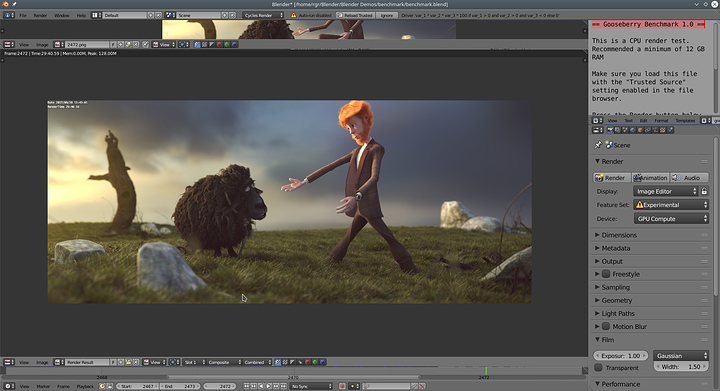 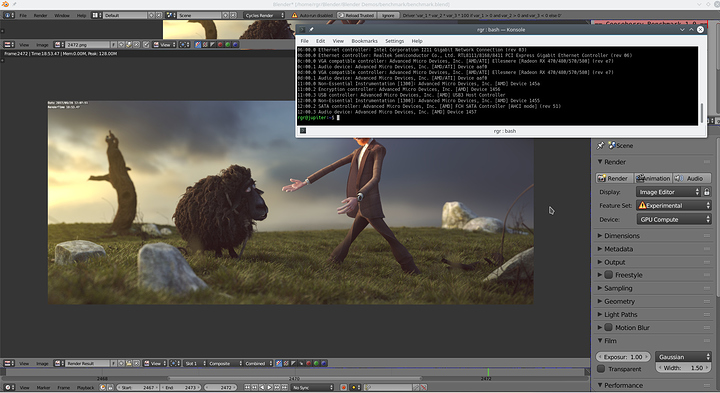 I may have been limited by thermals since it was on the automatic fan profile and hitting 75C with very low fan RPM’s.

With thermal tweaks on the supported feature set: 17:57 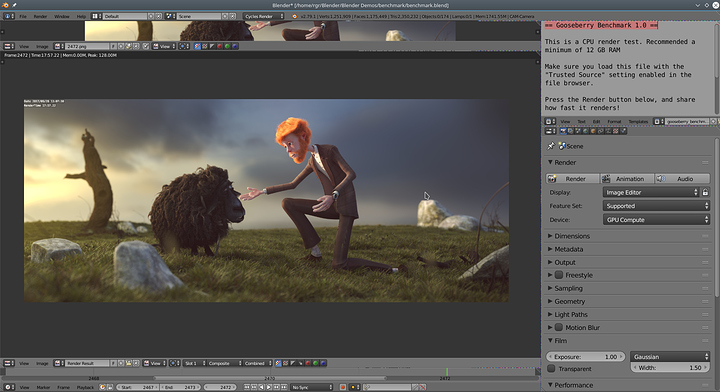