Better than an NES classic and cheaper

This may be a little late seeing as Christmas is so close, and I haven't seen anyone bring it up.

Not sure if some of us dont know this but hope it helps someone. Don't waste your money on an NES classic.

All you need is a Raspberry Pi any version will work and free emulator software of your choice.
I prefer Retro Pi but, there are a few others. They come with just about every classic NES, SEGA, Dreamcast etc. and arcade game you can think of. All you need after that is your choice of USB classic controller and case if you wanted one.

Of course if you prefer the look and style of the NES classic you can just buy one or get a 3d printed case for the Pi.

Hope this helped someone Merry Christmas!!

Just got this going myself recently! Got a wireless controller from 8bitdo coming soon, using a Genesis 6 button controller for USB for now, every emulator works perfectly from what I see so far, there's a bit of unnecessary lag on neo geo though but I'm sure that can be worked out

Better yet, you could get an old sony xperia play and use it as a handheld NES, SNES and N64.

Every android device you mean.

But for legal purposes. The biggest issue with emulation is that you officially need the bios for some and to get that in a legal way you have to own the actually device.

Yeah any android device. But I used the xperia play as an example because it basically begging for emulators to be played on it. I'd like to see you play castlevania on a touch screen lol

But to add to what you said, you can also pair bluetooth controllers to android devices. Hook up your device to a tv and you're golden.

A new trend is game controllers were you can put in you're android device.
Well not new trend...but i keep seeing them more and more but never saw anyone using them.

That's also a good option. I've been considering getting one of those game pad clamps for my phone.

8bitdo has some amazing controllers.

8Bitdo also has the cell phone clamps to use in tandem with their controllers.

I did the RetroPie a few weeks back, and two 8Bitdo SFC30 controllers. Works great after an initial issue with the controllers not working. I think that was a mistake on my part//messed up configs.

Does anyone know if this works on the $5 raspberry pi? Last I heard they were impossibly rare now but I haven't seen anyone try it and see if it will handle retro pi

Its called going to a roms website and getting SNES9x.

The Pi Zero is listed on RetroPie's compatibility page: 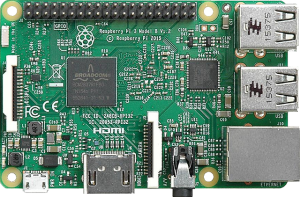 Building your own RetroPie machine - RetroPie

Getting the hardware RetroPie is provided free of charge. There are people offering pre-made kits for sale, with significant mark-ups, using RetroPie as a selling point. Please be careful who you give your money to. It is quite simple to put together ...

Alternatively, if one wants to make something portable and all-in-one,

Portable RetroPi with the smallest Pi yet

I have an NES classic and I'm pretty sure I'm getting a Raspberry PI for my birthday in two weeks.

People keep saying a PI is better and cheaper (it isn't cheaper, the Classic cost me $80 CAN and a PI kit is $100CAN).

Personally I'm not sold on it being better. The build quality of knockoff controllers never seems to compare. I am going to try a wireless 8bitdo controller, a wired 360/XBONE controller, as well as a SNES to usb adapter.

Of course I'm also going to use the PI for a cheapo linux box and to try to develop a new SCADA system for work, but that's beyond the scope of this.

TL;DR I will have both soon and I'm going to check.

Ill vouch for retropi, its soooo easy and just works.

The PI zero is 5 bucks and an SD card and power adapter are at most 15-20 bucks. If you're just going to make it a retro pi there's no point in getting the 35 dollar one.

Unless you want to try N64, PSX, or Dreamcast emulation...but then again they can be a bit sketchy even on the Pi 3.

One thing I can also think of, although I don't know any data off the top of my head, is how emulation of add-on SNES chips works. I know the Pi 0 is about equal to the original Pi in power, and it had some problems emulating the Super FX chip.

So I have had the delight to use two different pis, one running linux, one retroarch, an nes mini, a hacked nes mini with infinite games added, and

The winner is the hacked nes mini. Retroarch is fiddly, linux on pi is godawful slow.