Is the best way to get ahold of one through Ebay? Or are there any other sources? I saw somewhere that a company kind of makes them and you can make it look how you want. Also that you could change the configuration of the keys. 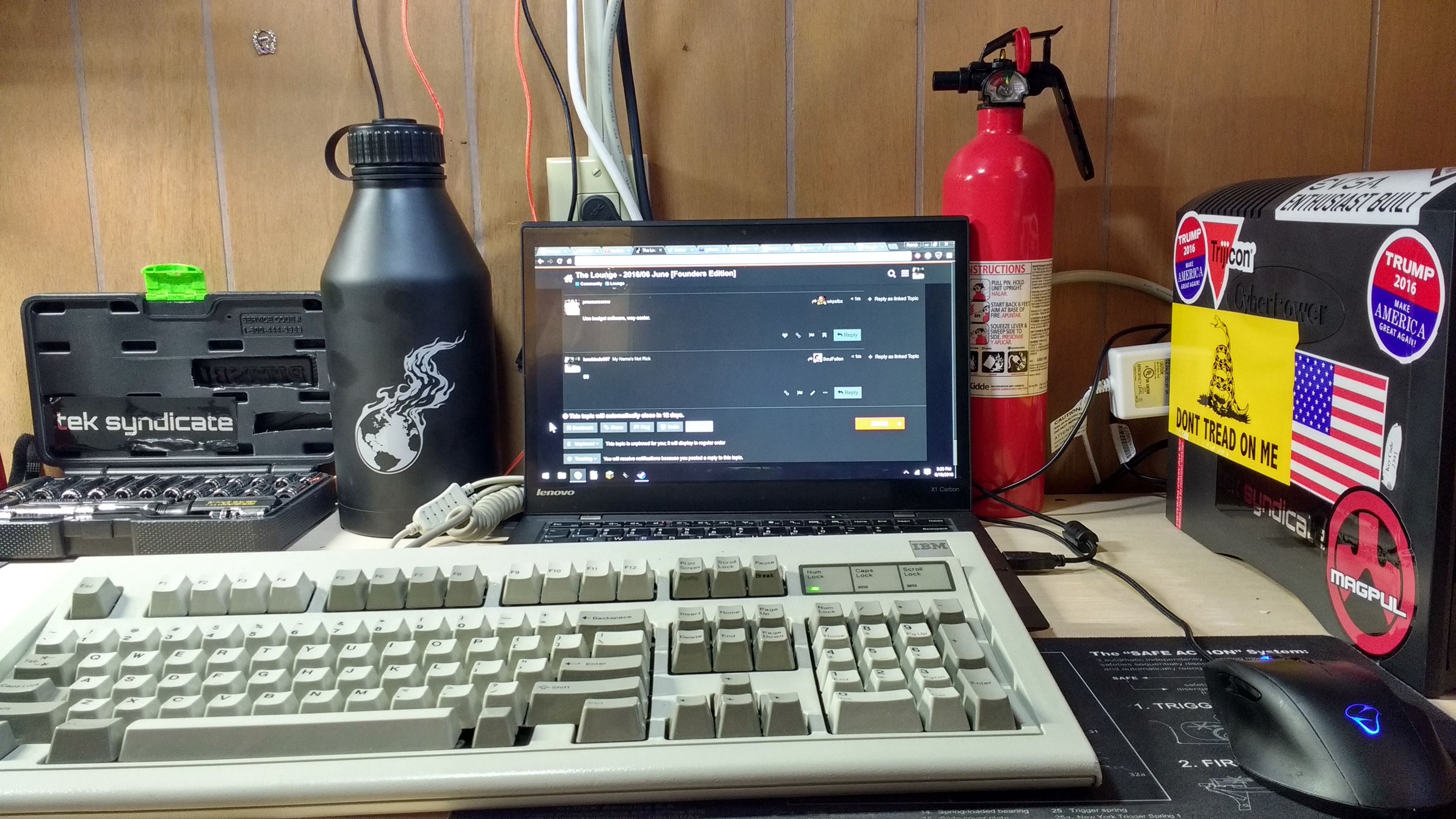 Not atm, just wanted to know how to get them

Best way is to go back in time to 1986, walk into a computer store, and buy one lol

walk into a computer store, and buy one lol

During the 90's they were in used computer stores.....2 bucks a pop.
A few months ago I saw on craigslist a lot of 15 vintage PS/2's for 125. I was going through a lazy phase. Oh well. If someone is selling vintage PC stuff they won't list the keyboard but they may have some.

Hit up ever second hand charity shop you know. If /r/mk is to believed people are tripping over 2 dollar model ms. Kills me every time I see it, that just does not happen here.

Yea thrift shops are usually a pretty easy place to find them, you can also look online sometimes people will sell a model m without even knowing it. I'm a bit spoiled since I work at an e-waste facility. 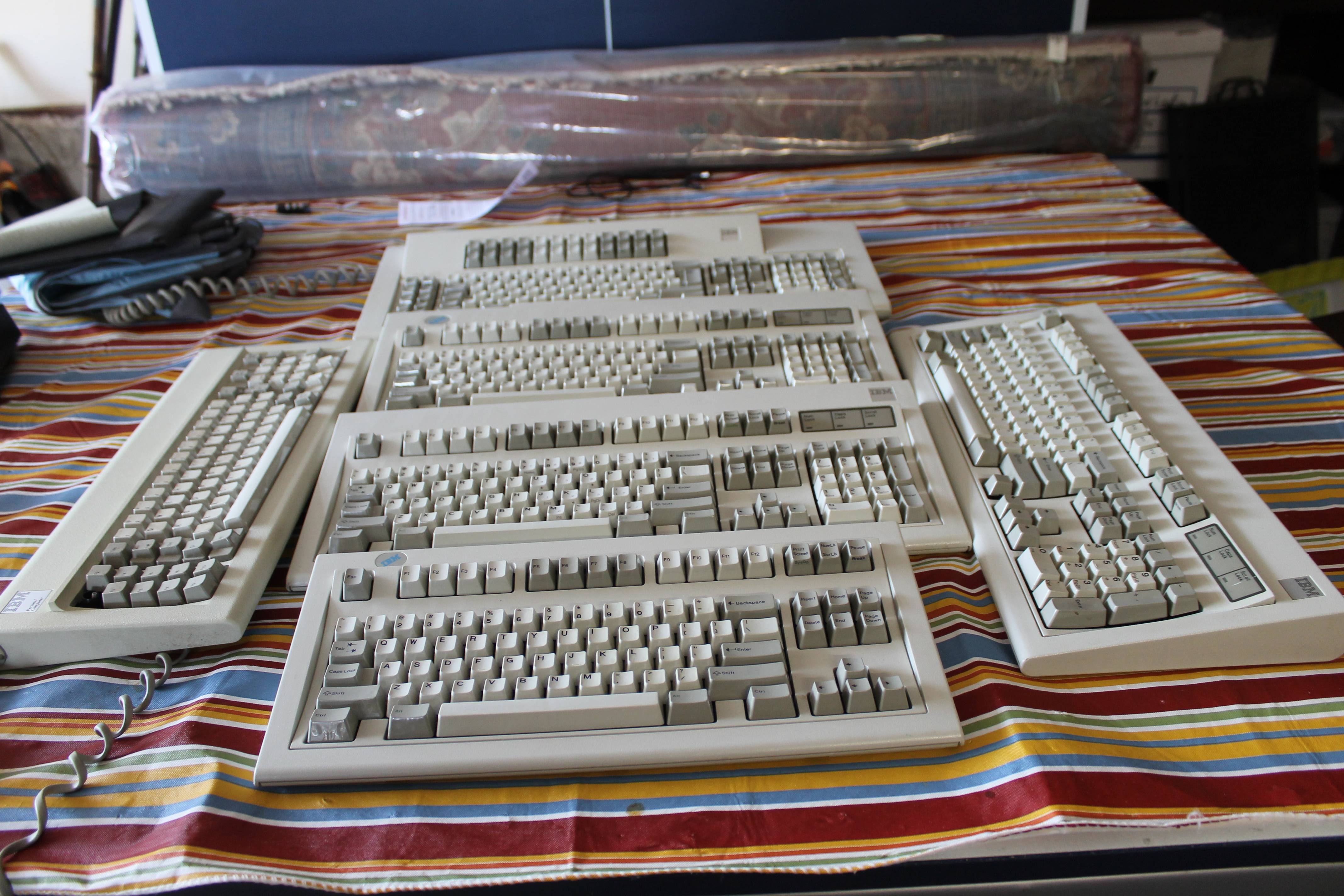 There aren't really any thrift shops in my city sadly :/

Yea noticed you are from Sweden, that might be a tough one. Online might be your better bet at that point.

That is most likely what i have to do. But maybe i'll see some old chap with a IBM PC with the Model M, maybe :D

I wish you the best of luck, and may the buckling spring gods bless you.

You work at a e-waste facility, @Big_Al_Tech?

industry auctions. always see them. the regulars regularly throw them away because theyre just after the servers or something on said pallet. you can literally go to an auction, not bid on anything, and just ask the winners of pallets if you can have the old keyboards they're throwing away. I've gotten way too many model ms this way. pristine ones.

Nice.
Shame about that ALT keycap

I have a model M too. But I don't use it because my PS/2 to USB adapter sucks. When I plug it in, the mouse buttons get stuck. (probably because it sends faulty click signals)

I wonder, which USB to PS2 converter do you use? I have this one; but it's no good: 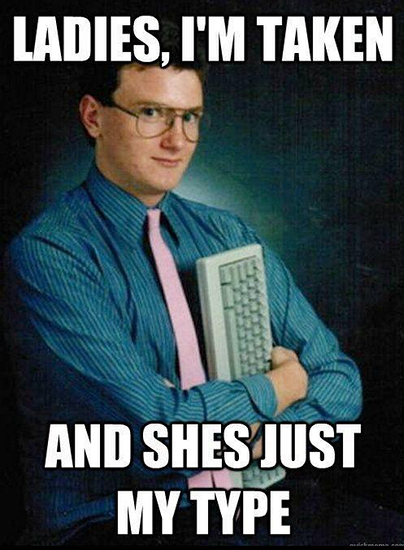 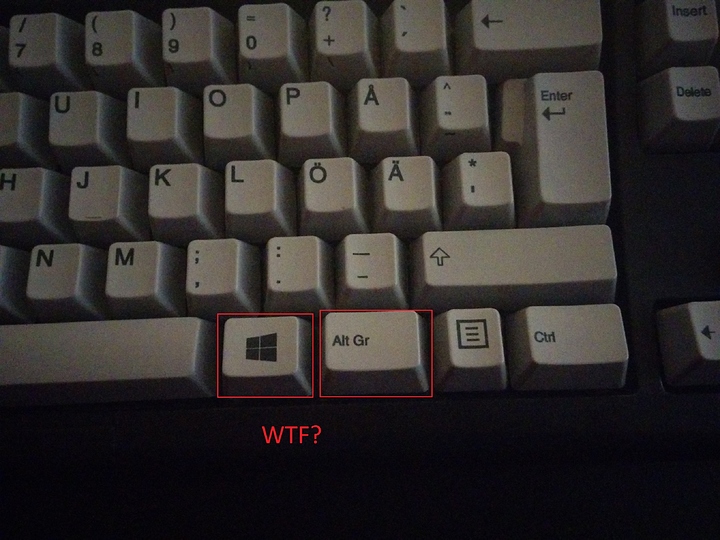 That is a picture of the Unicomp I bought after the switch. The Win and Alt-gr are switched on the right side. Also the left win-key is as small as the menu-key there on the right. They had the wrong pictures on their site for quite some time, they still have the wrong pic for the EnduraPro. I think they have the right images for almost all the others now.

If you want the 101 key version without those extra keys you're covered. They probably changed the layout to save money, same mold for all keyboards. So they have their own standard.