What books have you felt that were realy good for coding, even electronics?

What I have been reading 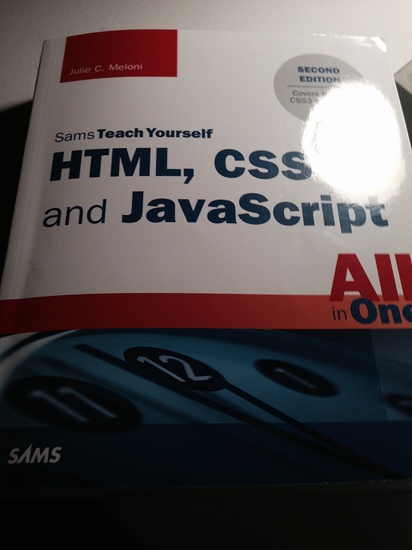 I really liked these two by Jon Duckett 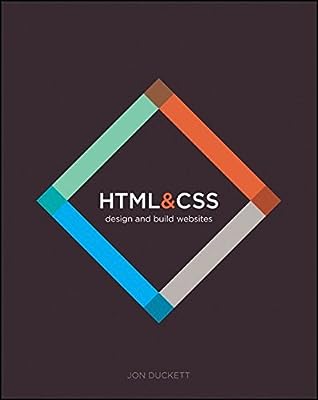 From the Author: Goals for this Book Programming books can often look rather intimidating and uninspiring, but they do not need to be. We wanted to redesign the tech book and make it more accessible, ... 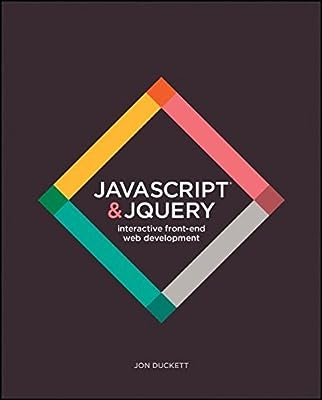 Learn How To Read and write JavaScript Make your sites more interactive Use jQuery to simplify your code Recreate popular web techniques Techniques Include Slideshows and lightboxes Improved forms and ...

Oh boy, here it comes my big list of awesome books in a totally random order:

I skipped some machine learning books, some AI related ones and human-machine interaction. Plus I skipped some non english books I have and liked.
That's pretty much what you need (minor or plus some things) for a master degree in computer science.

Edit ninja 1.0: Can you put on the list and the AI books? (I am very interested in the subject)

cheers for that list when i get to college i will use this list when i find out the code language im learning :D

Also I forgot to add this

EDIT: in both my posts here I listed some books that are cosidered mile stones and a "must know", while in the other hand I listed some really advanced books that only a small percentege of people will read.

I will also point out that I did not read all these books that I posted (I'm not that old xD) but these are the most reccomended by university professors and professionals and most well written.

@spidernet
Pff i have at least 20 book waiting me to read them (without this lists.) xD so much books so little time xD

Edit ninja 2.0: I dont know anything about C++ from where do i start with this books?

Pff i have at least 20 book waiting me to read them (without this lists.) xD so much books so little time xD

I know that feeling :D

Edit ninja 2.0: I dont know anything about C++ from where do i start with this books?

For a beginner in C++ I'll probably reccomend you either Accelerated C++ or C++ Primer Plus, once you know C++ well enough it's useful to have a reference manual such as The C++ Programming Language (4th Edition) in case you need to look up something you forgot or you don't remember well; without reading the "starting" book again.
If you want something in between of a "beginner" book and a reference manual go for C++ Primer.

Take it easy with all these books, don't buy all of them :D Start with one and go from there.

Came across a lot of Herb Sutter's articles on Dr.Dobbs. I highly recommend him and will check out those books you listed.

Pff i have at least 20 book waiting me to read them (without this lists.) xD so much books so little time xD

I know that feeling :D

I think we all know that feeling! 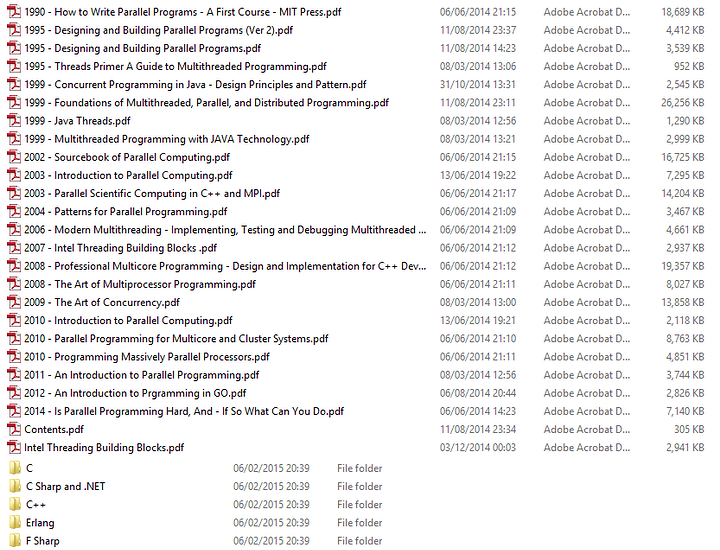 Some of my sources have been:

Also, do a search for something like "programmers mega book pack" (maybe you should use startpage (not google) to search, if you get my drift).

Yep I've been using that github repo for a while, it's great.
Never heard of startpage, neat!

Startpage is just the search engine. it uses google as a backend, but is sercure in that it doesn't record your searches (wink wink, if you get where I am coming from).

I am saying you should not use google to search for "programmers mega ...", use a safer search engine instead.

I'm being overly cautious with the start page recommendation, while also trying to not point out the obvious (trying not to break Tek.S rules at the same time). Search for it and you will know what I mean in 2 seconds.

What's the difference between startpage and duck duck go? I assume they all do the same thing, which is not tracking searches

There are many good books, though off the top of my head the only two I thought were genious

What makes them so awesome are the examples. They are short (so they fit in a book), but insightful. They show neat ways of doing relevant things. To this day I enjoy looking taking the books out and revel in the intelligence and simplicity of the examples.

I hope some day to find a book on algorithms that is equally insightful and equally intelligently written.

I am interested to know if there are any good Asembly language books out there?

For x86 architecture there's the old Art of Assembly by Randall Hyde (not the new one on HLA), also iczelion made some nice tutorials on Win32 development back in the day. Other than that the best books are going to be the intel cpu manuals. PS. Woodmanns old tutorials were pretty good too.

Also other fun sources are osdev.org and osdever.net