So been looking for some real high performance 140 mm fans not considering noise. 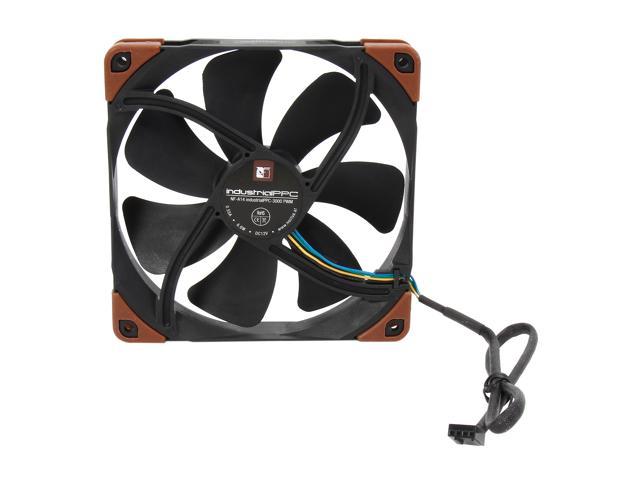 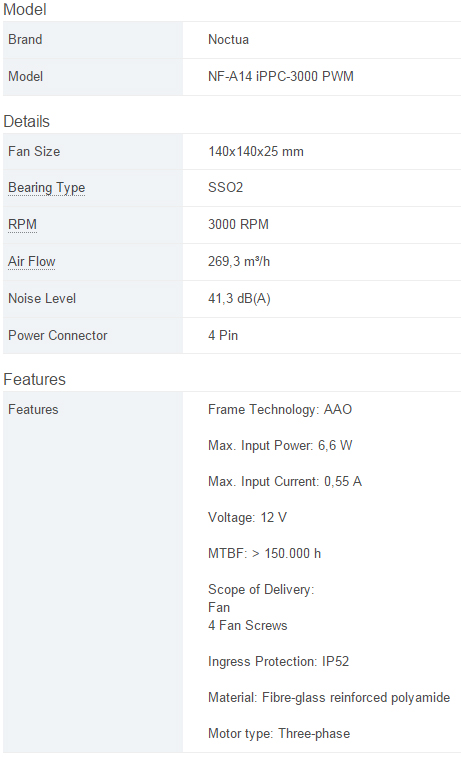 anyone know of something better?

In terms of specs I don't really know of any fan on the market that beats that. These fans appear to beat even the EK Vardar series. However fan placement is pretty important as well, and since these have such a high static pressure the heat will dissipate at a wider range. Where do you plan on mounting these?

top exhaust and front intake. 2 each

I dont known about the noise ? Might as well get a delta. :) Strap a leafblower to your case. lol

thought about that, but they dont seem to have 140mm fans.

Dont you use cougars? They dont have enough performance for you ?

yeah, cougars, but thinking of changing the color scheme so looking to be more annoying for the lan.

Take a look at some of the Akasa's fans. I got their 14CM Viper. http://www.akasa.com.tw/update.php?tpl=product/product.detail.tpl&no=181&type=Fans&type_sub=PWM%20Control&model=AK-FN063

http://www.akasa.com.tw/update.php?tpl=product/product.list.tpl&type=Fans&type_sub=Ultra%20Quiet%20Fan
Their fans are some of the best I found while researching research.

Came into thread expecting Noctua, was not disappointed. Your only mistake is that you didn't choose the shit-brown color fan. Wear that horrible aesthetic as a badge of honor.

If you have two of these fans exhausting and two setup to intake air you'll have the same amount of air going in as you do going out. This could cause your temps to go up significantly if I'm not mistaken. I would go with a positive air pressure setup instead, or negative if you want slightly better temps and don't a little bit more dust.

yeah, those are not the only fans.. i have 1 other front intake and two side intakes.

Look on performance pcs they have some of the most insane fans you could ask for... I think they have a 30mm thick 140mm 300 cfm fan in there somewhere I'll try to find it.

In that case everything should work just fine, I would go ahead and pick up the Noctuas.

Turns out it's a 120mm but yeah its insane and will annoy the entire lan party
http://www.performance-pcs.com/delta-120x38mm-pfb1212uhe-ultra-extreme-256-cfm-super-high-speed-case-fan.html

fuck, why did you steer me this way

>>>>Great item now my pc sounds like a hoover and a heap cooler as well<<<<. "Epic fan, far better than the same model from the DL580 servers. Nice fat wires.". Is PC ready. The same model sold online is most likely a bare wire fan unless indicated ot...

Why not just duct tape a box fan to the side of the case?