Best Apps For Filtering Out Background Noise From Mic?

I’m uncertain about what my best option(s) are out there regarding this topic, but I figure asking ought to help get me the answers I need somehow. So what have I got to lose?

There are times during my game sessions that people have complained about the background noise coming from the fan I have to have pointed at me to stay cool during my sessions. Unfortunately, I have to have it pointed at me to stay cool due to my room not being very well insulated. Regarding this little “issue” here, I tried using RTX voice for this, but I honestly don’t know when it was last updated. Not to mention that within the app there are NO options for filtering out other types of background noise like from a fan or what have you…

Which means I have to look at other options.

Now, for anyone wondering, I don’t actually stream, but I do use voice-chat within my games just to interact with the other players. I’m hoping that whatever else is available out there, it is free & might work better for filtering out any additional background noise. Also, I don’t really have a separate microphone that sits in front of me for voice; I actually use my headset.

If any of you happen to need more details or have questions for me, feel free to ask & I will answer back!

Thanks in advance to anyone who can be of help!

Voicemeter banana, steelseries sonar, or any audio processing app that has a noise gate filter…

Interesting, but any idea which of these might work best for my needs? I would appreciate any advice or past experience if you have any.

It depends, as always, on how much noise you need to filter, how much quality you’re willling to lose to filter it out and how much fiddling you’re prepared to do … voicemeter is notorious for being complicated to grasp, everybody is praising the steelseries app for it’s simplicity … whether it has the same performance or not only you can tell … try them put and kepp us updated …

I used to use voicemeeter banna before switching to rtx voice/rtx studio.

In your case, I’d check to see if your audio has your headset mic as the primary input device. I’ve had calls where my laptop mic would be used instead of my usb mic.

I modified the gate so that my mic wouldn’t pick up my keyboard. However, the gate would have me fade in/out if I moved away from my mic. In your case, this might not be a issue since you are using a headset mic. 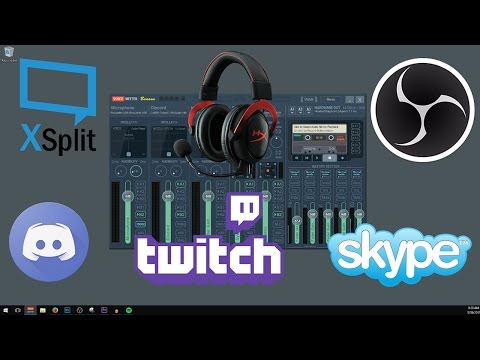 If you were using obs for streaming, I would have recommended the plugin as it doesn’t need additional setup for games 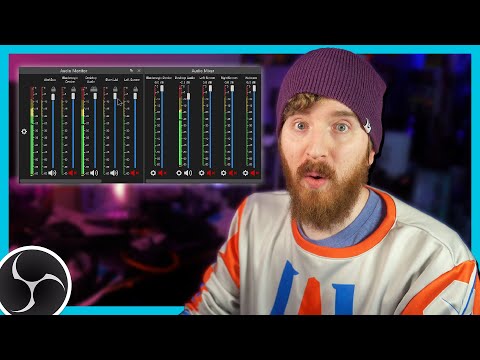 TBH, I tried VoiceMeter before for something different awhile back & it was a little advanced for me. But up until now, I hadn’t really heard of RTX Studio. How is it different compared to RTX Voice? Is it like a more recent app that can do the same thing…?

It’s the same as rtx voice, but a bit more polished and includes webcam effects

Got a question as an audio editing novice; my previous methodology was to just throw analog quality (microphones etc.) at the problem to not have to deal with audio much digitally later.

Does such a technique exist?

Does something like this exist or is it an ignorant idea?

I believe RTX Voice was depreciated in favour of nvidia broadcast, which is basically a newer version of RTX voice with camera filters and speaker effects tagged on.

nvidia broadcast works well enough for me, but I think it’s important to get the mic audio right before you start adding post processing.

Look into getting a mic boom arm if you don’t already have one, those aren’t very expensive and can make a huge difference.

Stationary setups are no issue for me, I was wondering about such a technological solution when you don’t have much time to set up in varying environments with a poor fu** single person recording (I use a Blackmagic Pocket 6k).

I have a Sennheiser MKE 440 attached to the camera since “proper” stereo sound as well as a small footprint is important for me but it picks up a bit too much specific noises from the camera itself. 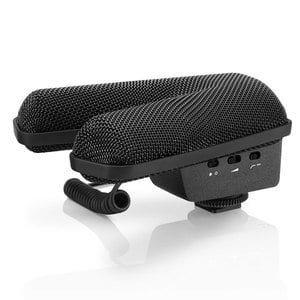 From a musician angle, trying to remove noises after the fact will sometimes create audio artifacts which is why you see hardware or now software noise filtering you adjust after you’ve found the room acoustics–I have to admit I’ve used analog mics out of habit than moving on.

As far as the topic itself using Nvidia Broadcast should work, often you need to adjust the mic audio levels to minimize picking up nearby noise(ex: desk fan) and also make sure Windows is using the mic/audio interface if you also have other devices plugged in(ex: Webcam, built-in mic on a laptop, etc).

Yes, this is why I thought of the “manual ANC”, recording “silence” in step 1 and then removing that specific background noise from the actual recording. In my mind that should lead to fewer audio artifacts than general filters but of course I’m just a normie pleb

in the mic section.
disable mic boost if you can place it inches from your mouth/speaker. (mic boost tends to boost highs
and mid’s so you end up hearing everything else in the in the room too, even with a directional mic.).

in your apps just use the same settings use used in the initial sound setup.

also dont plug into the front jacks for mic’s as the wire connecting it to the audio is likely not shielded, so will act as an antenna.

I tried using RTX voice for this, but I honestly don’t know when it was last updated. Not to mention that within the app there are NO options for filtering out other types of background noise like from a fan or what have you…

I switched to Nvidia Broadcast that substitutes RTX voice and I guess the point is exactly that: the program figures out itself what is background noise and the microphone noise to filter them out automagically.
Skype is yelling at me constantly that it doesn’t pick up any noise when I’m not talking so I guess it does it’s job.
Plus now there’s the option to select between levels of noise and echo reduction.

I’d stick with that and see if the updated version helps.

I’ve considered using it, but I thought it offered more “professional” tools for like editing & stuff. [Someone feel free to correct me if I’m wrong or mistaken.]

Besides, someone above suggested I try using the SteelSeries Sonar app, & I used it yesterday during 1 of my sessions. Only little problem was I didn’t bump into anyone who could actually tell me if it was doing it’s job at filtering out the fan noise.

If it turns out, that it doesn’t work very well at filtering out my fan noise, then I guess I could at least check out Nvidia Broadcast before I decide to use it.

I’ve considered using it, but I thought it offered more “professional” tools for like editing & stuff.

Totally, it’s just a piece of consumer tech made for situations like “my microphone is kinda bad and my neighbours/house mates/kids are noisy, I can click here and make them go quiet through the mic”.
No editing, not many options, it’s KISS.

Besides, someone above suggested I try using the SteelSeries Sonar app, & I used it yesterday during 1 of my sessions. Only little problem was I didn’t bump into anyone who could actually tell me if it was doing it’s job at filtering out the fan noise.

Never tried. Maybe use test calls from Skype/Teams/Discord or the monitoring feature to test out if it blocks out noise well or not.

If it turns out, that it doesn’t work very well at filtering out my fan noise, then I guess I could at least check out Nvidia Broadcast before I decide to use it.

Sure, what works for you is best. I’ve had good luck with my C920 microphone and Nvidia Broadcast.

Another option could even be using your phone for comms, if truly nothing works. Earphones with no mic, phone propped up near your mouth and you’re set. Usually noise cancelling on them is super good.