This started off as a update post, but as I dove deeper I decided it was worth justifying a full post

Boy this upgrade process was a massive headache taking much longer than I expected. It didn’t help that I needed my laptop to be up and working the next day for a web conference.

update on the situation

Unfortunately in the middle of the upgrade, the insufficient space issues weren’t resolved. As a result, the upgrade was stuck and couldn’t finish, so I had to restart the computer. However restarting my laptop would interrupt the upgrade process and ultimately corrupt my package manager. I think a conf file that both DNF and YUM depended on was corrupted in the process of restarting, as when I ran dnf, it kept giving me a python libdnf import error.
With additional other errors

I tried a bunch of methods to fixing it

This was the closest, with a similar scenario. I didn’t want to risk removing a dependency. The easiest solution recommended was for me to back up files and reinstall Fedora. 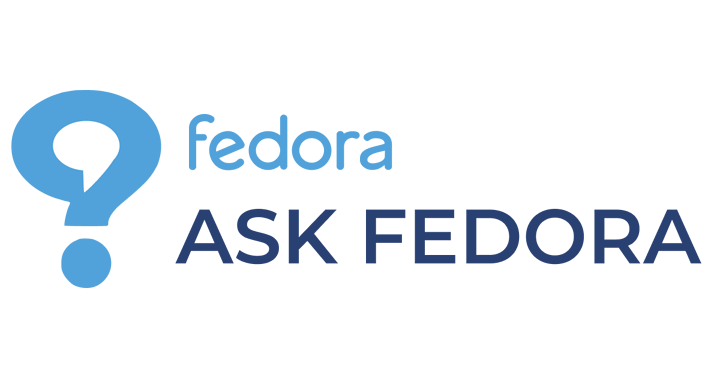 Dnf got corrupted at some point

At some point over the past years, dnf stopped working for me. I don’t recall the details at this point; only that when I attempt to use dnf I see the following error. $ dnf Traceback (most recent call last): File “/usr/bin/dnf”, line 57, in ... 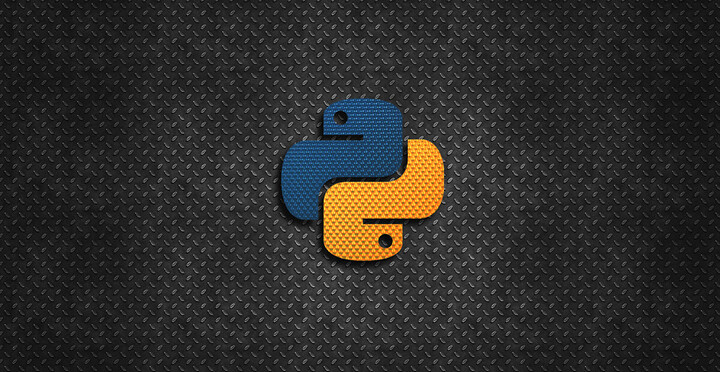 Dnf got corrupted at some point

You probably can switch back to your default python version. It should still be installed. Have a look here or there: https://linuxconfig.org/how-to-switch-between-python-versions-on-fedora-linux You can use whereis python or locate to find...

This was another solution, but I couldn’t reinstall yum-deprecated

DNF and YUM does not work after Purging usr/lib/python3.5/site-packages/

This was another source that had rpm commands, explanations for debugging issues

How to recover a broken Dnf? after installing keras

Hi, new user here! I am currently on Fedora 28. So I wanted to install Keras (lib for neural networks) so I followed this tutorial: https://nextjournal.com/gkoehler/digit-recognition-with-keras Which uses conda that I downloaded. Then I downloaded...

How to recover a broken Dnf? after installing keras

With additional research, I decided to try running a curl/wget command on the libselinux to download and try uninstalling and reinstalling the package to resolve the libselinux error. I could figure out why I couldn’t curl/wget the package, turns out I had entered the incorrect url.
https://pkgs.org/download/libselinux
I was successful in downloading the packages, however when I went to install them, rpm refused to install it as the packages were already installed. At this point I should have gone back to solution 3 and try downloading and installing koji, but It was already 4 AM and I really wanted to sleep.

If the files are corrupted, why not replace them? The only issue I had was not knowing how to mount my flash drive from the terminal.
These guides were pretty helpful 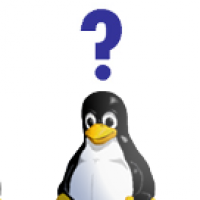 how to mount usb flash drive in fedora? 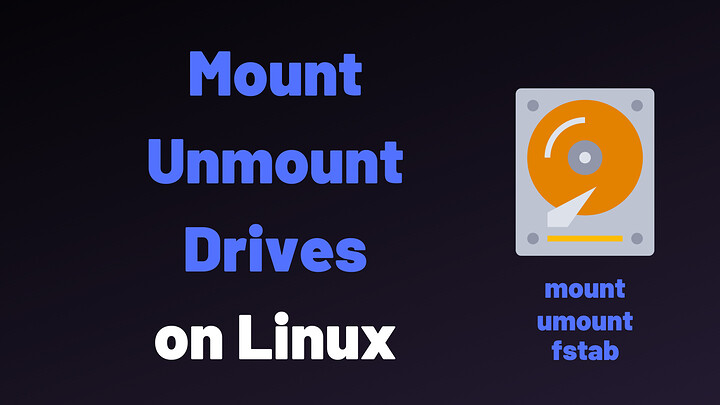 How To Mount and Unmount Drives on Linux – devconnected

I tried replacing the files, but still got the same issues…

At this point it was 4AM, I was at my wits end, and I had exhausted my options and research. I was avoiding this from the start because I deemed it to be the brute force stupid solution and would have preferred to get more comfortable with the terminal,

Ultimately I could have revisited solution 2, but I really wanted a computer for web conferencing and wanted to sleep.

I ended up only getting one of those desires, so I will let you figure out which I got

I first had to copy all my documents, downloads, videos, and pictures. Only thing was I didn’t know how to copy whole directories
I found this guide to be particularly helpful 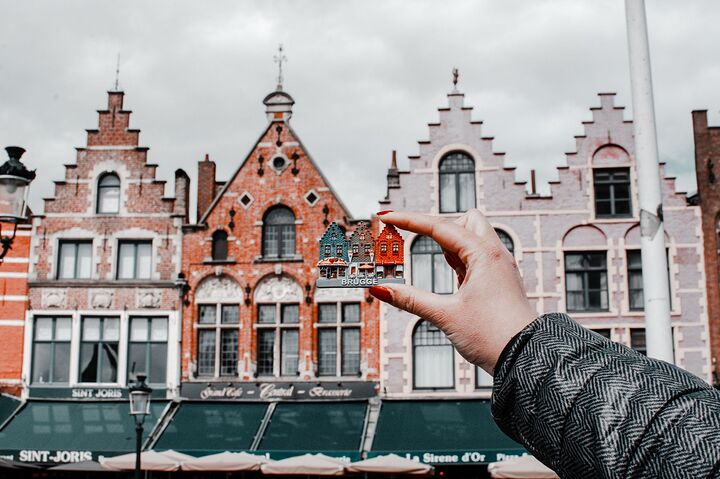 Copy a Directory in Linux – How to cp a Folder in the Command Line in Linux...

To copy files or directories in Unix-based operating systems (Linux and MacOS), you use the cp command. The cp command is a relatively simple command, but its behavior changes slightly depending on the inputs (files vs directories) and the options...

This took longer than I expected. I didn’t feel like setting up a new Fedora installation, so I reused a flash drive that had Fedora 28 (29 and 30 used a version of nouveau that would cause boot errors. I assumed I could jump from 28 to 32 in one update.

boy was I wrong

As learned later this would not be the case. Through trial and error, I learned that I could upgrade from fedora 28 to fedora 30, but not from fedora 30 to fedora 32. I had to wait through 2 upgrades before I could get to fedora 32. Once I got fedora 32 installed I went to sleep.

see the commands here to install the dnf upgrade plugin and just change the releasever to the next number.

Fedora 31 is available now. You’ll likely want to upgrade your system to get the latest features available in Fedora. Fedora Workstation has a graphical upgrade method. Alternatively, Fedora offers a command-line method for upgrading Fedora 30 to...

The software center can be buggy sometimes. Even after clearing space out on the drive so it wouldn’t upgrade. DNF upgraded, but then it got stuck in the upgrade process

You could always just install Fedora on a spare flash drive and rsync the new /system partition to your target drive.

That way you don’t touch the /home partition, selinux and symlinks are preserved and you avoid all that nastiness above while also getting a “fresh” install with your data preserved

I employ this same method to use Fedora on filesystems that the installer doesn’t support (F2FS, ZFS etc.)

You could always just install Fedora on a spare flash drive and rsync the new /system partition to your target drive.

That way you don’t touch the /home partition, selinux and symlinks are preserved and you avoid all that nastiness above while also getting a “fresh” install with your data preserved

I employ this same method to use Fedora on filesystems that the installer doesn’t support (F2FS, ZFS etc.)

Huh I guess I’ll need to keep that in mind next time. Either way my documents and other files are backed up before I reinstalled.
If this method could preserve my customizations (ie all installed packages and anaconda environments), then it might actually be better than the brute force method I did in the OP

Can confirm it retains all your DE customizations. I never lose my gnome addons and themes across distribution upgrades, since those are all stored on the /home partition.

how do I do that? Is there any guides to do that?

I can post my personal notes I wrote down for myself back when I had to scour the old fedora forums before they were purged.

To put it simply: just install fedora to a spare flash drive
(we’ll call this slave drive for its purposes) with the regular fedora installer using the manual partitioning option. Then you want to manually partition your target drive you want Fedora on, exactly like you partitioned your slave drive using the command line or gparted. Either works fine.

Then you want to create mount points (directories) on the live session for the /root on both the target drive and slave drive, then mount them at each mount point.

From here you can rsync between both mounted partitions. Obviously you want to rsync the slave drive root partition you mounted earlier to the target drive root. Rinse and repeat for the /boot partition (important to copy over when upgrading whole distro), and /home if you need it.

Unmount each partition when finished, then lastly you want to chroot in to your target drive and change the /etc/fstab and /etc/crypttab (if you used encryption) as well as update grub with the UUID of your EFI partition on your target drive if you copied over the new /boot partition from the slave drive, at /boot/efi/EFI/Fedora/grub.cfg (per fedora documentation).

When finished you want to rebuild the grub.cfg using a command I can’t remember off the top of my head right now before exiting chroot (if you exit chroot by accident its no big deal you can just chroot back in without having to remount everything)

chroot doesn’t unmount partitions on fedora properly at this point so just systemctl reboot and let the system unmount everything.

At that point your system should boot up if you set the proper fstab, crypttab and grub.cfg uuid’s and and rebuilt the grub.cfg at /boot/efi/EFI/Fedora/grub.cfg while chrooted in the target drive.

The command to rebuild grub2 with a UEFI system:

I’m going to read this again later.
I just bought a new m.2 drive (500gb) that I plan on switching with my m.2 (256 gb) drive on my desktop (only has 1 m.2 slot) and using the 120 gb drive that already has fedora installed as a intermediary test drive.

This is what the red hat devs call the future?

From personal experience with Fedora always keep a spare SSD around may it be for testing the new version or backup.

From reading all the issues you’ve had upgrading from Fedora is nearly the same hell I’ve experienced in the past but I’ve never waited that long between versions. Much of my issues is some stuff on Fedora’s repo sometimes disappears from one version as something didn’t meet the time frame between beta/RC. At one point I gave up using the Fedora Scientific Spin.

and I’ve never had an upgrade issue

I can post my personal notes I wrote down for myself back when I had to scour the old fedora forums before they were purged. Otherwise the current fedora documentation is extensive. To put it simply: just install fedora to a spare flash drive (we’ll call this slave drive for its purposes) with the regular fedora installer using the manual partit…

Turned this into step by step directions, will probably be asking questions based on the steps

At that point your system should boot up if you set the proper fstab, crypttab and grub.cfg uuid’s and and rebuilt the grub.cfg at /boot/efi/EFI/Fedora/grub.cfg while chrooted in the target drive.

Now, with *buntus and btrfs, I rename @ and @home to something sensible, typically @r and @h, and adjust the fstab and grub accordingly. This frees up @ and @home for another install to the same btrfs, and sometimes I have half a dozen bootable installs happily coexisting in the same smallish SSD. Can I do this with Fedora? Or do I have to follow the above procedure?