When the Atari VCS Kickstarter was started back in 2018, the APU inside of was speculated to be an A10, APU using old AMD CPU cores and R7 Graphics. I recently received an update on the project which states that it’s going to get an upgrade!

The blog post says that it’s now going to be using “a 14nm AMD processor featuring high-performance Radeon Vega graphics architecture and two “Zen” CPU cores”
This will delay the release a bit (End of 2019) as switching the whole board out it a pretty big thing but it’s definitely a good move.

Seems more like a side grade in GPU performance and a mild upgrade on CPU side of things.

Great for emulation though since the APU is much faster in single core than an AMD A10 or something.

Taking a quick look at wikipedia and the blog post stating that it going to be an “Embedded chip”, it’s probably going to use the “V1202B” which looks equivalent to a slightly lower clocked R3-220U.

Here’s a basic benchmark I found though the embedded chip’s numbers do seem to be a bit off (1 sample doesn’t help) , it does seem to be an improvement at no extra cost to backers!

Wasn’t too far off, the new chip was released a month after that post.

Ooohhhh so you actually have one now?

Please do share how it all goes I would love to know more, I have been reading about it birthing problems for a few years now.

Will you just use it for its stock purposes or any you going to see what you can do with it off label.

I’m definitely going to see how “Off label” I can get!

Nice, I hope itnis not too much of a mess underneath to get some Linux’s going.

Maybe even able to turn it into an android set top box. Hmmm… Now I am getting ahead of myself.

Oh did you get one of the controller sticks too?

Didn’t get a joystick, just the console.
As far as getting Linux running, it boots fine. Mash escape when booting and you get a VERY limited BIOS. Only “boot device” option is usable, everything else is locked behind a password.
Wasn’t able to boot my usual ventoy multi-iso USB but a freshly burned Ubuntu 20.04 USB worked fine. Secure boot only maybe? Have to check further. 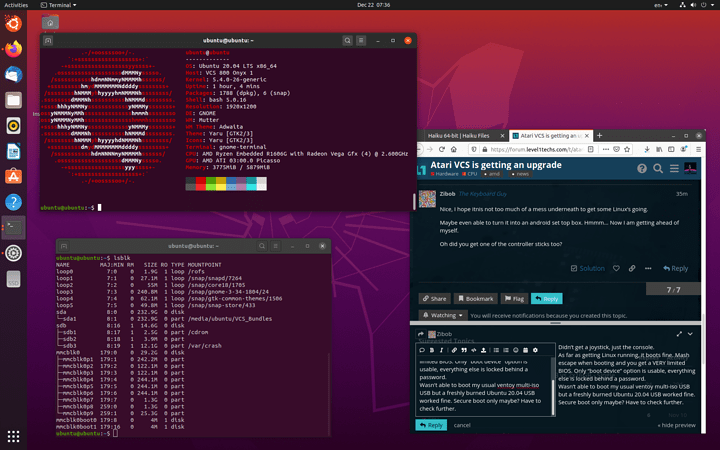 Looks like the EMMC isn’t encrypted. With a bit of virtual filesystem mounting and chroot-ing, it seems that it’s running a Debian based distro. 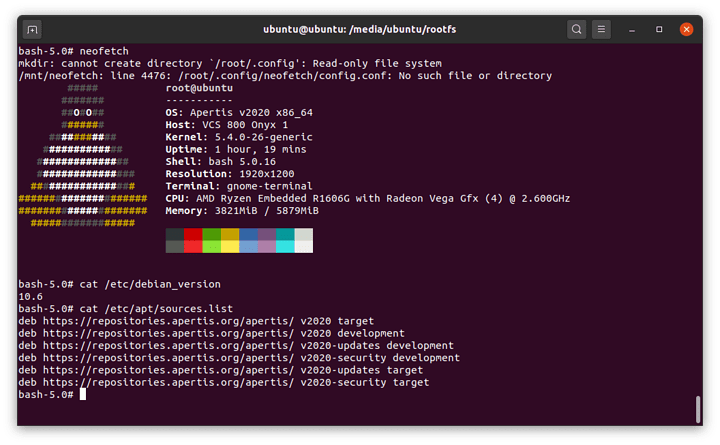 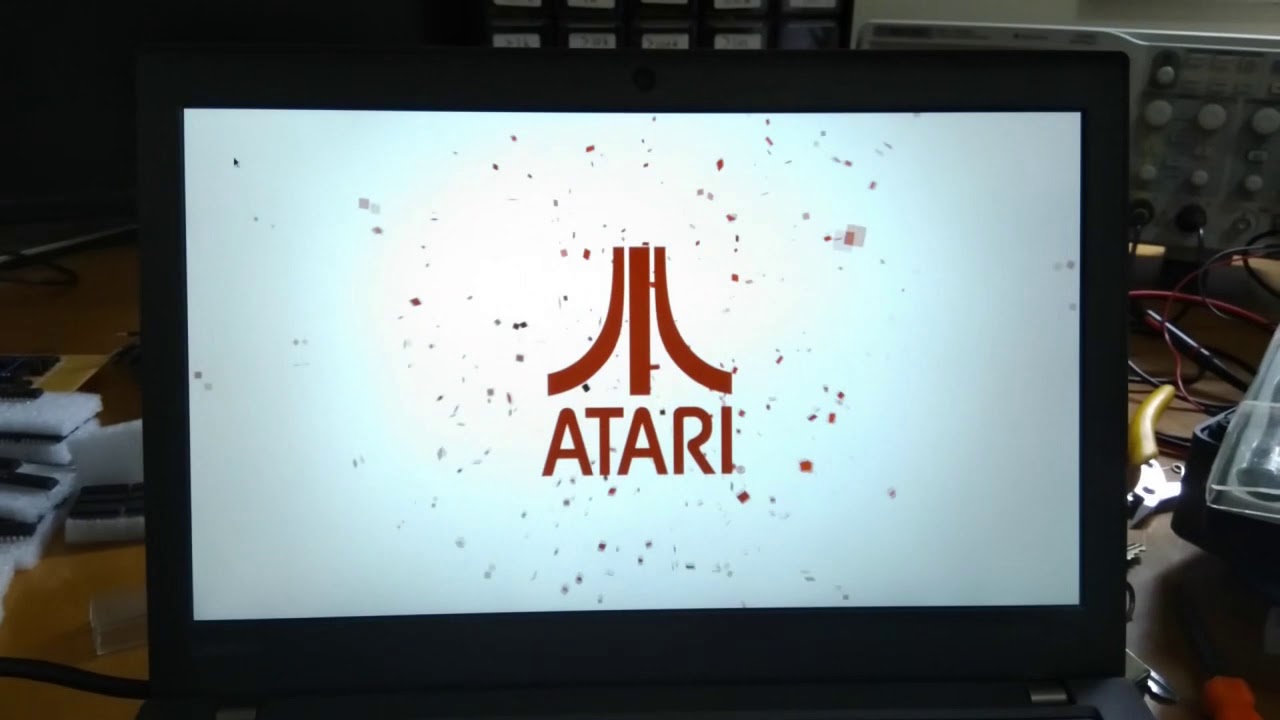 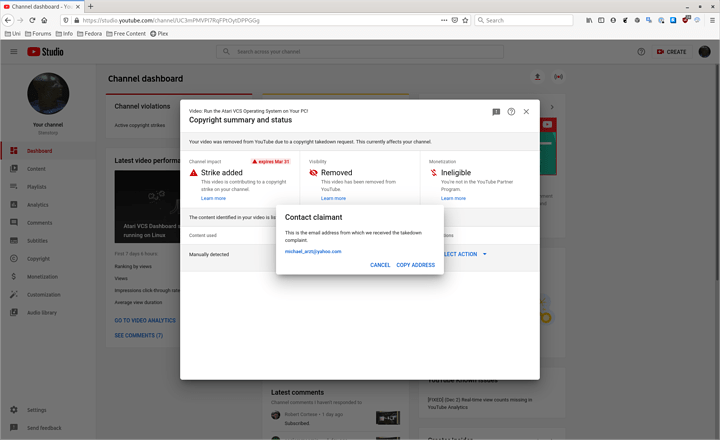 The COO of Atari just struck down a video I made showing people how to run the Atari VCS Operating System on a PC! The “Copyrighted content” is aparently the “Atari VCS operating system and dashboard”.
3 Likes
Zibob December 31, 2020, 1:00pm #12

Wow this machine entire life story is just a mess.

I expect this will turn into a flood gate issue, they can stop a few people but not everyone.

Having just watched the news…

Well I did kinda share a link to a clone of the internal drive containing the VCS’s OS and Atari’s software. Piracy maybe? I’ll try and re-upload it without the link and see if it gets taken down too.

oh. yeah, that’s not okay to link to just a dump of literally everything.

maybe try making a new video and emphasize that you have to own the console to do this, or something like that?

though you should maybe ask atari for a link to source of any GPL’d software they used too. since that’s required per the gpl. they distributed it to you, where is the source?

Way ahead of you 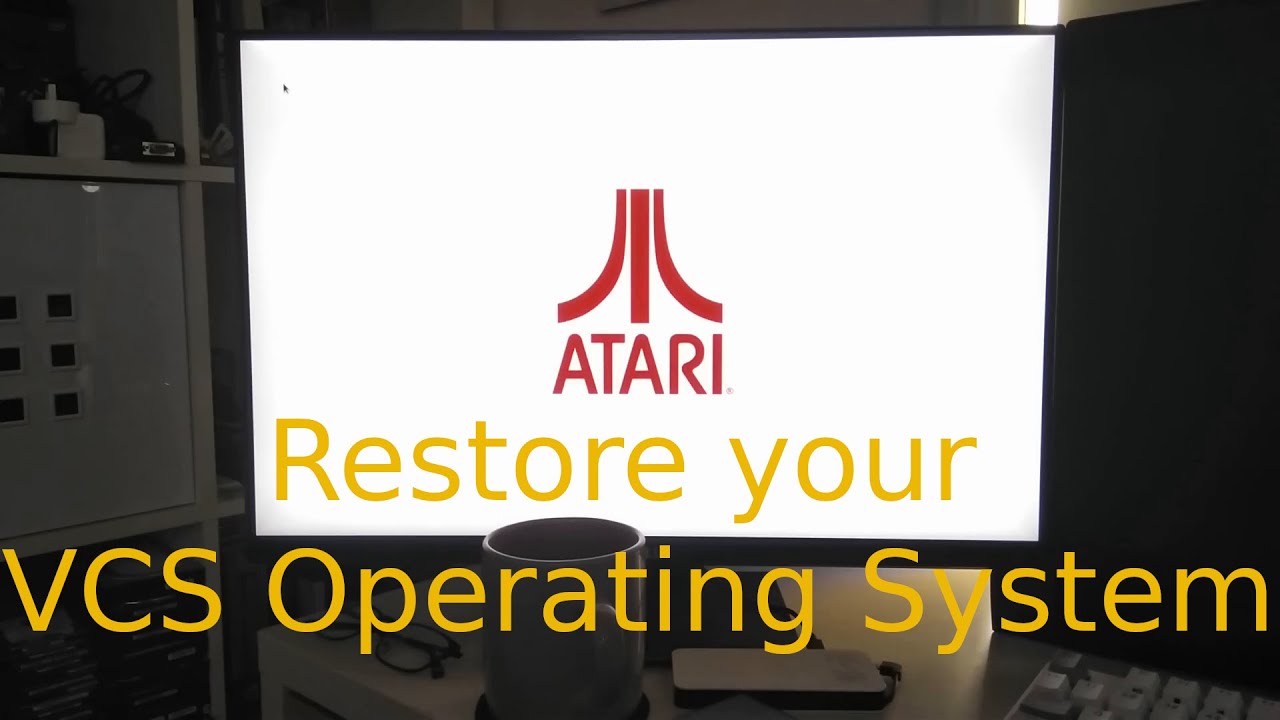