Which card is the best for cooling and build quality? (They both cost the same £520)

- It has an aluminium backplate for extra stiffness and cooling. 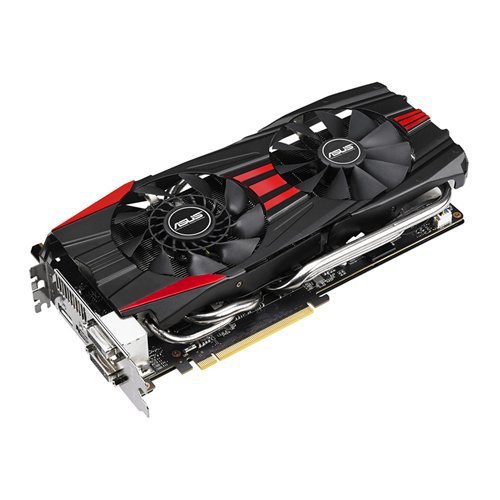 While I think both are excellent, I would first choose by price/look.. which every is more important to you, after that, I would probably choose by the highest default overclock as a sign of the factory testing and overall performance of the card.. that't not a guarantee that one is better than the other, but it might be.. whats the difference between the default and the SC cards? testing by the manufacturer.

Am I willing to spend more money based on this... not really. I think both companies put out great products and have great customer support.

Thanks. I think I might be swung towards Asus' build quality. Their 870 Ti has a metal shroud and backplate, it looks solid. I wonder if it lasts longer because of it.

Those sound like good reasons to me. I have also heard their coolers are very quiet. :)

Both of these cards are excellent quality, both will have upgraded PCBs, and power phases. The backplate is an awesome add from Asus but for 20 USD you can buy one for the EVGA. I own a EVGA card with the same cooler its freaking silent even at 100% fan speed. Also EVGA's customer service is top notch.

For the green team overclocking isn't so much about luck Nvidia chains down their cards anyway. I would expect both to have the same performance within 3-5%.

I would just go with what is cheapest.. unless you really want to overclock the card. MSI is a good brand as well. Sparkle is a lesser known but was one of the earlier adapters of custom coolers and makes good cards.

Just don't get zotac or powercolor.. they are kinda notorious for quality control issues and customer support.

Well the Asus back plate is a great plus. Definitely a big selling point, although Asus has really shit costumer support when it comes to broken products. Evga, is the exact opposite and kicks ass when you have a bad product. So warranty is a definite plus one to the Evga. Performance should be identical to 1-3fps depending on the silicon lottery and your not getting the top line of the silicon on either considering Evga has higher end cards in the Classified, and Asus the Matrix.

MSI is the winner though. :)

I would recommend the Asus one unless you are getting the EVGA Kingpin version.

Cool. I rather have great build quality and a quieter / cooler card more than a better over clock. :)

Cool! What do you like about it? :). All these cards are great. I guess what's interesting is what each card excels in.

The Twin Frozr IV cooling is excellent and very quiet. Also Hynix memory, that might overclock better. Also, in Europe it was cheaper than Asus (which is excellent card also).

I would go with the cheapest there is.

Evga is the way to go. Evga has the best warranty and support out there. The ACX cooler is better than Asus's Direct CU II. The Evga also does have a support backplate, its just internal underneath the cooler. Asus does make great products but when it  comes to the 780ti Evga hands down has the better overall product. MSI in my personal experience I tend to avoid. I've had bad video cards and mobos from them and then left helpless cause there customer support is terrible. Idk others may have had better experience with MSI but not me.

I think Asus has a superior build quality on this card in particular, but really either one is fine.

The Evga excels in... Warranty, Customer Support, Build Quality, Over clocking ability and Cooling. But if your not over clocking and have a  case with decent cooling just go with the cheapest 780ti you can find. Even the reference cards are quite good.

Holy SHIT that's expensive. The Kingpin edition is $150 cheaper in the US, and the regular Classified is like $710. That's a huge markup...

I agree with cmrmaria ASUS does have amazing build quality but on EVGA's side I hear that they work with Nvidia (from a friend) and that friend says that they have better drivers but idk if its true Just keep it in mind and I'm just mostly backing up ASUS's amazing build quality idk about EVGA cooling setups but my 760 that ASUS made runs 24-30 C Idle when my house is very cold its about 24 C at start up idle but the average is just under 30 C idle and thats with 4/5ths of 1 of the 2 fans blocked by something in a PCI slot. EVGA might have better coolers but again I'm talking about a cooler on a 760.