Are creative jobs safe from AI?

OpenAI recently released DALL-E, a neural net that can create images from text captions in natural language. This site is really worth playing around with: 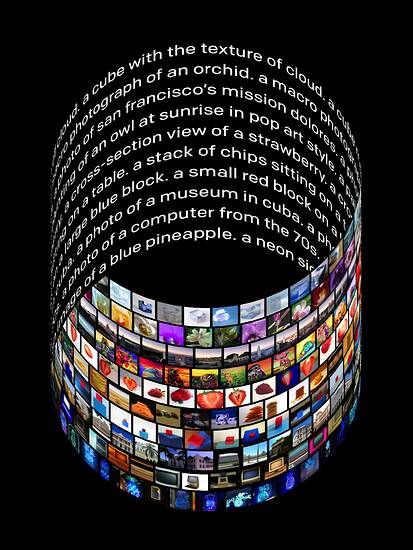 We’ve trained a neural network called DALL·E that creates images from text captions for a wide range of concepts expressible in natural language.

One example from the site:

Note that these images are generated from text, not found by text - they even show some of the non-sensical generated images where you can kind of see what the AI was trying to do but didn’t quite capture the text.

The title question might be more in-line with designer work but I do consider software development as creative work as well. I’m certainly spending a lot of time automating parts of my job.

I don’t actually see this as a threat to the job security of most developers, I just think the job will change rapidly as tech advances and developers who don’t keep up will at some point become either niche specialists for legacy systems (JS will be the Fortran of the 2040s?) or pivot into management.

Yes, your job is quite safe for the time being. In my opinion creativity has two parts: the act of creating something new, and an act of judgement. You make a thing, and then you ask yourself: does it suck?

Even if you call deriving an image, a song, or a story from millions of existing examples something “new” there’s still that second part. It may in fact be mostly random, and I don’t think creativity is “magic” or anything like that, but I think a system that can process and interpret random experiences in general and craft some kind of intuition from it is something that is still going to require a lot of work.

That is an interessting question. I think yes and no. Basic Stuff like Creating a T-Shirt Design or a Print on a Mug or a Basic Company Logo will be AI Powered. Top level stuff like desining a car or a airplane interieur will be still human powered imo.
I will give it 2-5 years for that to happen.

I can see something like that yes. I see this at least as a rapid prototyping tool to help creative types bounce ideas off. To take an example from the site of the Avocado-shaped chair, having seen that result there is that second step that @redocbew mentions. The AI can spew out a lot of results but the human provides the “so-what?” - perhaps a creative designer can get some inspiration by looking at these generated ones and picking what they like and rejecting what they don’t to create something “new”. Now for another little rabbit hole, who owns the content generated by such an AI? Can the result of this process be patented?

Can the result of this process be patented?

This has actually been tested recently and right now the answer is; the creator of the AI is awarded the patent for what the AI creates.

He does not under stand what it created, he just knows it is viable and novel, as such he argued he should not hold the patent but his AI should. This was rejected and he is the holder of the patent.

Sorry I can’t remember more details but the story is out there, it was covered on the L1 news at some point.

That’s interesting, not sure what to make of that. You can argue it both ways. We already have models for hire e.g. AWS Cognito etc. If/when a public cloud company exposes endpoints to an AI that’s this sophisticated, is any result of the AI the property of that company? That doesn’t seem right to me.

It’ll be interesting to watch over the coming years and I think the concept of what a patent represents will be challenged. If we’re going to tax robots/automation, maybe we should be debating idea ownership rights in the age of AI. 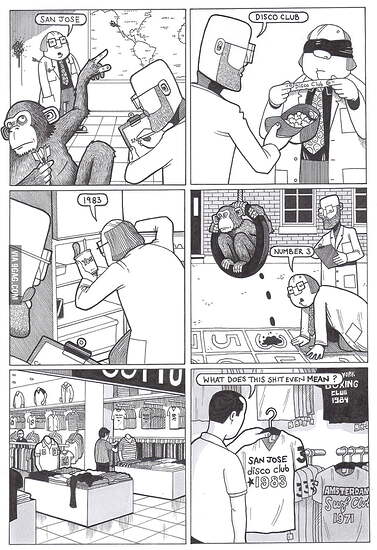 yes, and very easy to monetize

low-code and no-code stuff is getting out of hand, I think these two might fuck development jobs more than AI, that means designers are now able to do almost everything, aided by AI they’ll be able to make a lot more

see figma, it’s deadly easy to learn and get a grasp, now imagine you go like “yellow scattered balls with blur half transparency on background” and boom, there you go

At least I’ll still be able to pass butter…

Your job is to pass the butter. lol

yes i believe especially in rural areas there hasn’t been much creative work, besides music, and with ai so accessible no room to “get in” so to say. But gosh very intriguing question

Plus, with the low standards people are willing to accept for “creativity”, it will be easy for AI to take over that whole market.

The images are pretty impressive, and could be a good stand in for 3D renderings/sketches in a pinch, but I don’t think this presents a viable alternative as is. If anything, this could be another ideation tool for creatives in the near future.

Most AI generated imagery I’ve seen lacks a couple of major things - an understanding of depth, and how objects fit in an environment when there are minimal contextual clues. At the point that understanding is developed, it would be interesting to see what could be done.

There’s a definite potential right now for automatically generated imagery to be produced from architectural floor plans, which can also be produced with a level of automation, as software that can automatically generate 3D models from 2D plans has existed for quite a long time in interior/kitchen design, but these all fall back on the use of object libraries and preconfigured relations, and it’s all more A than AI.

With how fussy designers are (myself included), any AI/machine learning generated imagery would need an overarching notion of design language, or be specialised in specific movements: trained on very specific image/3D sets, with an understanding of how the design of objects has independent relations to shape, materials, colours, etc… There’s also the considerations around aesthetics vs function. It’s all good creating something that looks good, but if it’s an object design for use by a human, quantitative anthropometric data is no substitute for physical prototyping.

Yes i was about to add that it will def. make the job market narrower, due to “you must be at least this much more creative than an ai to work here” if that makes any sense. also wendell on the drunk news i remember talked of so many “lawnmower Picassos” very inellegent people not thriving due to isolation and no opportnity. it may make their situation worse?

Creative AI is years away. The current AI models are really only good at storing and retrieving data in a fuzzy manner. If they are presented with new information to extrapolate with, they do just that — interpolate the data to fit existing information and retrieve a preexisting solution.

Hell, even self driving cars (cough truck driving cough) is years away. Sure, they can cruise on the interstate, but the moment they reach a town, a human will have to take over. We are likely an order of magnitude further away from “creative” safe driving than you’d guess.