Anyone have thoughts on how on earth this happened? There is fluid between the backplate and the card. Looks like there is some kind of mesh sticker and its between that and the clear acrylic of the eagle.

Not sure if its water leaking from one of the screw holes or something or some kind of thermal grease on the vrms or maybe glue from the sticker that heated up? 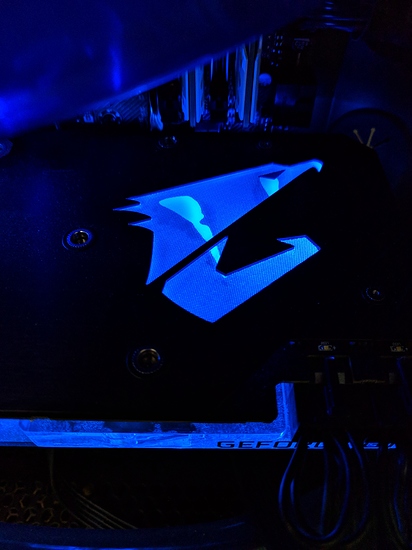 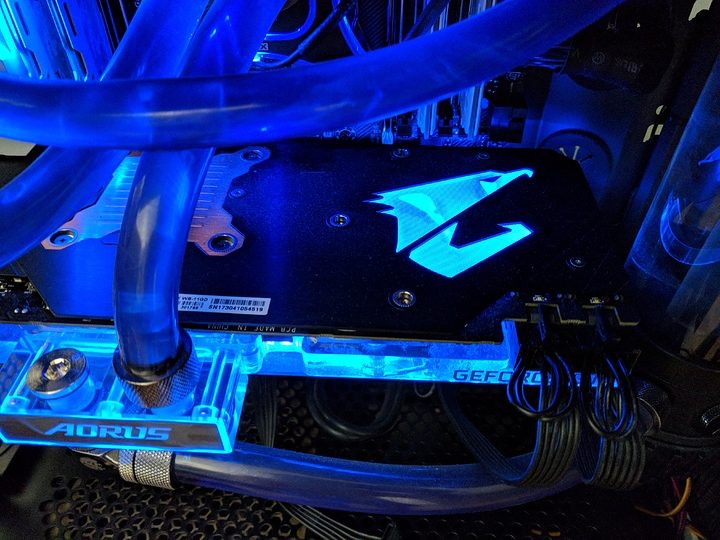 Can you not see the images?

I cen tell there are images, but they dont load correctly for me

OK weird I see them on my end. Refresh the post I added the images as attachments now

Is that water or just discoloration?

See thats what im not sure about. It looks like it could be some kind of thermal grease or glue that heated up and spread out?

is there anything above that where water could even leak to that spot?
It seems like it would be hard for the water to have landed there dripping off something. It had to come from above due to gravity if it is water

yeah all of the fittings above the card that could leak would be all to the left towards the video inputs. nothing directly above that logo

I would assume discoloration of some type, while its off you could press on that logo and see if it moves like water

Yea I tried poking at it and it didn’t move. I’m going to just buy a cheap card off craigslist that I can use while i RMA this I think

Its probably just a sticker delaminating or something

Are you ok with removing the backplate? should be pretty easy

Yeah I’ve taken blocks apart before but I didn’t want to void the warranty on it since this is a factory block. And if it is a sticker theres nothing i can do to fix that albeit only aesthetic its still a 900 dollar card and I would still rma it lol

Pretty sure they cant void warrenty for taking stuff apart, but its up to you

thats only correct if you live in US;

in other countries they can.

thats only correct if you live in US

Also germany (I think all of EU actually).

Also pretty sure that disassembly of a waterblock falls under maintenance (because that’s just necessary with a waterloop, and manufacturers know that), especially for a 4 year warranty. Check the warranty card in the package, there should be something about that.