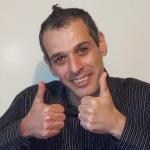 Pictures are included in the link above. Jade is made for jaded desktop users that just want a simple, plain, done right the first time desktop environment for Linux. It’s currently available for Manjaro out of the box (haven’t confirmed) and available in most major distributions.

It’s written in Python, JavaScript, CSS, and HTML. The author wanted something serverless that he could explore and tailor to his needs. His portfolio (and Jade info page) is here.

I thought it was interesting, but I’m curious to know if anyone else has tried it.

It’s interesting, but what does the creator mean by serverless? Does the DE operate without Xorg or wayland? How?

Did you use it? How’s the latency?

Did you use it? How’s the latency?

I did not, the author admits that performance is much better on hardware than VM, though.

It’s interesting, but what does the creator mean by serverless?

No X11/Wayland, I think it just uses Webkit.

I think it just uses Webkit

Like running in a browser? I’m yet to stupid for this. Need to research

I forgot what OS it was, but it was made by a French company that based it on Ubuntu and they had their own very basic HTML desktop. It looked like your typical mobile os layout ie icons spread across the screen and that was the only thing you could have. It was a very great os. The GUI was very fast.

They then killed that OS and made a new one with the exact concept but they hosted it on their servers.

I’m gonna give it a spin on real hardware because it looks interesting.

Conceptually I like the idea of a desktop environement using web tech.

CSS has far broader support than every other UI toolkit combined. HTML is fairly parsable, and easy to read for human eyeballs, too. JavaScript is pretty nice when it’s used for command-line clients. I disable JavaScript by default, but that’s more because of the model of the modern web, not JS itself.

In practice, it never seems to work. Google tried with ChromeOS. Mozilla tried with FirefoxOS. There have been dozens of others. They’ve all folded, or eventually supplimented the web-based focus with the ability to run native apps.

The general consensus is that web tech is just terrible for everything except making pretty interfaces.

Give us a trip report!