Anyone have any experience with System 76 laptops?

i'm thinking of dropping some cash on a Linux machine i can actually game on. i was looking at the Oryx Pro which run me about $1,700 after i've customised it, and i'd like to see if anyone has any experience with the company. i'm likely not going to be running Ubuntu on it unless for some reason Wine and that doesn't work on Korora.

I do! But I am the Community Manager at System76, so it makes sense that I would! The Oryx Pro is super bad ass, half of our team uses one everyday and they all love it. Wine should run just fine. I have not tested Korora on one, but we have plenty of users running other distros. I'm not sure if our "System76-Driver" is available on Korora/Fedora, but it's primary purpose is to hold tweaks until they are accepted upstream.

Point is, once again very biased, we are the best hardware vendor at supporting desktop Linux and your money will go towards our engineering team enabling more great hardware support in Linux.

To me it looks like System76 laptops are just rebranded Clevo/Sager units, and Clevo/Sager are rather well respected laptop brands.

They are like Aldi. They do lots of private label deals. Clevo/Sager have good reputations. Bite the bullet!

i hope you don't mind if i'm not immediately sold on that assessment. i'm really not trying to be disrespectful at all, but you know. i'm sure Alienware employees have lots of nice things to say about Alienware, and they could all be sincere, but that won't lead me to buy a PC that looks like a Borg booger.

Would it be possible to send @wendell and team review units? Would be good to have more quality video reviews online.

I've got a Gazelle Pro, from something like 4 years ago. It's still going strong, and not showing signs of aging, other than the System76 logo peeled off of it. Using only the Intel HD graphics, it's actually surprisingly capable for running games.

I haven't worked with customer service a whole lot. It's a mix of the fact that Linux generally Just Works(tm), and I also don't run Ubuntu. But one time I did have a problem, and they were at least willing to talk to me and point me at a couple of paths I could go down, which was more than I was expecting, so that was nice. Can't expect them to support all things Linux.

For my laptops, I'm sold on System76. I sold a couple of friends on them, and they're quite happy as well. Should I need to buy a desktop at some point, System76 is where I'm going. Now if only we could get some changes to that server lineup. :)

@ryanleesipes What can you say about the ruggedness of the top tier models of laptops you guys have?

I have the 2016 model of the Lemur, I outfitted it with extra ram and an M.2 SSD, runs like butter. The only issue I have with it (and it may just be with the lemurs because they are mostly plastic), is that wear n' tear has taken its toll on the machine. The track pad has worn away to what was once gray, is now a big black sploch. I know that they have updated models since then, so it may not be an issue with the new ones. And I used the laptop heavily during school, so for casual users it may not have even been an issue. 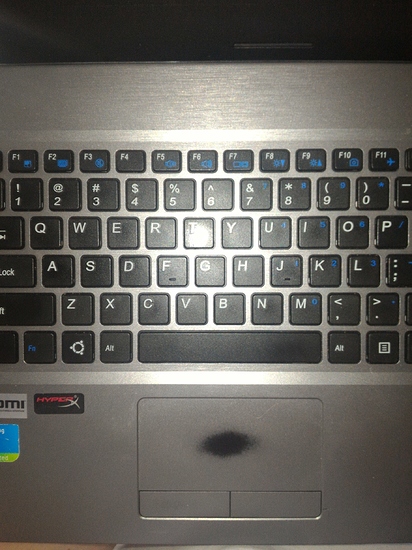 sort of necro'ing my own thread here, but i have the same question as above for @ryanleesipes

after reading around, the most common complaint about s76 seems to be the build quality. what can you tell me about the Clevo model used for the Oryx?