Any idea on a price for CAD fork/add on to blender?

I have a 100/10 idea that would make blender useful to the average person, and also create the only CAD program that would ever matter. I call it pipedream CAD , since every other CAD program I’ve looked at is lacking in functionality.

Basically it would be a UI overhaul to blender with added features. It would start with a grid and you could manipulate objects just like with TinkerCAD, but could also draw/create by exact points/vertices, where it would generate lines(or 2D shapes/planes I guess?) between them, and then polygons(with your set limit between points/solid objects when finished, or whenever you wanted.

I know a bit of lua but have no idea where I would get started, so anyone here have any idea how much something like that would cost to make?

The basic run down:
Create Point A at (0,0,0)
Create Cube(6 sided polygon) FROM point A in X direction from point A (Auto generate points on each vertex of the Polygon)
Create point 50% between points A1/A4. A2/A3
Create HOLE Cylinder Object around New Point
To turn this into a dome with an easily adjustable roof, I could then
Clone Points A3/B3/A4/B4
Create half circle between New Points with Angle 45* (between A3/B4, A4,B3) 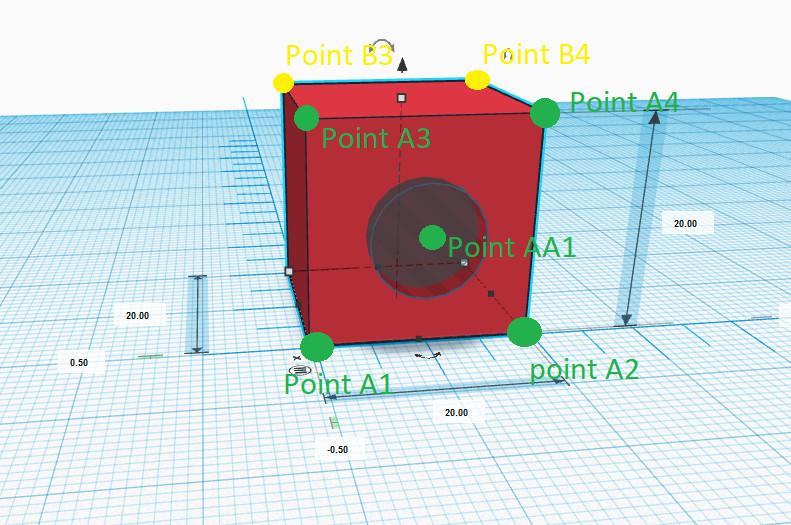 There’s nothing really preventing you from doing accurate drawings in blender today like you described, but most cad these is parametric.

I don’t think blender has the same nice UI as TinkerCAD, or ease of use

Theres a project for this, from what google tells me.

If you have some time, check out 3D Orchard ( https://3DOrchard.com ). It’s kind of like a mix between the two–and typical sketch-based CAD.

3 of us built 3D Orchard to distribute free access to CAD, to enable people around the world to collaboratively build products together. So it has full browser-based CAD built into the platform. The CAD UI is slightly different than typical CAD, because the tools pop-up based on what you click. Would love to hear your feedback! You can use the button in the bottom-right corner to give us feedback.

I tried learning Blender several times. And no matter how many people tell me “it is so easy”, there is no good 101 tutorial on it anywhere.

It’s the one I used to learn. Went from knowing absolutely nothing about 3d to being decent.

Theres also this one

Now I am good enough with C4D to the point I could learn Blender as a “nice to have”.

It appears that the project has been frozen for a while going by a comment I got, and it’s not really fixing the UI or usability of blender it seems.