(topic withdrawn by author, will be automatically deleted in 36 hours unless flagged)

I have a case on the way, a Fractal Node 804 and the rest I’m waiting on for experimentation and advice from y’all intelligent people.
I have read a lot, probably not enough, here about NAS builds and ZFS.
What I’m thinking is that I will use the 2-2tb drives and 4-1tb drives I have now on an old motherboard I have now to do some testing for what works for me.
I’m thinking of using the 2-2tb drives as 1 vdev and the 4-1tb drives as 2 vdevs mirrored. I know this wastes a lot of space but file integrity is paramount for me. Lost/damaged photos are gone forever.

I would like to eventually purchase a new mobo/cpu and ECC RAM to use in the 804 and my idea is to shuck 4-8tb external drives intp 2 mirrored vdevs.
I’m looking at the ryzen 1200af (4c/4t) and some mobo (mATX only) capable of adding a gpu and HBA card. I have only ripped DVD ISOs before (as a backup in case my disk is damaged). I plan to use ECC ram and I have a 750ti tha I can add in if its needed for the videos. I’m really a noob about streaming video from a NAS to a device.

I think that’s all I have for now. It’s Saturday night and I’ve had a mixed drink or 4. I think it makes sense. Cheers from an essential employee who’s enjoying a night off!! 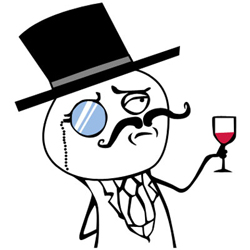 For pure storage on ZFS I still think FreeNAS (or TrueNAS Core now) is the easiest way to go and works just fine.

You would need to use a device that can connect and access smb, afp or nfs. Otherwise if you want to stream video to a phone or smartTV, you might have to jump for plex or something UPNP/DLNA. It’s been a while since I goofed around with that but because I did … I’m not doing that anymore. Plex has gone corporate and UPNP/DLNA only really worked on my PS3 back then. So I’d advise to just go with a standard network protocol and throw a raspberry pi behind the TV or something.

Yep,
I was looking to FreeNAS. I just have been reading on setup and components. I’m always looking for recommendations. It will be sitting beside by desk and not in a rack so a used server is not ideal.

I have a legitimate recommendation. Save up a little or delay your build just a bit in order to buy bigger drives. I have been building NASes for about 10 years now and I’ve noticed one thing, when you think you’ve made a system that’ll hold everything you want to store, you quickly run out of room. My rule of thumb is to build a system that has at least (mark these words “at least”) twice the capacity of what you think you’ll want and only then you can plan for future upgrades as your capacity dwindles.

I’m thinking of using the 2-2tb drives as 1 vdev and the 4-1tb drives as 2 vdevs mirrored.

A better option would be to put all 6 drives into a single RAIDZ2 vdev. This will give you 4TiB of two disk redundancy, the same as you would have had before but less complicated and easier to manage. If you do get bigger drives you can retire out the 1TiB disks.

Yes, Whizdumb, I’m planning to build out with much larger drives than I need in the future. I’m just going to run with the old drives I have now to learn more about freenas and how I want to have it configured before I add in larger drives and move all my data over.
Airstripone, I do like the idea of simpler managment. I was think of 2 vdevs in one pool so that I could mirror data on them. I’ve had a lot of pics/video ruined because of shitty HDDs turning it to visible garbage. I’m planning to invest in ECC ram and good drives to do so. I’m trying for the best levels of protection I can afford.

Hey, @wendell! Any chance you can do a video on building a NAS on a more reasonable budget for those of us not youtubers with corporate budgets. I think that could get a lot of views. Keep up the great video content!
If its just to serve video or other files across a home network what kind of cpu horsepower do you need? (per concurrent user) If its just me could I get away with a ryzen 3 3100, or go even lower and get an athlon?
Thanks all for the quick and smart responses!

I was think of 2 vdevs in one pool so that I could mirror data on them.

So your plan is to:

If you use RAIDZ2, you can span the data across 6 Drives, get 4TiB usable data but you can lose up to two drives without losing any data.

If you want to go down the “mirrored vdev’s model” you really want 6 identical drives, with a 3 way mirror of striped pairs. With your disks you will actually have less resilience as your vdevs are unbalanced, with the 4*TiB drives at greater exposure due to the four way stripe.

I was think of 2 vdevs in one pool so that I could mirror data on them.

This is a plan for down the road when I’ve settled on settings and configuration. Something along the lines of 4-8tb drives, two mirrored in each vdev. This isn’t something I’m dead set on thats just an my initial thoughts.
I’ve been debating with myself, as you mentioned, on using a larger raidz2 pool as well but if I did I would want to mirror it with another identical pool and that would require more drives and space than I have.

I’m no zfs expert, but I don’t think it works that way.

I thought zfs strips across all vdevs no matter what.
The mirrored striped method in zfs would look like:

Rereading OPs original post I see he/she describes 3 vdevs so the model you describe is what @JediAcolyte was aiming for.

Still only gives one disk redundancy though. If you lose both sides of a mirror pair you lose the whole pool. Depends on OPs risk appetite.

Still only gives one disk redundancy though.

Yes, but it is offset a little by the less stress and time to resilver.
Resilvering one disk in a mirrored pair just subjects the one remaining drive in the vdev to sequential reads.

With raidz resilvering, all remaining disks in the vdev are put under random IO while it rebuilds the data. Much more scary with raidz1 than it is with raidz2.

The big advantage with mirrored vdevs is the easy upgrade & replacement. to upgrade a 6 disk raidz2 array you need to replace all 6 disks, resilvering each time or rebuild the entire pool from a backup. With 6 disks in 3 mirrored pairs you only need to replace 2 drives to gain capacity.