Anime with a Time Travel Theme

I enjoyed watching Steins;Gate and I was hoping there would be similiar anime out there. 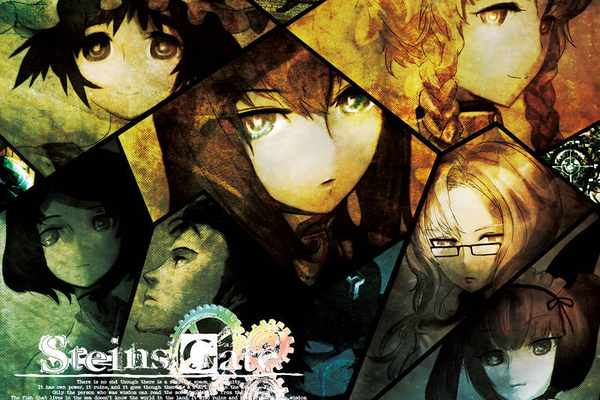 never seen it but the second season of birdy the mighty decode has a bit of a time travel theme to it, which is a series I reccomend

This one was pretty good:
http://www.youtube.com/watch?v=Xk9SAmD00Iw

There are a few more but I can not remember now. Most of my favorite movies are Anime.

Hmmm I think I have that OVA somewhere, gotta watch it soon. Steins Gate was one of the better animes I've seen :D

agreed, it's getting harder and harder to find quality anime that I can just enjoy. My favorite thing to do is find anime's rarely mentioned that are like gems but its so hard to do now.

Tsubasa Chronicle is about jumping through time and space, but the Anime adaptation isn't very good. The manga is much better. It's not really time travel, it's more dimension jumping.

yeah, a lot of the anime that I come across now are too bubbly and have stories built on fanservice.

steins gate was SOOO awesome! anyone who hasnt seen it, go check it out!

I'm really picky about my anime.  I don't like 90% of it.  But I do love that 10% that is original, well-written and well-animated.  Stein's Gate fits in that rare group that isn't in my top 10% but isn't the 90% junk either.  Some of it is a bit too old-Japanese-man-perv-sauce for me (the whole boygirl thing and the girl with the body of an adult but the mind of six year-old) but the main story is very well done and I could look past it's flaws long enough to make it worth watching.

Puella Magi Madoka Magica indulges in time travel later in the series. It's not exactly a core theme but a plot element. Makes the story very interesting. In its own rite, the show is focused elsewhere, but it is certainly a series worth checking out.

Sorry if this was referenced in one of the previous posts, but youtube videos don't load where I am right now.

I enjoyed watching the movie "The girl who leapt through time". It's nothing flashy, guess it's more of a "coming of age" thing. But there is time travel!

Beyond the Clouds: the promised place. Although not full on time travel, its still pretty awesome.

Hi. I would suggest Zippang, but its not a mainstream one. Its something a bit phillosophicall with 2nd WW theme.

RIN ~Daughters of Mnemosyne is kind of like time travel... i mean they live for eternety so the show starts in the 80's and ends somewhere in the 2060's.

I can't wait to get Steins;Gate this Tuesday. It looks really good and I am sure I will enjoy it.

Hmm.. Eureka7:AO, time travel was introduced later in the show but it explains everything about the story and setting.. really only interesting if  you watched the original.
Not really time travel themed but if you like shounen, mecha/scifi and light doses of ntr you should check it out

..also Suzumia Haruhi, there is all sorts of time travel going on in there but endless 8 ark was kinda painful in the second series.. watch the first series anyway if you havent, essential watch if you like steins;gate