they’re insisting on sending a replacement…

this shirt is literally falling apart i just tugged it till the center came out. 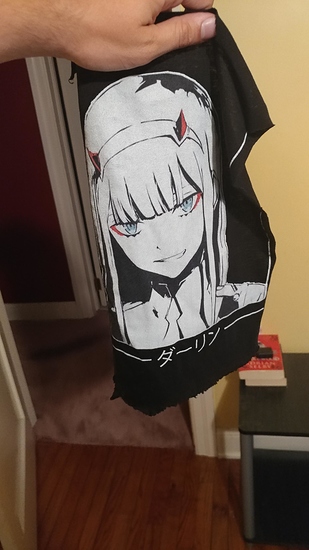 still no refund, issued a charge back.

Damn, seriously why would you want another poor quality shirt?

dude right? when i was trying to grab the link to put in the appeal they had removed it from the site so CLEARLY I was right it was trash.

Got a xbox game pass to play Forza. Obviously I had to weebify a Ferrari. 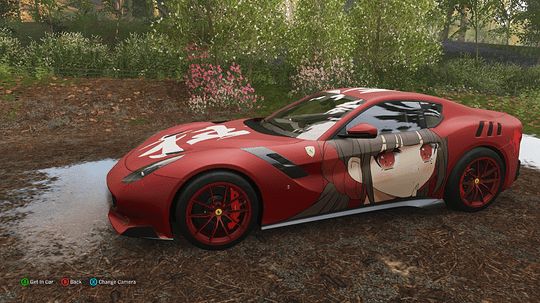 First and foremost it is important to remember that the source of the Fate series is a visual novel, with many spin offs and mobile games, so you can dismiss any thoughts of continuity or making very much sense at all.

The basic concept of the series is that mages summon heroic spirits from the past to battle in the Holy Grail War to have their wish granted. This leads the series to all sorts of fuckery and general bastardization of history but can be very entertaining.

Fate/Stay Night is the meat and potatoes of the series and true to its visual novels roots it is broken up into three Routes with a different focus of characters for each one.

Fate/Stay Night: Unlimited Blade Works - The Rin route, AKA Unlimited Budget Works due to studio UFO Table’s 2015 adaptation. There is also a 2010 movie animated by Studio Dean but i’ve yet to see it.

Fate/Stay Night: Heaven’s Feel - the Sakura route aka the CGI route, a trilogy of movies covering the route. To date 2 of the three have been released in theaters.

Fate/Zero - The Holy Grail War that preceded the events of Fate/Stay Night. Easily one of the best installments of the series because it has no ties to the games or branching paths in the story leaving a wonderful coherent story. While not required it is highly recommended.

Fate/Extra Last Encore - UmU, best seen as completely unrelated to Stay Night, while containing many characters from it placing it on the timeline is nigh impossible. This series is wonderfully animated by studio Shaft, the worlds range from beautiful to nightmarish to surreal, with this Saber cementing herself as the ultimate Best Girl.

Fate/Kaleid Liner Prisma☆Illya - An Alternate timeline focusing on Fate/Stay Night’s pale loli mage Illyasviel von Einzbern teeters between wholesomeness and downright smut. Don’t judge the series just yet because once you’ve seen Stay Night or Unlimited Blade Works if you feel anything for this loli the three season of Prisma Illya are a must watch.

Lord El-Melloi II Sei no Jikenbo: Rail Zeppelin Grace Note - Our boy Waver of the Fate/Zero series returns all grown up as sort of a magical Sherlock Holmes with a mysterious familiar faced girl wielding a scythe as his Watson. There is far more use of magic in this series than the others while there are lots of convoluted explanations for it it retains it’s magical nature by not using explanations that are not based on the audience’s understanding but on that of the characters.

Those I Wish I Could Forget

Fate/Apocrypha - Boring and trite A-1 pictures strikes again with this lack luster installment of the Fate series. A clear example of not understanding what made something beloved in first place this series forgoes meaningful character development for MOAR HEROIC SPIRITS, doubling the number from 12 to 24 battling for the Holy Grail. Now I usually enjoy the bastardization of historical figures in the Fate series but one in particular is just plane retarded so minor spoiler even though i said there wouldn’t be any but it doesn’t really matter as you shouldn’t watch this show anyway.

what is supposed to be an emotional high/low? the heroic spirit of Frankenstein’s monster laments that she is Hideous and was abandoned because of this, now in what universe or autistic mind would consider this hideous? 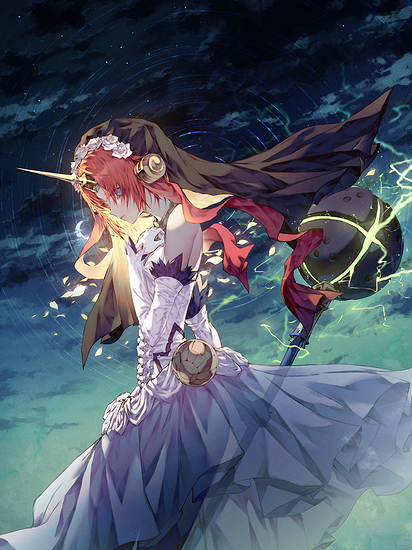 Fate/ Grand Order - with two OVAs out, mostly setup and and backstory the main series is will be upon us soon but i don’t expect much except top tier waifus because this is based on a mobile gatcha game, thats right if being based on a visual novel wasn’t bad enough not this anime is based on a game designed to suck money from its users, what could go wrong? I have hopes that I’ll get to see the Goddess Ereshkigal (yeah i copied and pasted that) AKA Blonde Rin Tohsaka animated in all her glory.

@TeckMonster, @ThatBootsGuy you two said you were interested in the Fate series, I’m sure after reading this you are more confused than ever and that just puts you in the same boat as the rest of us. My best advice is to not really care about the technical details of the series.

this is pretty similar to my own shit post on the franchise just higher production values. 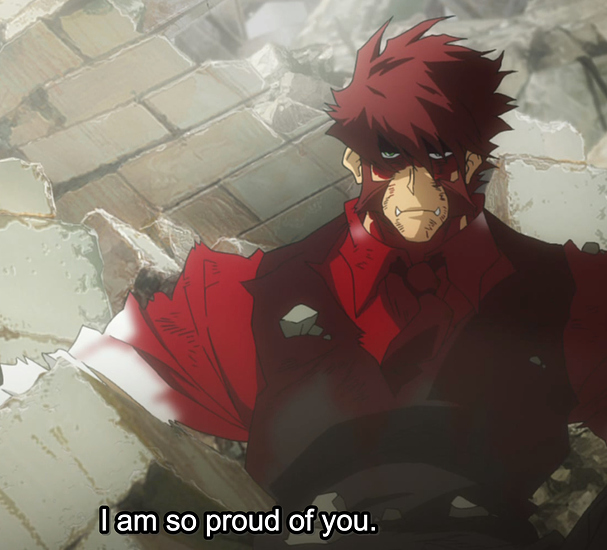 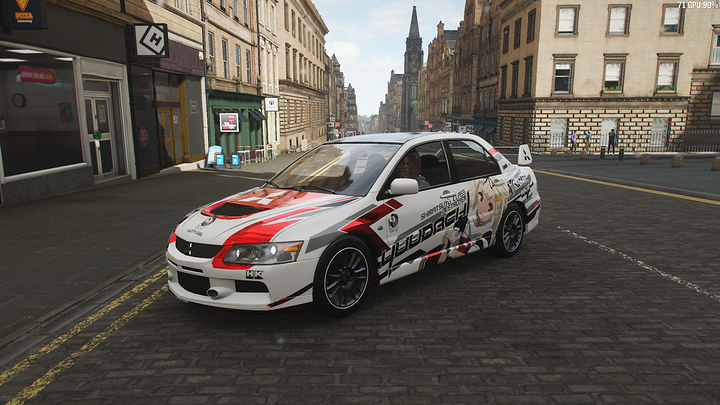 Feel free to send me a FR as well. We can be the Waifu Riders. 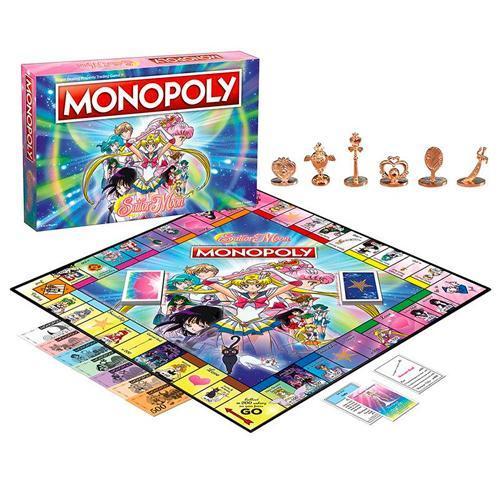 The series that brought anime to American mainstream meets MONOPOLY! Be the fighter to depend on and choose from six rosé-finished tokens, including a Moon Chalice, Deep Aqua Mirror, or Cosmic Heart Compact, to encounter the characters you know and...

Not surprising, Sailor Moon is a worldwide phenomenon. I don’t think even FMA reached that height.

Paypal told me to kick rocks escalated it to my bank and am closing my paypal account.

Listening to something on Bandcamp and it reminded me of the original Fruits Basket opening. 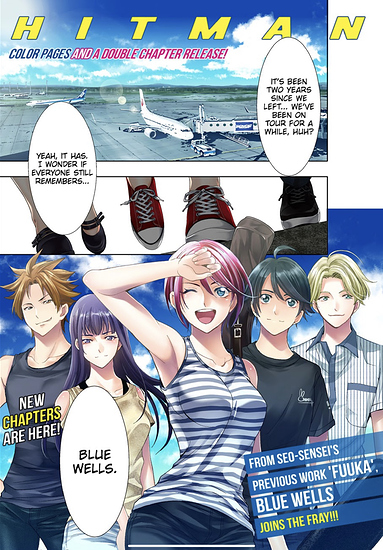 If you decide to watch: Lord El-Melloi II’s Case Files {Rail Zeppelin} Grace note - DO NOT READ ANY EPISODE DESCRIPTION EVER BECAUSE IT SPOILS THE WHOLE EPISODE.