I was looking to upgrade my GPU in my moderate gaming build. I already have a 5450 1 GB card and I was wondering if I could add a 7870 to the build a have them both in SLI.

you mean crossfire. and no. only cards of the same generation and same type (first two numbers) can crossfire.

Yes and you wouldn't want to crossfire a video card thats about as powerfull as a notebook anyway.

Both Cooperman and Z are horribly mis informed. Just to re-inforce Egnappahz point here is the offical (from AMD) chart of what can be crossfired.

Other than that it follows the chart. Plus does a 5450 even have a crossfire connector?

Most probs done though the PCI-e lanes as there is enough bandwidth spare due to the low GPU utilization of the lane itself. Much like how the First and Second generations of Crossfire used to do it 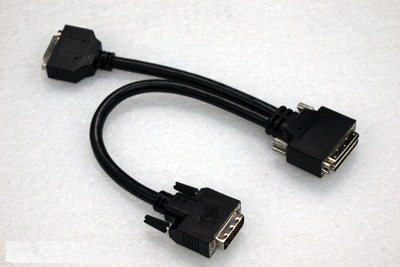 There is allso softwhere crossfire

No. You can not crossfire a 5 series card with a 7 series card. It will not work, never worked, Never will work.

Damn, even a score barely below 300 is making me water. Mine barely even scores 93.

Like I said, " if I remember correctly". Doesn't mean I'm right, just saying that is what I remember. And for a small tid bit of info that I last read probably 2-3 years ago, I'd say I was close enough.

Read more carefully. He didn't say you can. In fact, he even said that you can't. What he is saying is that you can Xfire two older cards( with the same gen., etc.) that don't have the normal/modern Xfire bridge.

There is allso softwhere crossfire

Taking you did not read the spoiler are then.....

LOL, to be fair, it is kind of hard to see the spoiler here. Usually you just click the black bar and it shows, but here you have to highlight it.

I was agreeing with him.

these numbering schemes are weird sometimes