ITT: AMD fanbois argue about a cpu they don’t have running on a board that doesn’t really support it.

Msi has a terrible bios right now. Many people are reporting overheating and high voltage.

So some 11! posts back a decision was made to go with intel and a question asked. Let’s get back to focus here.

I don’t know enough about AIOs or any current mother boards to answer them so going to highlight the question since it was completely forgotten.

If possible would you mind telling me if this liquid cooler is good for the i9?

I was thinking about the Gigabyte Z390 Aorus Pro, since I don’t really plan to OC or do many complex things in the BIOS. Is this a good MoBo? Other options I was looking were:

There is plenty to argue about here so let’s be constructive.

The bottom line is there’s only a handful of them that aren’t basically the same performance as a noctua tower air cooler. Gamers Nexus has done extensive testing here. Kracken x62 is legit.

I wouldn’t consider longevity to be a real big problem. I still have an h100i (not v2, the og) running in a Skylake system and it works great to this day.

I would avoid Corsair aios because they just aren’t that great for the money… I know because I have 3 of them.

For the motherboard. Intel is pretty mature so go with the board that has the featureset you want really. You shouldn’t have to update bios ever really.

So some 11! posts back a decision was made to go with intel and a question asked.

If possible would you mind telling me if this liquid cooler is good for the i9?

I’ve read in some places that the i9 tends to hit high temperatures.

I also would go with a tower fan like the one I picked out above; noise will be lower than the AIO, temps won’t be different enough to matter (5 deg difference or so) and you probably don’t really need to squeeze every little last percent out of your poor system, the slack is there for a reason (stability). Water cooling is addictive and can get expensive fast… Even without leaks!

@MisteryAngel; I’ll happily discuss that in a new thread, would the mods be kind enough to split this one?

If we are to continue this discussion let’s move to a new thread.

Agree i made a split, since i’m a mod haha

Sorry @lazzari89 for the offtopic vrm talk in your topic.
I take the blame for that.

Regarding this, I was thinking about the Gigabyte Z390 Aorus Pro, since I don’t really plan to OC or do many complex things in the BIOS. Is this a good MoBo? Other options I was looking were:

Between this three, which one do you guys recommend?

Out of those boards i would go for the Gigabyte Z390 Aorus Pro or Ultra.
Those 2 boards at their price points, have pretty much the best vrm out there.
So based on that i would go with either one of those 2 depending on features you need.
The vrm implementations are the same between those 2 boards.
Only the Ultra board has a 6 layer pcb and there for will be a bit better on memory OC.

But other then that both boards have a 12+1 phase implementation with 50A Vishay Sic634 Drmos powerstages.
Vrm wise there isnt really any competition from other brands based at this price point.
And for a 9900K it should be more then decent enough.

There also is a Gigabyte Z390 Aorus Master, which is a little bit more expensive over the Ultra.
Vrm wise they are very similar, only that the Master is using an all IR vrm implementation,
12+2 phases with 50A IR3553 powerstages.
And those other two the pro and ultra use an ISL implementation with 50A Vishay’s.
But this generally doesn’t matter all that much, the master will run slightly cooler and more efficient.
But i would say its negligible.

So yeah likely not really worth it going for the Aorus Master over the Ultra.

Those are the two boards that i would look at.
I would likely opt for the Ultra if you can.
But if not then the pro wouldnt be a bad choice either.
The Pro only has a 4 layer pcb.
I would say compair those boards in terms of features and price.
And pick the one you like.

Note, this is tested to work. Not some hypothetical scenario, but an actual, real world test.

Well i’m not going to drag this into any discussion further.
However i just stand with my statement that non of the B450 boards,
are capable of handling a 3900X properly.
Because their vrm implementations all suck, i base that on my own vrm expertise’s.
There is of course a reason why those boards are cheap.

It would of course work, but how long it will last…
i mean running the mosfets close to their thermal trashold lfor longer periods of time… idk
A couple of once done tests don’t really tell me that much.

But a motherboard is still one of the most important parts of a system.
And i would generally not advice to cheap out on it too much, especially not with a highend cpu.

But aside from all this.

My recommendation still goes to Intel 9900K setup.
Because i think that intel currently is still more stable or lets say less quirky.
Although AMD would generally not a bad choice either doe.
It still saves you a bit of cash in regards to the cpu.

Without dragging this off topic again, the point I was trying to make is that this statement

reads like X570 would be the only option for 3rd gen Ryzen.
And that is wrong.

Thank you guys for all the input!

No worries bro, I read all the posts and learned some new stuff to take in account for my next PC which is going to be made for gaming =)

This one is in stock right now and I’ve got some good results using Noctua coolers on different workstations.

Sorry @lazzari89 for the offtopic vrm talk in your topic.
I take the blame for that.

All good my friend, learned a lot about VRMs after reading your posts!

So yeah likely not really worth it going for the Aorus Master over the Ultra.

There’s a price different of 100€ between the Pro and the Ultra, do you think I should spend the extra 100€? As I stated before, I’m not planing to OC (At least not right now) since this PC is for a studio and nothing more.

Again, thanks everyone for their input on this topic!

Hmmz that price difference was more then i was actually expecting.
But the Pro will be more then fine.

It’s a toasty one but a good air cooler will beat a mediocre watercooler, it has been discussed a lot around here and on yt.

I’d go with the Intel one considering all the input I saw here… btw I’m also prone to build an Intel coding machine soon enough given the stability stuff… this post was nice, thank you all <3

This one is in stock right now and I’ve got some good results using Noctua coolers on different workstations.

Like others have said; not required, but you do need a beefy cooler.

I’ve seen some reports of that cooler underperforming for the 9900k, either add a second fan or take it up a notch. Any of these coolers should be fine, but don’t take my absolute word for it: https://www.easypcmod.com/11-best-air-cpu-coolers-for-i9-9900k-in-2019-2689

The more surface area a cooler has, the slower the fans can spin to get rid of the excess energy. (Not universally true but we are comparing noctua vs noctua here, so that checks out.)

I have that cooler on a 1700X, works great.
As you want quiet, maybe go for one number bigger? NH-U14S

AIOs and watercooling generally introduce higher frequency noise due to the pump RPM. That can be mitigated to an extent, but a slow spinning fan will remain at an advantage.

dpc latency: still an issue with certain am4 boards. 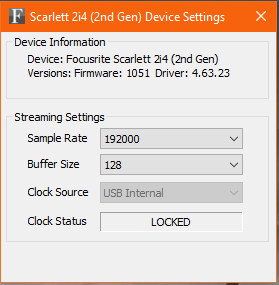 Is there any difference between the D15 and the D15S I’ve been reading the specs where I buy computer parts but see no diference here. There’s a 20€ that’s why I’m asking.

I have that same interface for my “mobile” recording rig, have you tried some demaning VSTs with Ryzen? Like Kontakt, drum VSTs, guitar amp VSTs and such? Sorry to make many questions, just wanted to know if Ryzen has problems with latency in a recording scenario.

Thanks to everyone for their input!

Yes, the d15s has more clearance around it and only one fan. The d15 is beefy. I havent been paying attention enough to know what case you’re going with and what board you’ve chosen but youll want to check the measurements for clearance issues. I can help with that later if you need.