Hello Logan, the rest of the Tek Syndicate team and anybody else reading this. I'm wondering what are everyone's opinion on Amazon's drone delivery project. I think it's a great idea using drones for commercial and other purposes rather then military. And with this you could get packages in hours instead of days.

I'm super excited because they plan on testing it in Seattle. I think its great because I will buy so much stuff from there now even if its a small premium.

In slang, it will be mo betta than waiting 3-4 days.

Well i know where im moving for hunting season now

I don't see any reason the local pizza place and liquor store can't do this faster...

As with other aircraft these will be regulated by the FAA and causing harm to them will probably be a federal offense. 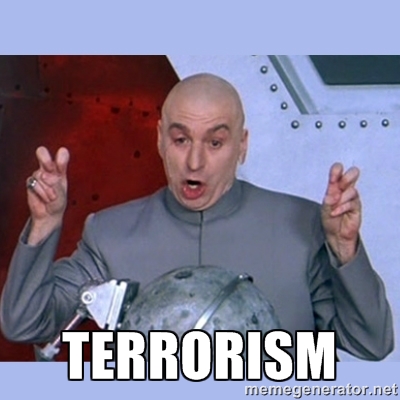 Yeah, the faa lost this war in the 60's. You can fly anything (ultrlights) under ~600 feet, and RC planes and choppers up to it... There is a privacy battle coming fast to see if we can hover a camera next to the neighbor girls bedroom...

News Story,"Sobering news just came in. An Amazon Drone containing the new ipad air was just bombed. There is an on going investigation to find the terrorists who orchestrated it."

this only applies to non commercial flights though. some folks using drones for real estate photography have been harassed.

Actually I think Dominoes did something like that they called it the "DomiCopter" I believe.

the drone announcements are mainly to draw attention away from the new bezos book: http://abcnews.go.com/Technology/jeff-bezos-wife-mackenzie-pans-book-star-diss/story?id=20786124 (lol)

ps. id be curious what tech they implement to not accidentally scalp a curious dog or whatever.

I would qualify real estate photography as commercial. Nobody is complaining about the guy with a powered parachute and a camera or a hang glider, they're afraid of small unseen surveillance and of course, afraid of the new/unknown.

However, my bottle of beam is much more important than my neighbors dog. He's a dick and the damn dog wakes me up. More pizza!!!!!!!!!!!!!

lol I'm wondering how there gonna find a solution to weather and making sure packages aren't falling on people.

Time to practice my shooting.

a drone delivering packages?  pray no body hacks that system lol. also a limited weight and range, depending if fuel or battery powered. might as well give amazon some predator drones that launches your items at missile velocity

I think this is a fictitious dream and publicity stunt. I want them to show the entire journey of this drone instead of the one minute and seemingly heavily edited version that they came out with. The FAA won't back down so easily, not to mention wind, dogs, birds, large insects, privacy concerns, nosy neighbors, kleptomaniac bystanders and a host of other problems. There are just as much moral problems with this idea as there are legal and technical issues. I wouldn't want one of these bastards snooping around my house to deliver Mrs Wilson's gardening tools. It is a cool idea, though. I just don't think it's going to happen in our lifetime.

Damn. Now my carrier service will go out of business!

This is going to be a premium service for people who happen to live near Amazon warehouses and distribution centers.  I'll stick to super saver shipping, thanks, I'm a man of patience.

i gotta be patient i got satellite internet. going to call a near by ISP see if they'll let me drag a cable for them so i get at least 20 mbps