AM4 good decision by AMD

AM2 / AM3 and AM3+ was quite good as a socket design for almost a decade and proved successful as far as future proofing went for many builders, whilst AMD stuck with a socket that could handle multiple cpu's quite effectively, FM2 did not prove quite so successful for the enthusiast market.

Intel in the same space of time had almost 5 or 6 different socket designs within a decade from socket 775, 2011, 1156, 1155 and 1150... thereby encouraging vendors to make new boards for each new cpu design, but also becoming a bit of a pain in the butt to pc builders.

One could argue in intels defense that they released smaller cpu die sizes ranging from 45nm, 32nm, 22nm, then 14nm with their new skylakes. However I am not sure how much the die size itself affects the physical layout of the socket and whilst new technology can boast better implementations of a cpu, AMD managed to bypass this process.

As per Dr Lisa T. Su's announcements at computex where she held a Zen cpu in her hands it seems AMD once again is going to follow through with the crowd pleasing strategy of ensuring all their future cpus will fit the same socket architecture.

This also means a standard of consistency among motherboard vendors whereby they can create an AM4+ chipset that will handle APU and Zen CPU's and can be good for budget buyers who may opt to purchase an APU initially to use their new computers and then eventually save up for a Zen with a dedicated gpu solution.

Intel in the same space of time had almost 5 or 6 different socket designs within a decade from socket 775, 2011, 1156, 1155 and 1150... thereby encouraging vendors to make new boards for each new cpu design, but also becoming a bit of a pain in the butt to pc builders.

One could argue in intels defense that they released smaller cpu die sizes ranging from 65nm in mid 2000s to 45nm, then 28nm and now 16nm with their new skylakes. However I am not sure how much the die size itself affects the physical layout of the socket and whilst new technology can boast better implementations of a cpu, AMD managed to bypass this process.

Arguably, Intel did actually make revisions to the chipset and where components where located that forced them to continually change sockets. Lga 1156 had the north bridge on the motherboard, and Lga 1155 integrated the north bridge onto the cpu die, which means that these processors would not be interchangeable. Lga 1155 had the voltage controller on the motherboard, and Lga 1150 moved the Voltage controller onto the cpu, making the processors non-compatible with each others motherboards. Lga 1151 moved the voltage controller off of the cpu as it was a heat problem on Lga 1150 parts, so Lga 1151 parts would obviously not be able to run on Lga 1150 boards as there would be no voltage controller. There has been more of a reason than just a processor manufacturing shrink forcing them to move sockets, especially because they do actually shrink the manufacturing process on each socket iteration for the last couple of generations.

I really hope for an AM3+ version of Zen
In the 90's Intel and other came out with a 486 that fit into the 386 socket DLC and an 386 with L1 cache SLC that gave 386 boards a huge boost in performance. SLC came to be called that Super Little Chip. There was also a 386 that worked on 286 boards. One was on a shuttle mission to upgrade the Hubble Space Telescope's computer.(read that years ago so could be wrong)

I am also hoping my cat will stop peeing in the house.

I really hope for an AM3+ version of Zen

Because AMD is moving the south bridge onto the cpu, and this is a massive micro-architecture overhaul, I would not bet on it.

Even if they did it would not pass muster with the finance committee (wife). A guy can still dream:)
Anything that takes stuff off the board and puts it on the die will hopefully (that word again) bring the board cost down which is a good thing.
When the 9590 came out they were like 800 bucks, hope they don't pull that move again:)

Integrating both north and south bridge on the cpu die is certainly a good development, and alongside tech such as HBM will mean better optimization in processing and more feature rich boards.
The process has been improved and intel deserves credit for that.

I think from a buyer perspective though seeing some level of consistency in sockets assists decision making, for example I would buy a higher spec mobo if I knew the compatibility would give me 3 to 5 years use and potential to upgrade to better cpu on the same board and it does seem with AM4 we will get this ability.

Actually Intel's socket changes have a reason and is not just a "lets screw the customer" sort of thing. The main reason for a change in socket is a change in architecture that requires a different pin layout than previous chips and the changes in pin count ensure to idiot proof the system. AMD had AM3+ for so long because they kept trying to keep alive an architecture that just wasn't all that great. 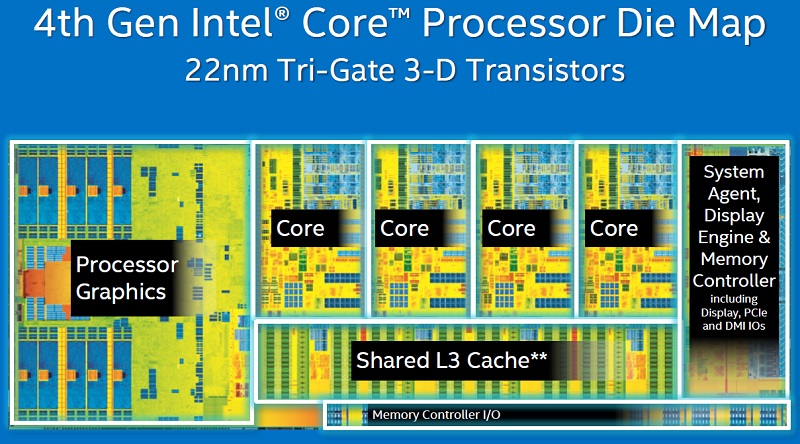 I always liked that AMD never changed the heatsink mounting stuff, so a heatsink that fit on a am2 would still fit on am3+. Intel seemed to change the hole positions randomly for each new socket.

More of a necessity as the am3+ platform keeps falling further and further behind. It is not a good decision ? It is a must in order to keep up with the rest of the tech that has leaped forward in leaps and abounds.

I would buy a higher spec mobo if I knew the compatibility would give me 3 to 5 years use and potential to upgrade to better cpu on the same board and it does seem with AM4 we will get this ability.

I think this is slightly flawed thinking in this context when the comparison is obviously Intel. See with AM3+ we only got 2 real architecture changes, the Zambezi (bulldozer core) family, and the Vishera (Piledriver series). Yes AM3+ has been around for nearly 5 years, but it has not stayed competitive for that long. It is not that the socket has received constant refreshing either, as there have only been 2 generations of CPU on this socket, Zambezi in 2011 and Vishera in 2012. Frankly, if you buy an Lga 1151 board today, you would likely receive more cpu refreshes on this socket than if you were to purchase an AM4 board if AMD stays true and only refreshes the socket twice, let me explain.

Intel has announced that there will be three cpu refreshes on Lga 1151. So, this means that if you buy a Lga 1151 board today with a skylake cpu, you would have 2 potential cpu upgrades in the lifetime of the board. AMD has not said anything about what comes after Zen and AM4, so we don't have any information on what the long-term plan for AM4 is. So, if AMD does the whole 2 upgrades per socket thing as they have prior, you might actually get more cpu iterations per socket this time around, if you go Intel.

I remember being excessively frustrated that the advances made with the Bulldozer family never ventured beyond Vishera/Piledriver with the AM3+ platform. It seemed to me like they at least should have made an attempt to create an 8-core Richland, at the very least.

However, once I started to learn more about motherboards and their components, and how more and more is being placed on the CPU die, I understood why they did not want to set up two production lines for what essentially is the same product. I'm glad, however, that they gave us a taste of Carrizo on the FM2+ platform - just don't bother gaming with it.

Actually my 7850k is my gaming PC. The FM in FM2+ means For Married people.

Oh, yeah, the FM2+ is still pretty good for entry- and mainstream-level gaming. My current rig is the Athlon X4 880K paired with an R9 285, it's perfectly fine for 1080p gaming.

But I gave the Athlon x4 845 a chance, and for certain games it falls on its face. For whatever reason, for some games, it throttles its cores down to as low as 2.5ghz. I actually made two threads about this, one about overclocking, then another that briefly looked over this "bug," conversing with Gigabyte about this, and even trying an ASUS motherboard as an attempt to tinker. Computationally-wise, the Carrizo cores are great, but this weird throttling that happens for no reason, but only for certain games, hold them back.

I remember them good threads....way better then the stuff I came up with.
The reason I went with the 7850k is cause the was a sale with the MB was for free.
No one had reviewed the 68 chipset and I thought I would try out having a pc in the bedroom. It was more a lifestyle choice then a tech choice.

This is related, but not, but the thing I am most looking forward to with the release of Zen is what the motherboard manufacturers put out.