Anyone here using a mobile phone OS other than android/ios that wants to chime in on some suggestions? I’m in the market for a new phone and really dont feel like going back through the old song and dance of debloat, degoogle, etc on newer androids as seems all but Oneplus and Pixel make that a nightmare.

My requirements are pretty basic, needs to make phone calls, have some form of Plex app available (web browser is fine so long as it runs it smoothly), and Signal messenger would be great too but really not needed. My DREAM phone is just a linux computer that makes phone calls but seems like the only options there are still in crowd funding phase… anything similar to the Librem/Cosmo thats currently out?

If you want something that works out of the box, you’re stuck.

PostmarketOS aims to put GNU/Linux on commodity phones, but you need to build your own images at this point. If you’re not a developer, it’s not viable.

And PostmarketOS is one of the better options.

PureOS from Purism could conceptually work, but again, you need to build your own images. There’s no formal support for non-Librem phones at this point.

And that’s the problem - many handset makers ship custom kernels because their device simply don’t work without binary blobs in the firmware - baseband (required to make calls) being the most problematic. Additionally, many of the smaller Asian manufacturers ignore the legal requirement to provide sources for their GPL-derived works.

LineageOS, based on Android, is the best you’ll get until the Librem 5 is released.

there is UBports doing the Ubuntu touch.

I doesn’t have any real apps to speak of, but if you might breathe new life into an existing phone

Never used it at all, but there is also Sailfish OS. Still being developed and has compatibility with Android apps. Though after that I dont now mych about it. 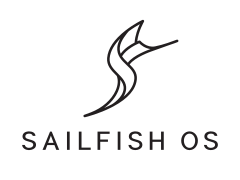 Sailfish OS (also styled as SailfishOS or abbreviated to SFOS) is a general purpose Linux distribution used commonly as a mobile operating system combining the Linux kernel for a particular hardware platform, the open-source Mer core stack of middleware, a proprietary UI contributed by Jolla or an open source UI, and other third-party components. Sailfish is being developed by Jolla, the Sailfish and Mer project communities, corporate members of the Sailfish Alliance and various open community...

Postmarket OS has my interest. I’d like to stay away from using the Android HAL/Java vm entirely so Ubtouch is kinda out but I’ll take another good look at it (thought it was no longer developed) and I played with Sailfish way back, still uses the android HAL and tbh I’d rather have more a linux pocket pc that makes phone calls than a phone with apps. Thanks for the suggestions all! It’s given me several good starting points for my search

if you wanted to try on an older phone, devices listed:

And this is why I keep a nexus 5 around lol looks like Sailfish, postmarket and ubtouch all run on it so I can play with em all

That means you can get a bit more life, whatever you choose.

I mistakenly ditched my ubuntu phone for apple when support died, before realising the ubports lives on.

Works on my Ubuntu tablet too

Just a thought, have you considered a parallel install. I am uncertain, but think that a person would be able to make voip work. Perhaps it might work dual sim to a fi number [google] or perhaps another voip service.

Take note: You can only buy this product if you are not in the US (use a VPN).