Well, as some of you may or may not remember, in the beginning with my 1st post here, I had originally intended for my pc-build to be for Linux as well as gaming. Obviously, since then, I’ve changed my mind & will be sticking with Windows 10 as it’s a much more logical choice at the time.

Here is a link to my build list on pcpartpicker: https://pcpartpicker.com/list/kq9DV6

My pc build will be mainly for 1440p gaming, but nothing really “hardcore” or super demanding. And I have compiled a list of my components for the build. All except for a cooling solution since I can’t seem to decide between a beefy heatsink or just an AIO cpu cooler. The build will definitely have some RGB goodness in there, but at the same time, I don’t want whatever cooling solution I choose to interfere with the good looks of the system. I am willing to pay a little extra for good looks, but not a whole lot. I want to hear your thoughts, opinions, tips, or advice on this sort of thing & what you think I should go with. If any of you might have questions for me or simply need more details, just feel free to ask & I will fill you in on the details!

Thanks to anyone who might be able to help me out with this!

I am a big fan of Air as the temps dont really matter all that much, (ignore my custom loop main rig) and unless you go custom a waste of money air is fine (TR excluded with OC AIO 360+ kind of needed) Playing at 1440p the oc will mean even less so even if you could get like 100mz more going AIO its not going to net you enough frames to make it worth it imo

I think I see your point, pal. But I should have mentioned earlier that I won’t be overclocking my CPU or GPU. If I’m going to have any components overclocked, it will most likely be my ram & my monitor. As far as deciding on the cooling solution, I could go either air or AIO. (But to be honest, I’ve never really had an AIO cpu cooler. With that being said, if I go liquid, I won’t go with a custom solution because those are pricey!) Either way, I want my build to look great without spoiling the RGB theme.

RGB fans on the Tower cooler?

If you’re going AIO just because it looks cool, and squeezing out max performance isn’t the biggest priority for you, you could go with something like ID Cooling’s Zoomflow, which tends to be on the cheaper side, and is AURA compatible via the 5v/3-pin header.

Also, just an FYI, but you won’t be able to control the AURA sync via Linux, and the BIOS options, as far as I’m aware, are simply on or off. So you’d need to boot Windows to set your preferences at least once.

Hm, only a few bucks higher than the heatsink I originally chose in the beginning & it has RGB! I might have to look up reviews for this, but I might just consider this. Do you know if it’s compatible with Corsair’s iCue software or whatever it’s called for the RGB? Also, since I’m a beginner to AIOs & only know some info about liquid cooling, what sort of maintenance is needed for AIOs?

As far as AIOs go, they’re exactly zero maintenance. Just screw it into your chassis, plug everything in, and go. Maybe clean out the dust every year or so? If you get a decent case with good filters that won’t even be an issue. The downside to an AIO is that they aren’t great value for the money. For instance, the Zoomflow isn’t particularly a phenomenal cooler. It’s not terrible, but if you check crazyeyesreaper’s review on TechPowerUp!, the performance-per-dollar isn’t great: 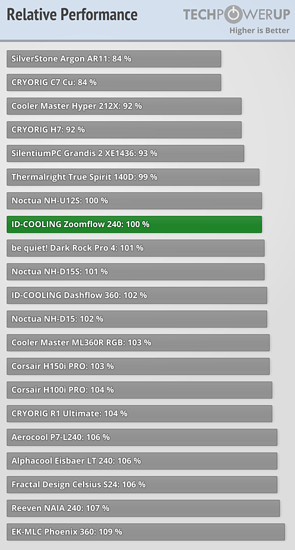 But still, you’ll be able to cool sufficiently, and even do some overclocking with it if you wanted to. It just may not be the most money-efficient solution.

I see. Thanks for helping a chap out!

2c. unless you’re going to put water block(s) on your GPU(s) a noctua air heatsink is cheaper and works just as well.

Assuming you have the physical space.

If you run an AIO too hot (which is like… 65c+ coolant temp) you can kill the pump prematurely.

this could work and it looks snappy too 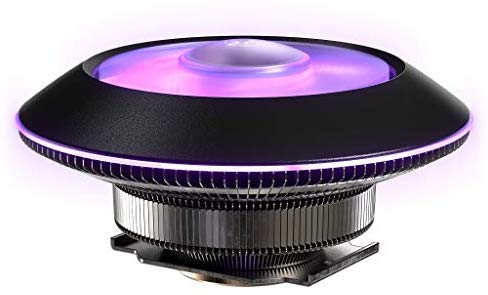 I took a look because it looks interesting. The product information section has a section just listed “California Residents:” with a click here for Proposition 65 warning. I knew what this was going to be but had to look anyway. Of course, thus PC heatsink/fan is known by the state of California to contain materials that cause cancer…

Seriously are they that insane?

yeah if some Californians ever realized just how many things cause cancer they would probably pray for the west coast to slide into the ocean!
breathing, sunshine, sex, eating, drinking, smoking, bathing, not bathing, over sleeping, and under sleeping to name a few natural ones.
this list does not include the man made ones!
we live in a world that is very hostile to our bodies, overuse of antibiotics and antibacterials weakens our immune system and improper disposal of antibiotics has lead to many super bugs.

anyhow back on the subject there are a few different choices for cooling that are efficient and look decent. Ive always had good luck with cooler master products being reliable
my own choice favours performance over appearance any day, but Im not immune to a sharp looking system!