After slaving away at this for hours, I'm finally finished

No. It's not a new build. In fact the only actual upgrade in this picture is the NZXT Kraken G10. I'm just so proud that I finally finished forcing two All-in-ones to fit in my Air 240.

(To be clear. The front Radiator is the H100i 240mm Liquid cooler. And the 120mm AIO for the GPU is hidden in the back chamber.) 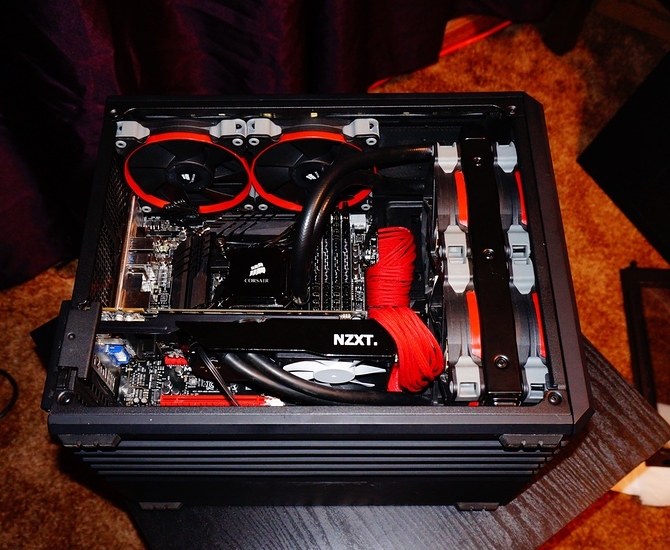 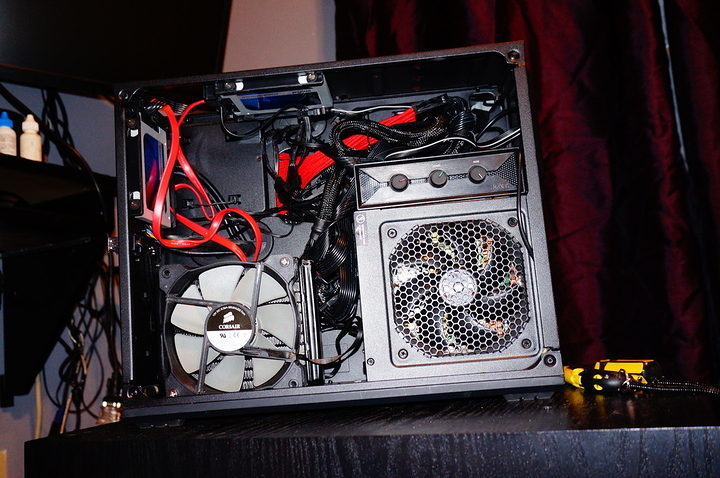 I approve of the liberal use of red!

Looks great, what sort of temps do you get?

Hahah oh man that's crazy. It's so... full? And that's not the smallest case in the world hahah. Looks really good though! Colour matching is rad. Red is rad. NZXT is rad. Corsair is rad. What graphics card is that?

Probably a rad one

It's nothing impressive. Just a Twin Frozr 7970. I'll upgrade it once the 390x is released.

I trust that such good cable management is not ruined by being behind a non-clear side panel.

As a compliment, I just dribbled on my notebook's keyboard! Loving the build!!! :O)