I’ve been turning back to turn up the clock on some older Xeons. Back when you could actually do that. Here’s some results from these time travelling adventures. 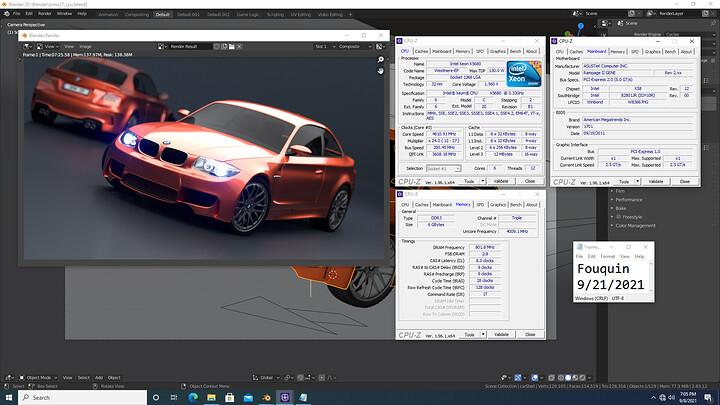 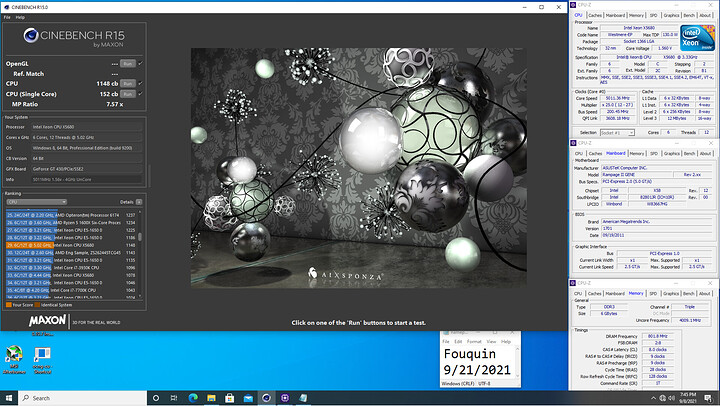 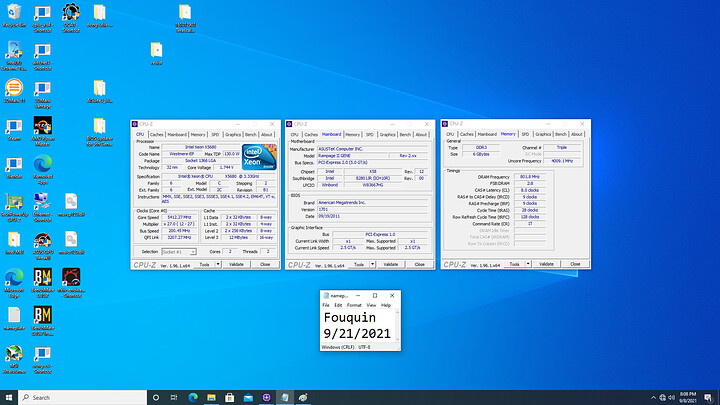 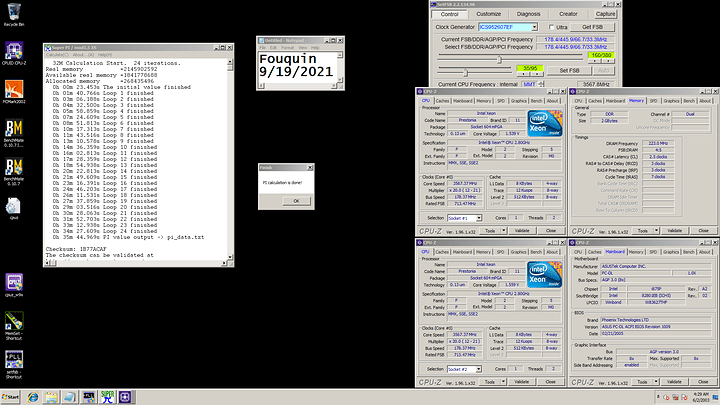 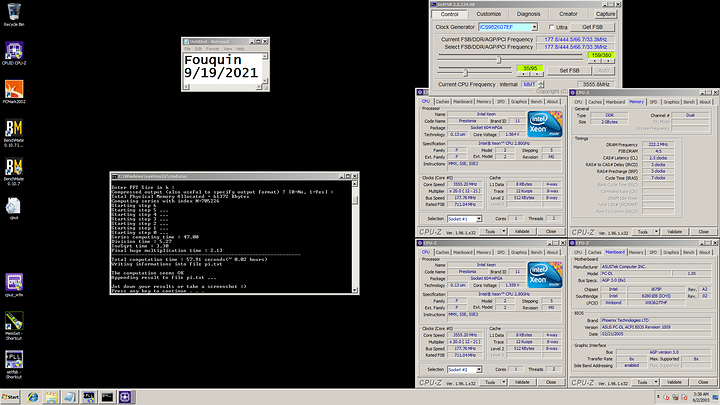 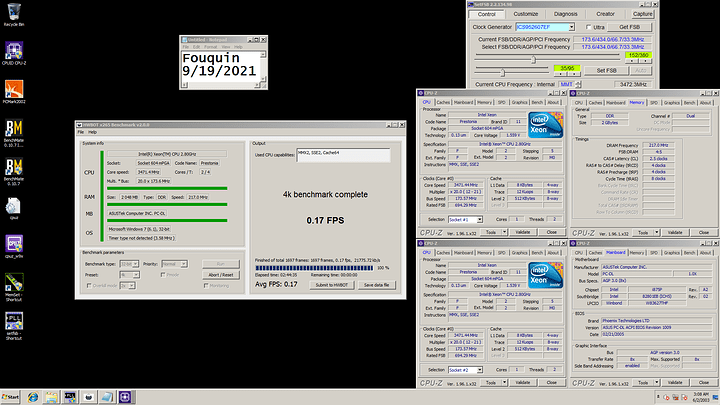 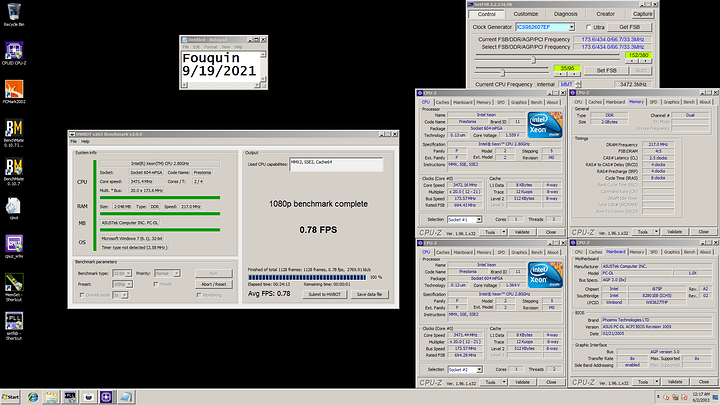 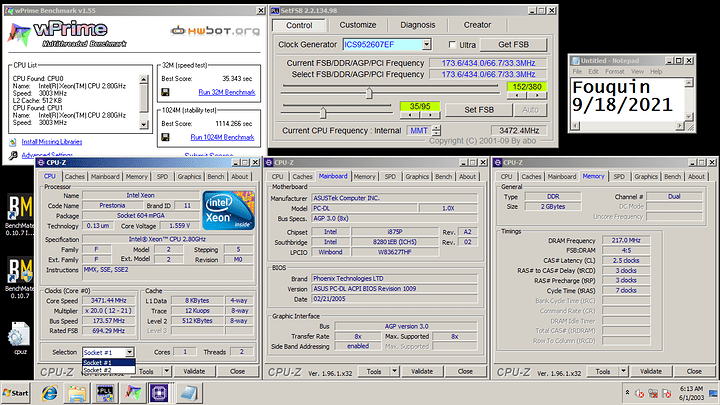 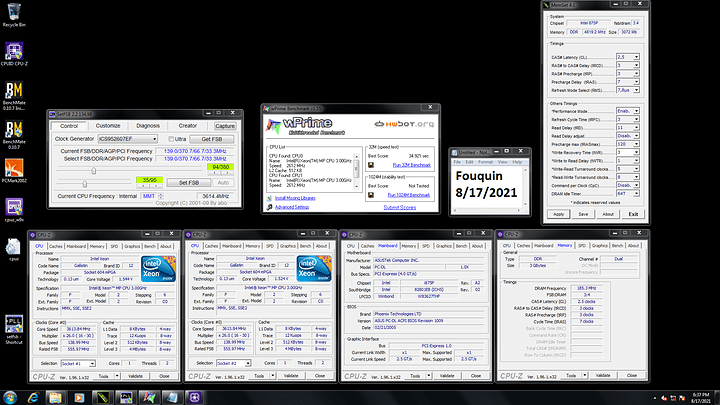 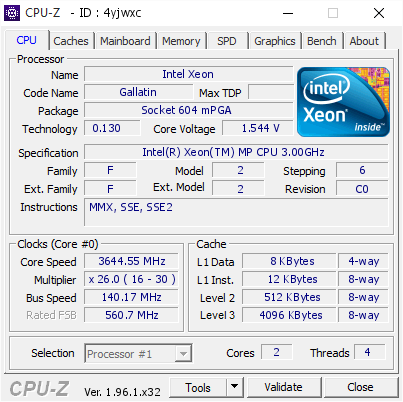 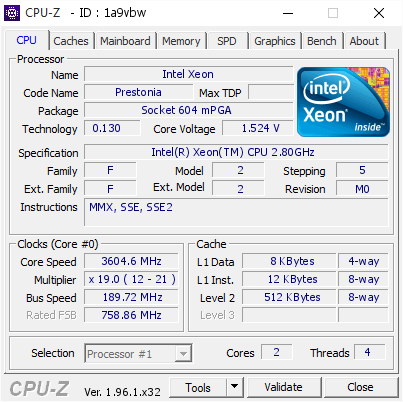 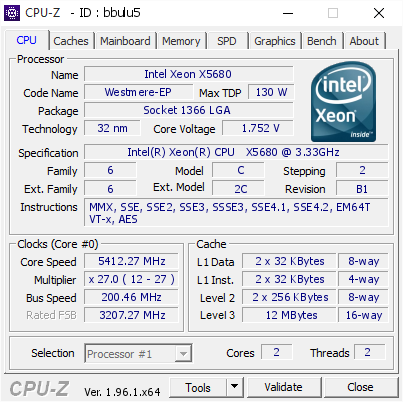 Hoping to revisit Gallatin this week, and I’ve got Xeon DP 3067 1MB Prestonias arriving soon. Overall I have been having a blast with all the different generations. I didn’t expect the 2004/2005 Xeons to be nearly as fun as they are. Though the performance gained from overclocking still leaves them firmly in the lowest performance bracket for Netburst systems. A Pentium D can leave these things in the dust.

there are some socket 604 (iirc) xeons with… ~4mb of cache? See if you can find those. They were made only for wallst firms, off roadmap, I had a 4 socket system with 1 core per socket turned on and OH BOY they were fast.

Yep, Gallatin 4MB, I’ve got those. It’s the last wPrime result up in the post. There are actually 8MB and 16MB Netburst Xeons on Socket 604 (“Potomac” on 90nm, “Tulsa” on 65nm), but they require a later board and chipset (E7520 at least). Socket 604 was used for ages and goes up to the entirely unique “Dunnington” which combines three dual-core “Penryn” (45nm Core 2) dies and 16MB L3 into a single monolithic die.

Nice 200mhz fsb, my ASRock board is too spotty for that

o man I remember these days. Pin modding Supermicro boards and Tyan boards to force the LV CPU’s to use the faster FSB.

I think the 16mb one might be the one I’m remembering but I thought that was too absurd and off roadmap.

I loved those CPUs, I still have a couple of odd servers running them in production that I need to retire.

I kinda feel left out here being one to have gone through 4 Sandy Bridge E5-1660s taking far too long to learn amperage kills.

Had to settle for a 4960X. Was fortunate the board I got was Ivy Bridge-E era but not Ivy Bridge-EP. 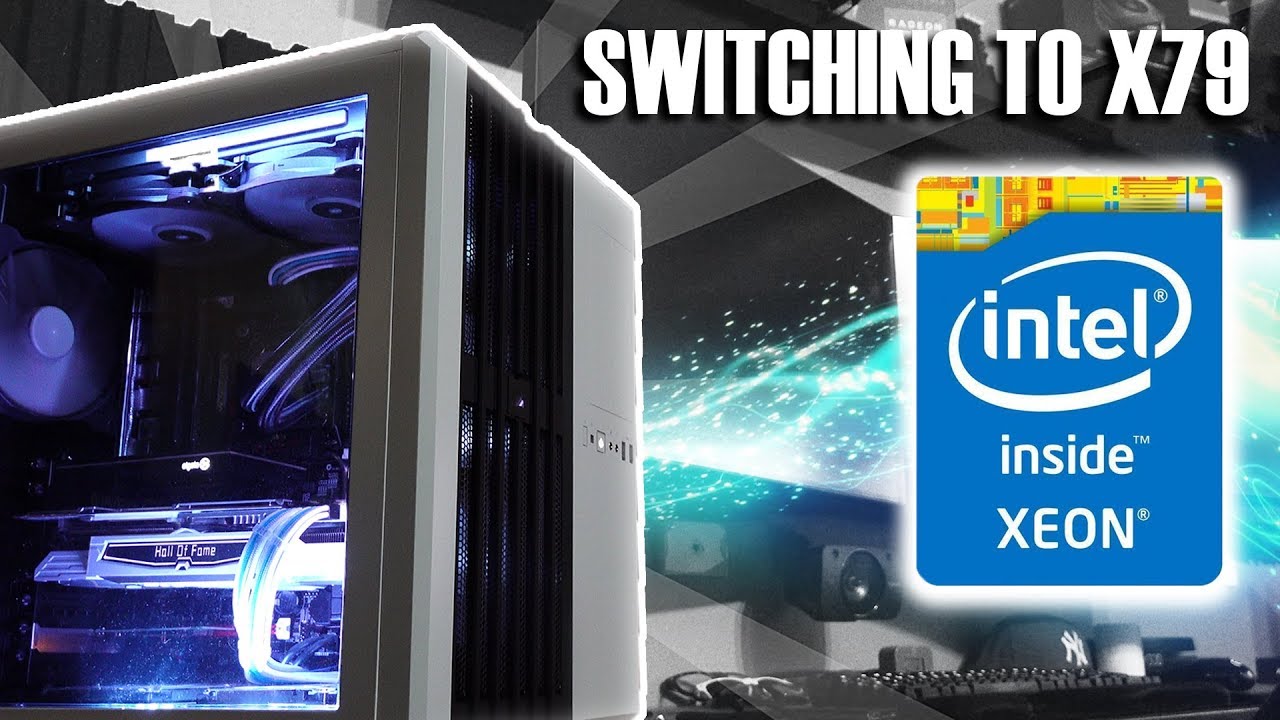 The 1680V2 has been pretty well documented among the X79 OC crowd before he got to it. But until Ryzen those chips were just too expensive to consider. 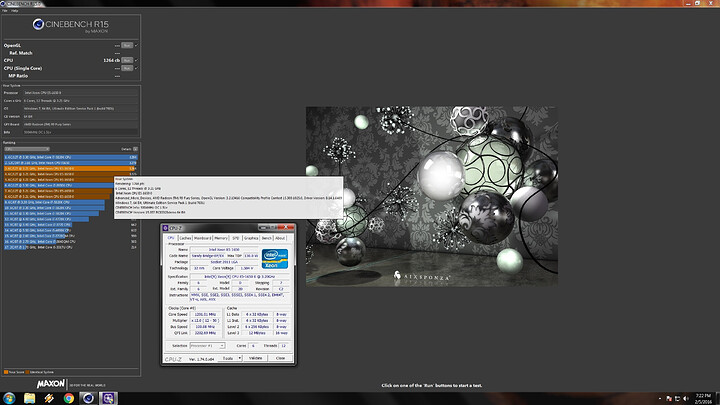 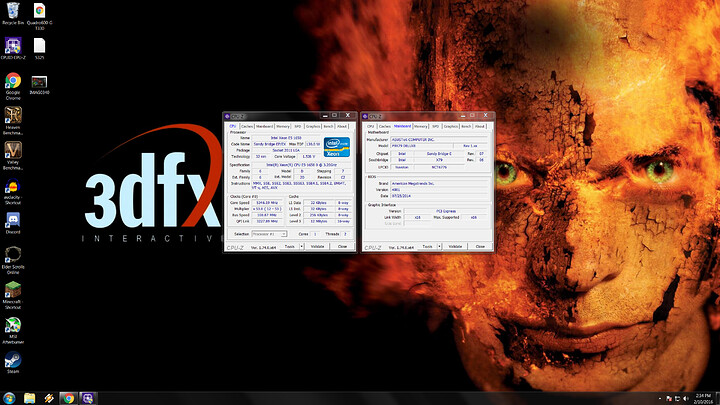 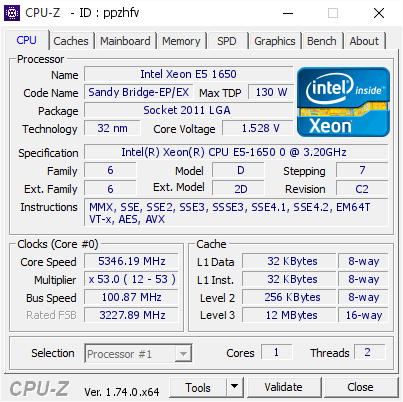 I thought a bunch of my 2016 Xeon adventures were posted here under the previous administration, but couldn’t find much still existing. Most images were lost, and the threads buried back in the archives.

Nope, just a very good chip on a good board. For all the years I’ve been overclocking I’ve never once used LN2. I’ve used a water chiller loop and that’s as cold as I’ve gone; no lower than 7C.

Steve made an excellent video from Computex about that: 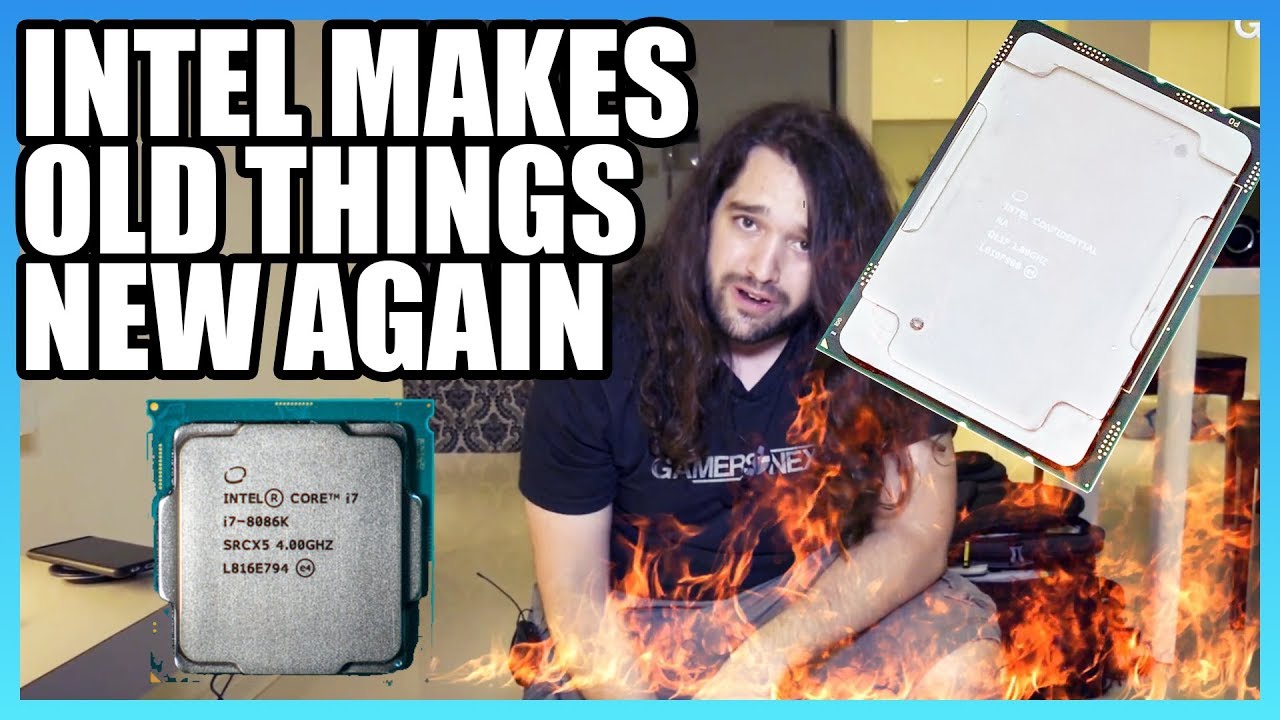 Kinda. I’m basically just using a tiny refrigerator (used to be an ice machine) to cool an 8L water reservoir, then pumping that to standard waterblocks. Sometimes I toss freezer packs in to keep it from being overloaded as fast, the little tiny compressor can’t actually handle much more than 200W of direct heating.

That unit Intel used is like 10-20x more powerful than my little DIY unit.

So more similar to Jayztwocents on RIPGN. 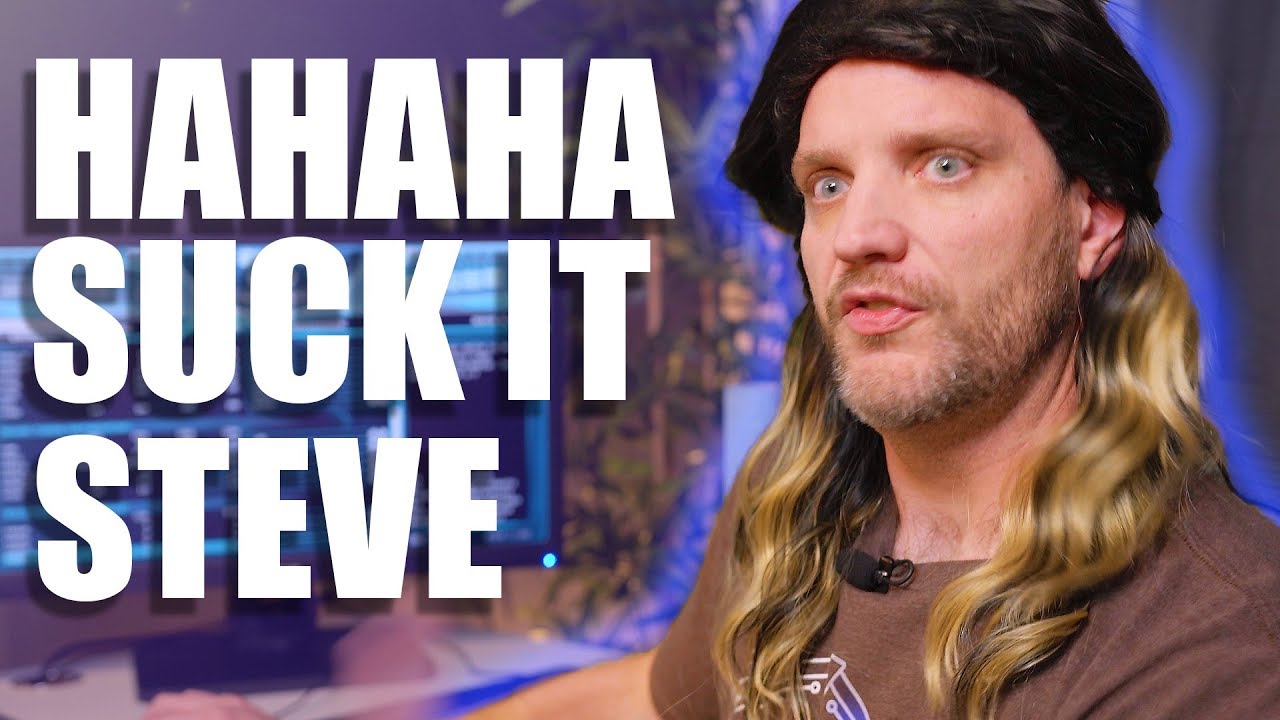 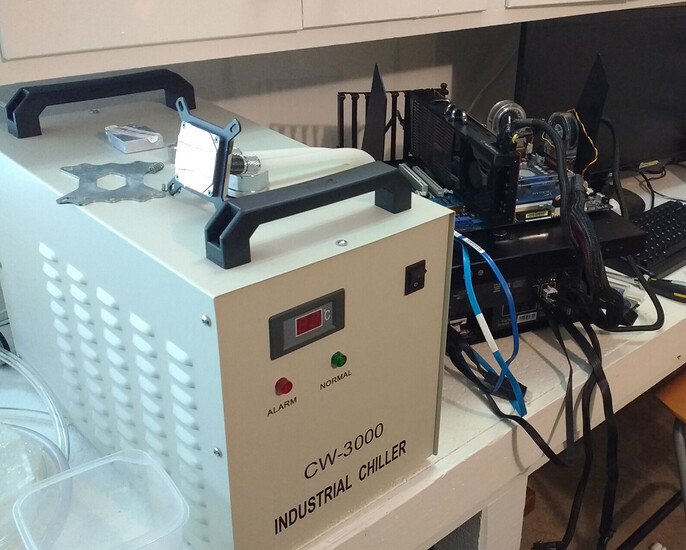 I salvaged a scrapped unit and rebuilt it with new internals. The whole thing was about $130 to put together. Only the chassis, water tank, and main pump were used.

The Gallatin 1MB chips proved to not be as stellar. For one the voltmod didn’t stick, so I was forced to run these with stock voltage. Not nearly as impressed. I suppose a pair of Prestonia 2400 M0/L0 chips are in my future if I want to get good results. 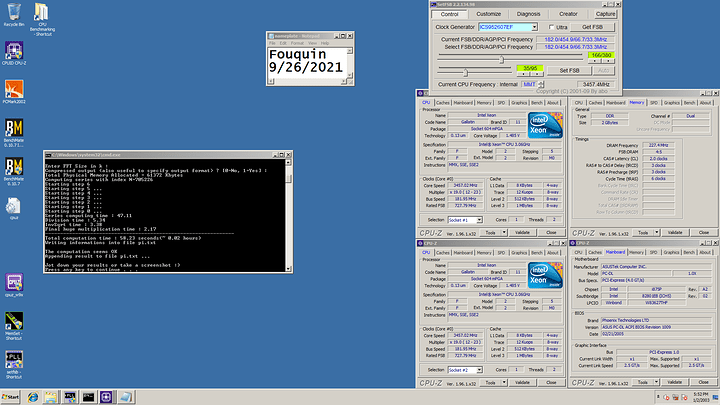 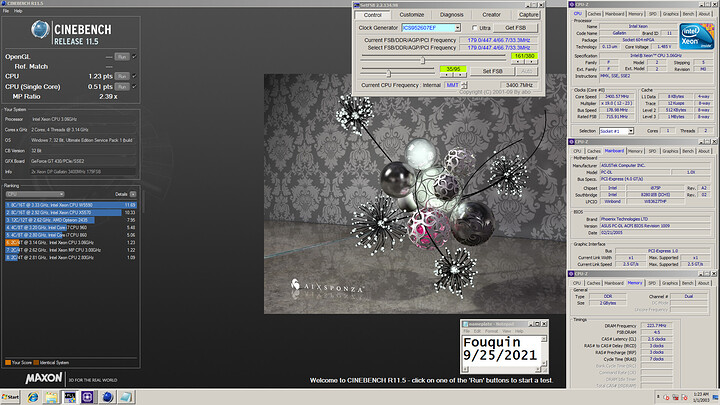 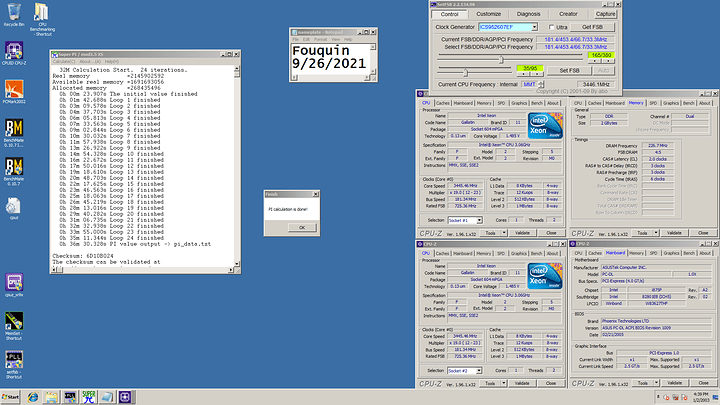 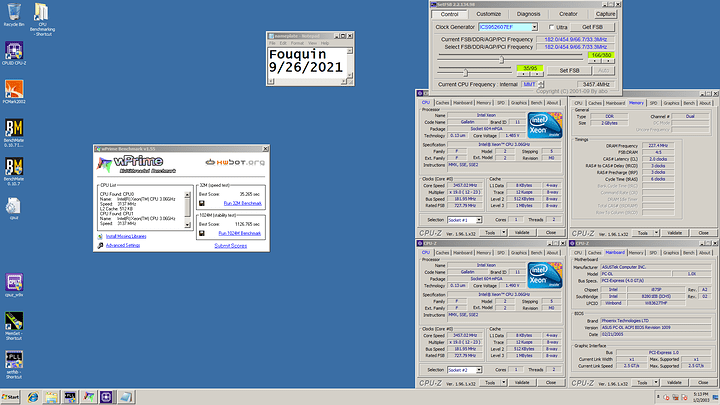 Also a small bit of baseline testing to establish GPU performance related to core clock. Here I ran 2.53GHz, 3.06GHz, and finally 3.33GHz (with varying FSBs, I know, not exactly even playing field) and used a roughly mid-tier Radeon X1550 (X1300 Pro + DDR2) with 3DMark01SE which generally shows to be extremely CPU sensitive. 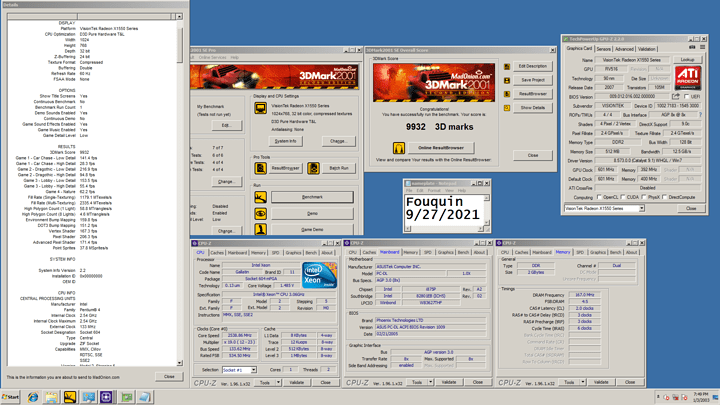 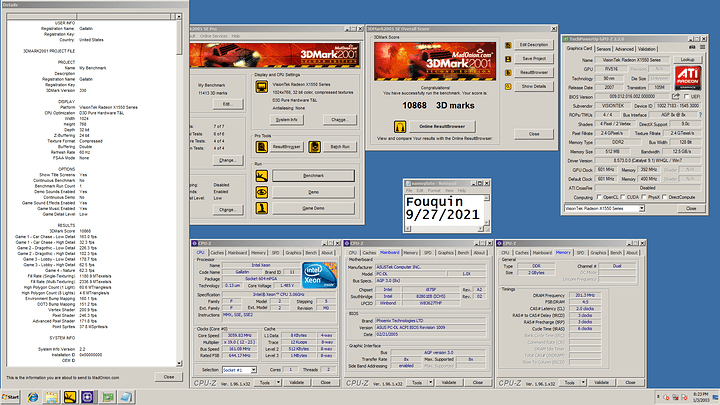 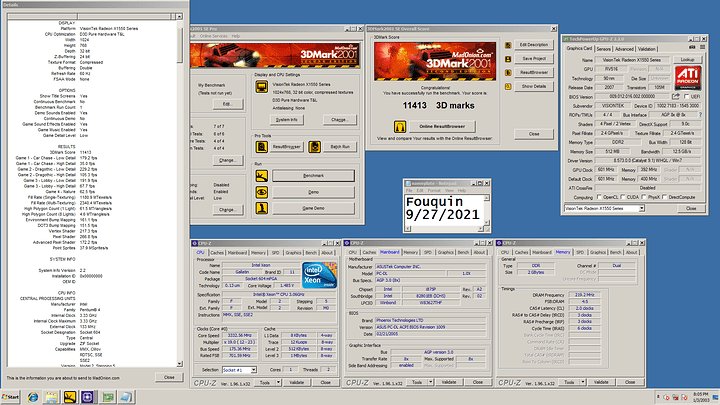 Wherein a ~31.6% clock improvement yields ~15% GPU performance in the various tests. Not exactly groundbreaking but it does illustrate that a relatively cheap (to the cost of the system) GPU is still seeing its performance capped. 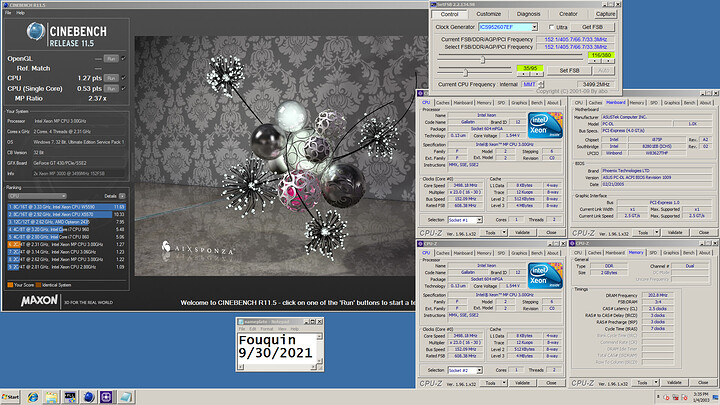 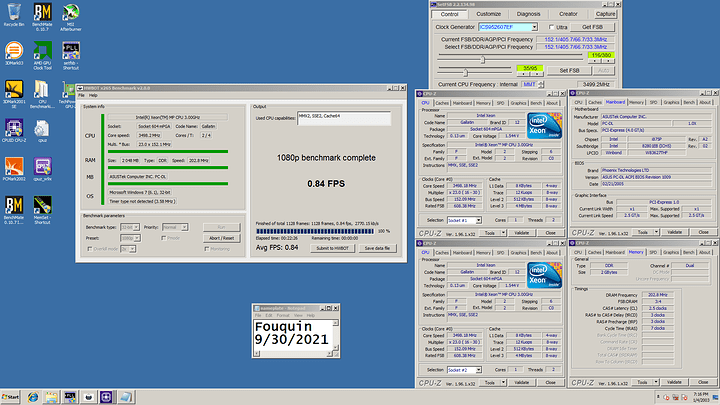 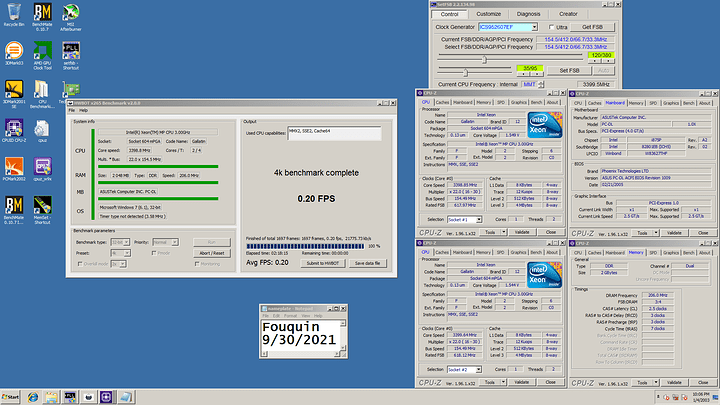 Some really good rendering scores with the 4MB Gallatins. Sitting through that 4K benchmark three different times since it was crashing at 3.5GHz and 3.46GHz… Pain.

Final test of the night. The venerable Blender BMW render. Snuck in under the two hour mark. 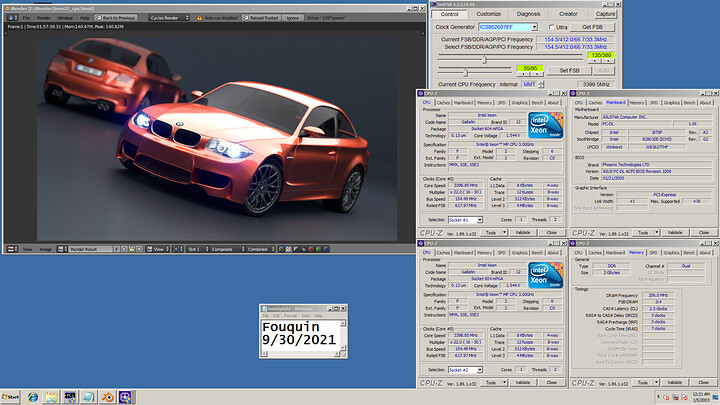