I have a keyboard with a removable cable. I want to make the keyboard wireless either permanently or optionally. Does such a thing exist to plug in to a device to make it wireless buletooth?

It sounds simple in my head but I also have never seen such a thing as a final product.

Should such a thing not exist I have soldering skills and access to the USB wires and other parts of the PCB, so i could wire in a board to be more native if that works.

Part of this would include adding a battery to power the board and wireless module.

Depending on how involved you want to get in DIY-ing it, a microcontroller board might be of use.

Adafruit has one with controller + li-poly + BT all in one. Kinda expensive though.

Feather is the new development board from Adafruit, and like its namesake it is thin, light, and lets you fly! We designed Feather to be a new standard for portable microcontroller ...

There's a commercial standard called WUSB that does exactly that.

Whoomp there it is 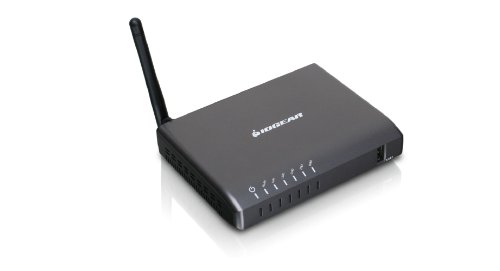 This was definitely one of the options I was considering. I have a MagicForce 68 keyboard that I had used to learn soldering and keyboard modding, which is the target for this mod too, that I was thinking of desoldering the PCB completely and handwiring up to a teensy and wireless package. This all in one jobbie is a more compact and perfect version of that. It is about what I thought this might cost.

@tkoham You almost had me on board. They seem to be going on their own standard which is a shame. I was wanting a USB device side to bluetooth adapter. I have an Intel NUC with bluetooth built in and an moving toward full wireless peripherals for that machine. This solution unfortunately adds dongles, a large expense and physical volume. Nice idea but the implementation is just not there. Thanks for the input though.

Now to decide if I really want to go to this length. I was hoping for a more inline solution but it just does not seem to exist. I was prepared to go full rewiring but was hoping not to. Oh well, at least it has some advantages over the standard PCB. This super small bluetooth module is custom tailored for teensy 3.0, 3.1, 3.2 and also 3.5/3.6 if you use SoftwareSerial Interface. It features a modern bluetoo

plus a teensy and

pretty sure there are already some prewritten Keyboard firmwares out there already.

This is pretty much my fall back and W.Meri above linked an all in one board that is both of these things together with bonus battery hookup and charging circuit which is perfect. Looks like that will be what I am doing.

I was going to piece it together like your option but I did not know about the Adafruit board, same end result and much cleaner. Again thank you for the input.

There's also another Adafruit board with a "better" microcontroller, not really sure if it would matter though.

Feather is the new development board from Adafruit, and like its namesake it is thin, light, and lets you fly! We designed Feather to be a new standard for portable microcontroller ...

Anyways, there's an HID keyboard example code for both boards.

Bluetooth Low Energy on a board that's thin and light, just like a...

Most keyboards use a row + column setup to read the correct keys, but I'm not sure how easy it would be to implement with Bluetooth and whatnot.

The 32u4 model is definitely the one for this as that is the same processor used on the teenys that are very often used for handwiring keyboards.

The though part of this is the matrix like you were mentioning and I had the thought that it may not be enough on the Feather boards with only 20 pins. I took your information and my idea over to /r/mk and posed the questions and my thoughts. Indeed there are not enough pins outright but some clever layout can make it work. Following from that some one with my board and idea had done just that and linked me his wiring diagram. I should be able to translate that to the feather and wire it all up functionally. So bow all that is left is to try and make sense of it all and go to it.

Edit: that example though, I did see it too, makes no sense to me at all. Other than making it work it has no mention of his to.make the keyvaord part of it work at all. But this is all entirely new to me so will take some time to read up on. It looks so hard to do with all the examples. Programming makes no sense to me. Never seem explained how things are connected, information goes in, magic happens and other information comes out. Makes it damn near impossible to translate an idea into a project that I can actually put together.