Quick summary: Trying to turn my Acer Aspire into a portable secondary monitor while still being able to use it normally and my budget is $100 New Zealand.

My daily driver computer at the moment is a laptop (Toshiba Satellite L850). Taking it anywhere with me though is a pain in the ass given that I have peripherals upon peripherals plugged into it. There isn't a port unfilled and it's really inconvenient to take anywhere with me.

Thankfully, cause of my birthday recently, I have enough money to build a desktop, making the process of using my laptop outside of my house a lot easier and I'll be able to take it to school, instead of having to use the pieces of crap that the school calls computers. However, I want to use a second monitor with my laptop cause my computer class is a design course with Blender and I have a dual monitor workflow that I really like. So I got the idea to try and turn my Tablet PC, the Acer Aspire Switch 10, into a portable secondary monitor. It's an ISP display that's 16:10. I have fallen in love with having a second monitor in portraight and I think 16:10 is the best ratio for it. It also has a detachable keyboard that kinda acts as a USB hub and a really strong magnetic mounting system I would use to mount it to my laptop.
The whole thing will look a little something like this: 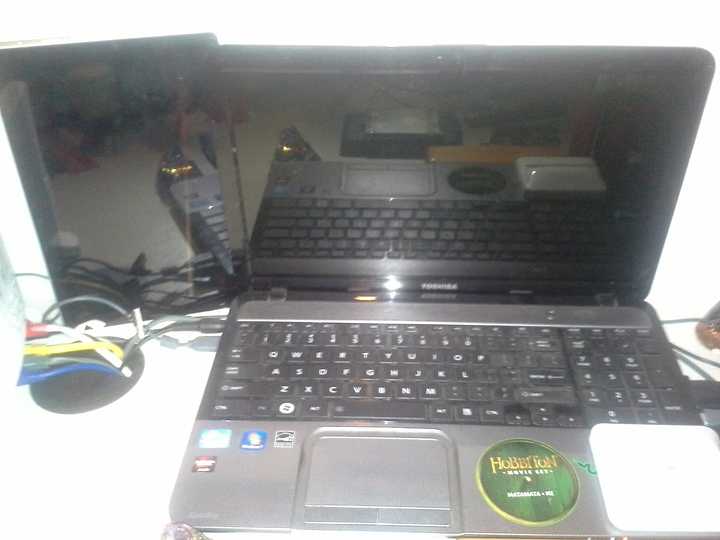 The problem I need help with isn't the mounting or anything like that. It's how I'd use it as a monitor, since the screen is only connected to the motherboard of the Tablet PC and there are no other inputs.
I've opened it up and have an idea of what I might need to do but I want some ideas and suggestions from the Tek forums, since there are people on here much more knowledgeable than myself.

When I opened it up there were 2 ribbon cables that went underneath the mobo that might be for the screen. I think one is for the display itself and one is for the touch screen. 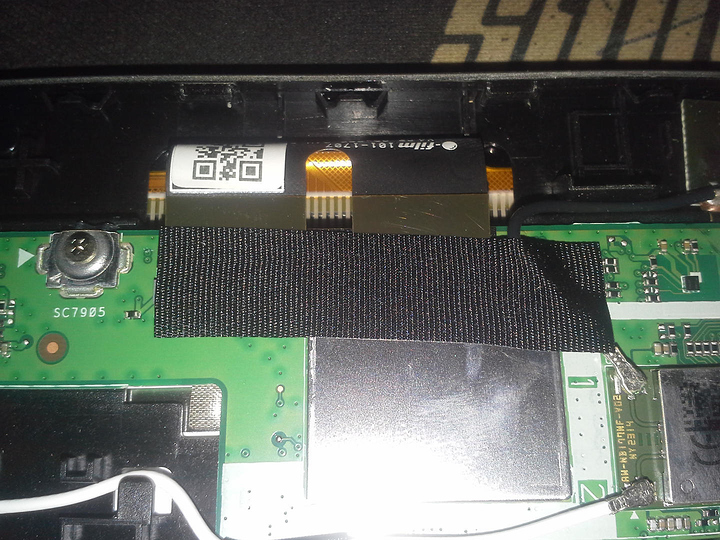 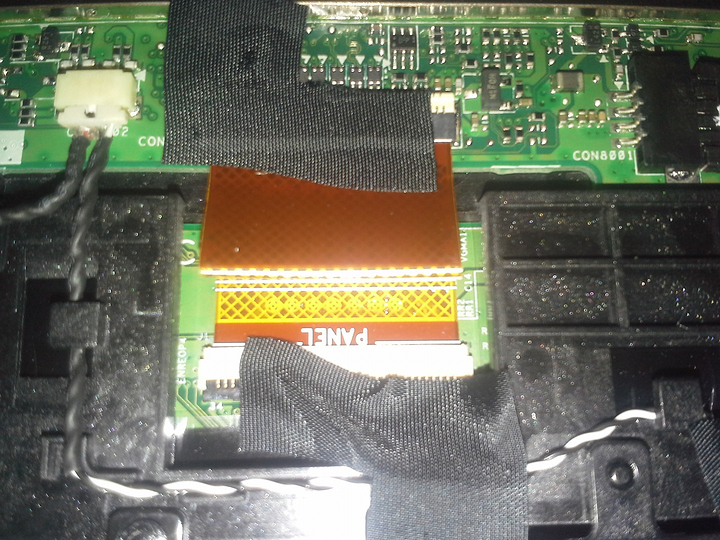 OrangeRibbonCable.jpg1440x1080 452 KB
Want I'm thinking is that I might be able to find a splitter for the display ribbon cable (which ever one it happens to be) that can plug into the existing output from the Tablet's mobo itself and one that leads to an input, with a small physical switch I can put on the out side to switch between the 2 inputs. I don't really want to spend more than $100 New Zealand on this, so nothing too expensive if you're going to recommend anything. I also like to keep it so that even when using the new second input that it still runs off the internal battery so I don't have to worry about extra power plugs and cables.

Another thing I would like to do, if possible, is use the already existing USB3.0 Sata Bridge(That's what it's listed as in the device manager) interface between the Tablet and it's keyboard dock as the second input and have a video signal feed through the USB hub thing, once again to avoid too many cables. It might have to be a third party board for this, maybe even something with displaylink for support, which means using open-source AMD drivers for Linux. If that can't be done then I would like to use the mini-hdmi port already on the Tablet, since I'm never going to use it as an output.
Anyway, here's the connectors and board: 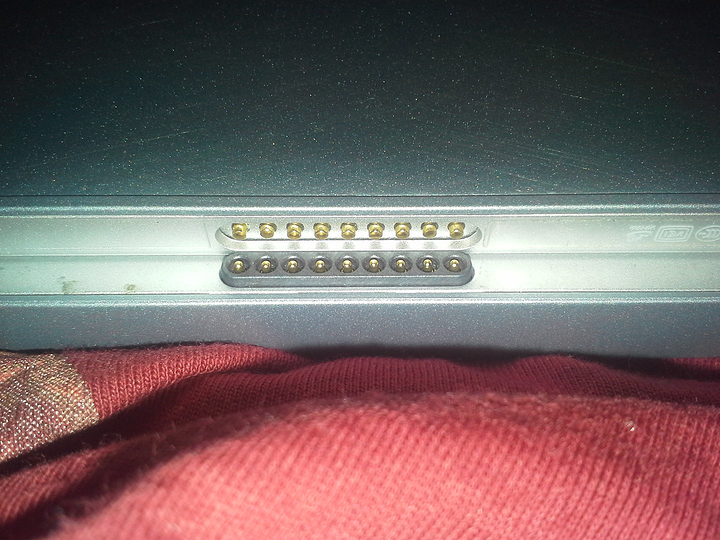 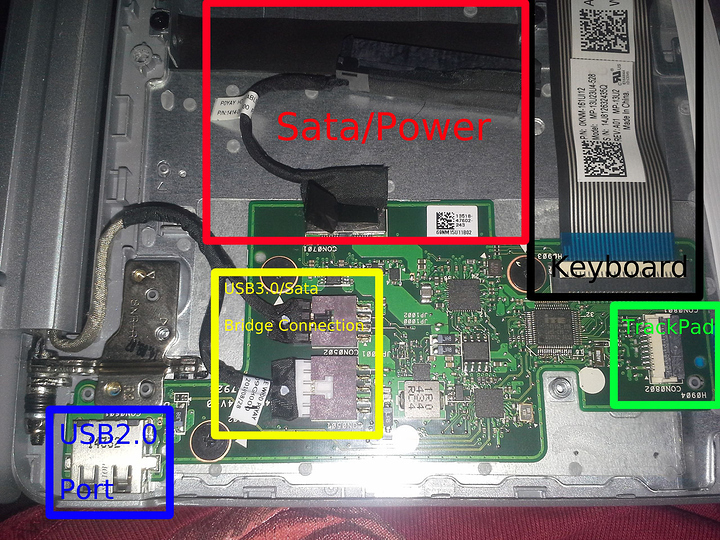 Any and all suggestions are absolutely welcome and appreciated, if I can get this mod done then it'll help my workflow a lot. It'll also be better for colour accurate work as well, since all of my other panels I use are all TN and not ISP.

Also, if you need any more images of things or more information to help, ask and I'll find out/get what I can.

Necessary Accessories for turning a bare LCD to desktop monitor:LCD Controller board, Inverter, LVDS cable, Keypad, VGA cable/DVI Cable/HDMI cable, Power Adapter. This is a great set of easy-reassembling LCD controller kit which is used to turn a bare...


Are you looking for something like this? It's a controller board for LCD screens, basically an adapter for the propitiatory interface to something more common like DVI or VGA
all you have to do is get the model Number of the LCD screen and message around for compatible boards
1 Like
FlameSilver May 4, 2016, 6:49pm #3

No, I've already seen that and I'm looking for a better solution. I don't need DVI, VGA and audio just a HDMI(If I couldn't get it working with the interface between the Tablet and keyboard), plus if I want to switch between using it as a display and using the Tablet normally I'll need to pull the back off or leave it off.
I also said that I would prefer to use the internal battery to power the display so I don't need more cables in my bag than I need.

Theres an app that allows you to use a mouse between computers over a network connection (it can work on adhoc). I mean, that would work. Save some time and GPU/CPU space.

You'll need some kind of a board like that, there's no way to just hook up a desktop to the display ribbon cable and have it magically work. You may be able to find a small one that only has HDMI, but it will still be a little bulky I imagine.

You'll probably be unlikely to find a splitter cable for that ribbon cable, but if you do then you'll need to solder a very obscure switch in there. It will have to switch each one of those pins, so that will be pretty hard to find. You're probably better off soldering your own additional connection to the ribbon socket on the board (just be very very careful not to bridge the pins).

I know I'll need a controller of some kind, I want it so that its connected the using the same kind of thing that the keyboard uses. There isn't a lot of room in the tablet itself so I want to keep any additions as small as possinle to fit it in and have any bigger stuff on the outside.

Thanks for the suggestion, I think I'd prefer a physical connection but if I can't figure that out then I'll use this if it works well enough

You want to be able to work both screens seperately, i think..
I like two screens for art. Then i can be multitasking but keeping my art screen constantly on.

I was thinking a double cable for the screens as they are quite cheap..

This dual solar/electric may help with your battery life. One did say for laptops too. I am not too sure how long you would get out of this. Then again it would be good for summer if you are outside..This is the more expensive one but i thought there was a lot more for your money... 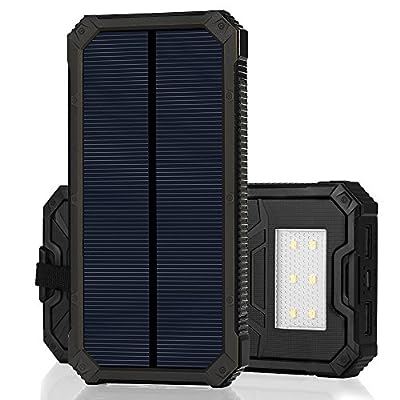 ●Dual OUTPUT -1A USB ports for iPhone, android phone and other smart phones or other electronic devices. -2A USB port for iPad/Tablets Capable of charging phone and iPad simultaneously, the power bank ...

As for physically joining them when you still want them seperate i think it would be something to hold it stable at the bottom. If it was me i would use duck tape with some sort of material that you could velcro..

I will keep looking and thnking..I love your idea and you have balls to just GO FOR IT..

I don't need a solar panel, I have access to power at school.

Also, can anyone tell which, between the black and orange ribbon cable, is the one for the display?

It sounds like you are 'there' apart from odd things that you will get help with..I loved the idea and enjoyed having a look at what is out there..I am new to computers, so it is all exciting and i just love recycling..

I love the sound of the magnets system you have..I do all sorts. I am always surrounded in arty ventures..

Have you got a link or name for the magnetic system..?

I don't, if you for a video of the Acer Aspire Switch 10 you might find a demo of it. Basically there are mangets in the tablet and magnets in the keyboard attachment. They're strong enough to hold the weight of the Tablet but weak enough that you can pull them apart with you hands.

Thanks, i will get Mahmood, my friend who has an internet cafe to show me...

Just found this if it helps at all: From what I can tell the orange ribbon cable is for the display and the black for he touch screen. I think the orange has 34 pins, if 34p is supposed to represent the pin count.