A case to induct a neophyte on the path of hardware? An easy to work on quasi test bench with panels?

TLDR: So a case that is: roomy, easy hard drive plug access, sub $200, with dust filters?

I’m trying to put together two new computers, one for myself, one for my sister.

She’s expressed interest in learning more about the hardware side and in using linux. Based on my experience of linux systems being an annoying pain in the ass trouble shoot around I need to have a very easy way for her to switch back into windows to get work done if something comes up.

Adding this together I think I want a case that is roomy, has very easy access to hard drives so the plugs can be swapped, ideally under $200, and if possible has dust filters. I want to stay away from dual booting because of potential issues of infection cross contaminating.

Most of the case reviews I see when they do populate the hard drive bays have them facing towards the “right hand” side of the case that is “under” the motherboard and usually used for cable routing. I want easy access as soon as the main panel is popped off.

So far the best I’ve found is the Cooler Master Haf XB Evo, $126 . Pop open the left panel and the hard drives are right there ready to be unplugged, or use the two hot swap adaptable trays from the front. (only 4 hard drive bays but oh well…) 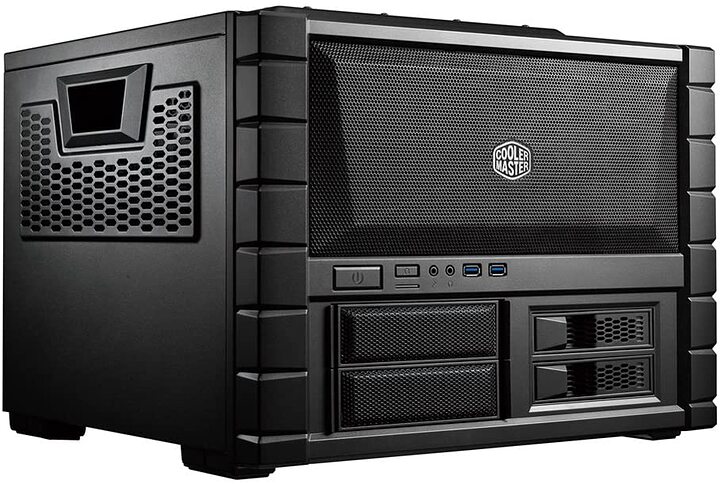 I’ve ordered one for myself, it works out pretty well for me because I have it on top of a table and height is a problem. My biggest beef with it is that the danm thing has no dust filters… Also it would live on the floor for my sister, so a tower case might be better.

Have you considered a case something like the Thermaltake P series? These are pretty nice to work with, except they do not have any dust-filtering possible.

I want to stay away from dual booting because of potential issues of infection cross contaminating.

If you give each OS its own SSD, this virtually eliminates issues. The only caveat to this is that very occasionally, Windows decides to over-write GRUB. It’s extremely easy to fix this, however, by simply going into BIOS, forcing the system to boot of the Linux SSD, and repairing GRUB from there.

The operating systems do not contaminate each other.

@redocbew
The Meshify C from Fractal Design does look good, and it has easy access to the hard drives, though whenever I think of opening the righthand door I feel my anxiety increasing… probably from my memories of having to squeeze that panel closed on my Antec P180.

Whether its the right or left door shouldn’t matter… and my sister wont have my PTSD.

@NotTheLips
The Thermaltake P series looks very interesting and it would be very easy to work on… if only most of the pictures showing it off weren’t quite so… bright.

I’m talking about actual virus infections, one install getting owned then it looking for more things to inflict itself on.

I’ll shoot these over to her to mull over, I’m a couple weeks away from ordering parts. I need to make sure my build doesn’t have any major problems before I duplicate it.

I’m not aware of any Windows viruses or malware being able to execute in the (much more secure) Linux environment.

Windows will not be able to access Linux partitions anyway, as it does hot have support for Ext or BtrFS filesystems. Where an extremely low risk may occur is when accessing ntfs filesystems used by Windows from Linux. But again, Windows malware won’t be able to infect Linux.

There is also the option of running a virtual Windows machine within Linux, but this won’t work with software that requires “bare metal” access to hardware (games for example). It is possible to set up a virtual machine that has direct hardware access, but this is a bit more advanced (and would require an additional GPU for gaming).

The sky is the limit, and it comes down to how much hardware - and effort - you’re willing to throw at the task. The easiest option is to dual boot, and the main downside is the extra housekeeping required to keep two OSes up to date.

Dual booting has only been a necessity for me due to the need to run Adobe products, and for music work (I have some exotic DACs and ADCs that do not support Linux) as well as an odd game or two that have pesky DRM that will not run in Linux.

You can order custom fitted, medical grade, dust filters specifically for the HAF XB EVO from a company called DemciFilter. https://www.demcifilter.com/HAF-XB
Get the 30$ kit.
Keep in mind that the more filters you add the more you will have reduced airflow for the case.

You can also get an ICY Dock ssd tray that would work for easily changing drives around. That’s what I did for my PC.

These two components will allow you to fit a lot of SSD’s and have some front-facing SSD bays. 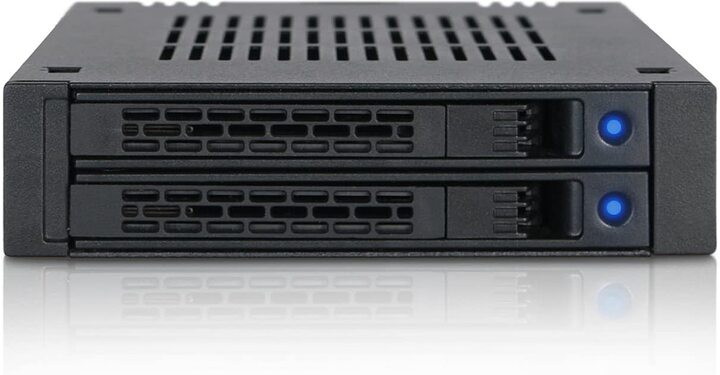 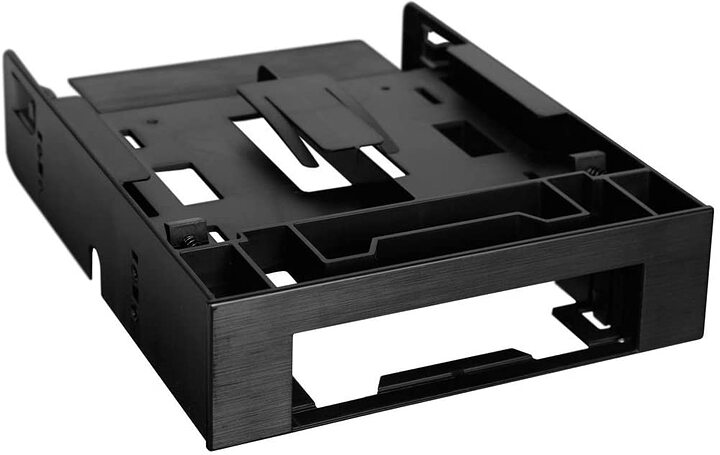 I love the HAF XB EVO, had a fair amount of experience with tower cases, and I prefer units that are more like the old style desktop cases personally.
Here is my current build in one, I think it turned out great.

I am quite happy with my current build. It took a long time and a lot of money to get it all together and it all works very well. Definitely the fastest and most carefully tuned PC i’ve had the pleasure of using over the last 40 years. This build taught me a very important lesson - while having the best parts is fun, it is rarely really needed f…

@zenstrata those are some cool adons, I never would have thought aftermarket case dust filters were a thing…

For the record in case someone searches up this thread later I’ll give my impressions of using two of the HAF XB EVO cases.

If you want a case you can just use without fixing up, stay away.

IMO this is a horrible case to put on the ground. If under a desk it is the right height for a foot rest, and if on the edge of a desk bringing drinks over is the case is nerve racking. That top mesh will let a whole bunch of stuff fall right on the motherboard. Right now I have an old computer door on top and soon I’ll being cutting out a piece of sheet metal to seal off the gaping hole.

The fit and finish of the two cases had some major problems. I had to bend both frames into better shape and retap all the thumb screw holes.

The problem with the frames is that they have joined them up at bad positions, so there is a gap of around 1/4" after you remove the thumb screws on the panels, after bending the frame it’s probably around 1/8" split between two panels now.

The thumb screws were all far too tight for easy use as thumb screws IMO, you shouldn’t have to work hard to take up the slack with a thumb screw. They really should have used larger taps.

Just to be clear I was wrong, it does have a dust filter on the front intake.

Other than that I do really like the cases, the straight down access to the memory and addon cards has been a pleasure to use.

e two cases had some major problems. I had to bend both frames into better shape and retap all the thumb screw hole

Interesting! I did not have the fit and finish issues you had with your cases. Mine seemed to be great, no problems at all there on mine. The thumb screws are fairly difficult to get well tightened or loose just using your fingers, (I use a phillips screwdriver).

I agree about the drinks thing, don’t spill drinks into your computer, it’s not healthy for the pc ;D If you want, check my post just above yours for the pics of how my build in that case came out. (it’s in the last part of the post, you will have to hit the blue down arrow to expand the post to see it)

don’t spill drinks into your computer