Not sure whether this thread (not being about a build but problems with a barebone) would fit here (or where), but wanted to ask to see how I would isolate the problem before contacting manufacturer :

On 22.2.2018 I opened the pc and re-seated both memory modules a couple of times to make sure there was no problem there.

Strange, I’ve never had a pc with such a combination of problems - and now it’s been turned on for several hours and it’s working without problems

Anyone care to take a stab as to what I should do to identify source of problem - pc has been working
now for a couple of hours again without problems. Should I do some memory stress testing or
do the problems indicate something else - I’m unsure what to do 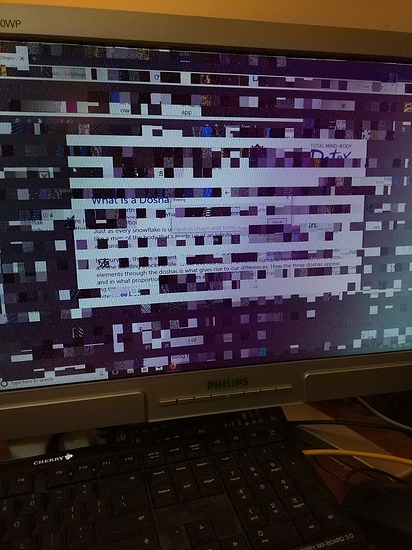 Is it getting hot?

Have you checked if there is a bios update available?

In every one of thse troubleshooting threads I say the same thing:

Step 1: TEST THE MEMORY. Use Memtest86+. This is usually the problem.
Step 2: Test the drive: Use CrystalDiskInfo or SMARTmontools to check to see if you have SMART errors on the drive. (probably not your issue)
Report back on those and we can take it further.

Had all this crap on an older i7 which worked flawlessly for few years , tested, tried everything (think) and finally surmised it was a mobo fault. If its still under guarantee try and return it