Just took delivery of my 5975WX, had the other parts in for a while now so happy I can finally build my new dedicated simulation/dev workstation.

I went with the Asus Sage just hope the U.2 connector actually supports PCIe4 for My Optane P5800x drive as the manual states only PCIe3 but we’ll soon find out (I have a Card adapter as a backup) 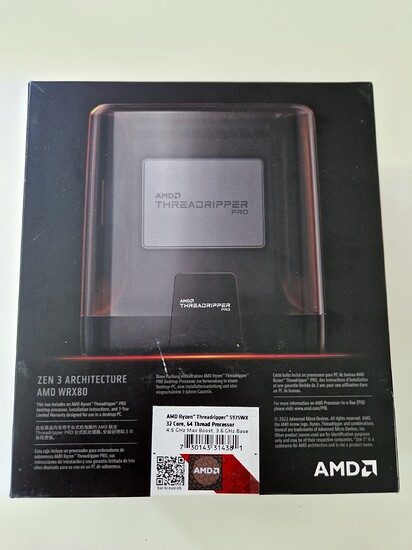 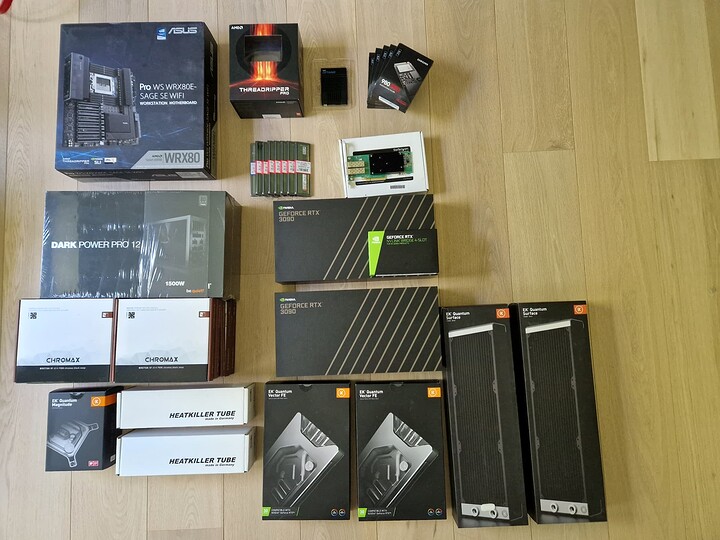 Great Looking Setup. Could i ask you to report back on speeds of the 980 Pro when its all up and running. I have been recently getting pretty inconsistent read speed on those drives. I have tried all slots on the board (Not by the Hyper card) i believe 2 go via the CPU PCIe lanes and one goes via the chipset but still the same. I have tried 2Tb Aorus 7000 series and a 4Tb Seagate 530 and the speeds reported in Crystal Disk Mark are bang on but the Samsung has correct write speeds but the read speed is at times down to 6500-6600.

Good choice on that PSU as well, its a great bit of kit and feels every bit quality (And is flipping heavy) but mind the corners they are deadly. lol

What case is it going into? - Edit - Maybe i should read the first post fully lol!

Nice, nice. Really nothing one wouldn’t want or can complain about. Pretty much everything that gets work done.

What is that card? Looks like some SFP NIC (Startech).

I’m getting the same PSU and Fans for my upcoming Zen4 build. I’m a bit jealous about the memory channels and slots though

If you can afford it i would suggest some of the Noctua 2000Rpm Industrial fans over the chromax. I find they are easier to tune them given the right board/fan control.

Wil definitely run some tests on the 980’s I have them in my daily driver a 3960x on a Gigabyte designaire Rev1 never had any speed issues.

Yes its a SolarFlare Card for packet capture/time stamping input streams. Its just the convenience that I can connect external sources for simulating/backtesting historical data more precise.

Nice combo, how’s the fit in the BeQuiet case? I was tempted to use the same case but went for the Fractal Meshify XL due to price and size

Im still in the Building process right now, but it is a bit cramped indeed. the Hight is fine but as the Asus board is fairly wide I need to route all the cables from the top and the bottom as it overlaps with the ones in the middle. Ill post some images when the build is done.

Cool, I finally got the motherboard registration sorted after about a month dealing with ASUS support.

I was looking at the BeQuite PSU, how did you find connecting the atx and pcie_8pin_pwr with the slots provided with the PSU

In terms of connecting the cables no issues with the PSU. Just looking for some custom 12-pin cables to replace the ugly nVidia supplied break out cable.

FYI I would not recommend the BeQuiet Dar Base pro for this specific Mainboard. I had to completely remove the drive cage part sacrificing serious structural stability. The Mainboard plate is now only held by the side screws. I think I have to machine a stand as I don’t think it will hold the Board and 2x GPU’s with al the waterblocks 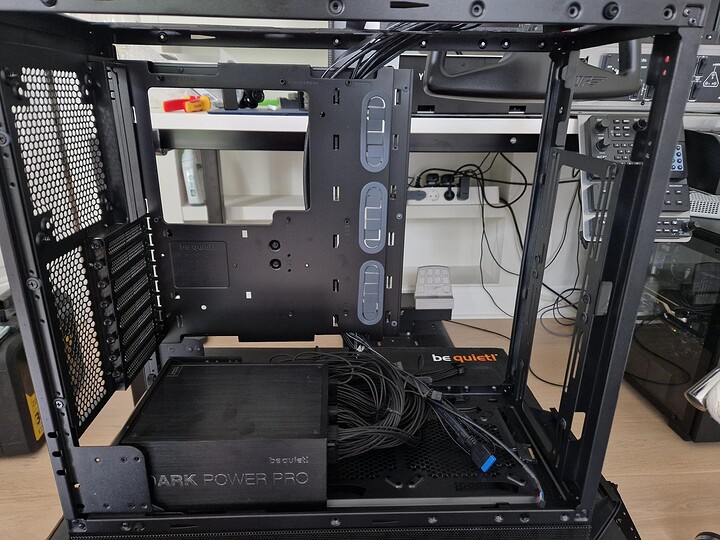 Thanks for sharing the pics. I got the Fractal as it cheaper in Australia by significant margin. I unfortunately sprained my right ankle the same day I got all the components for my build.

So they have been in storage since I got them

I was tempted to go with a power supply recommend by ASUS with the MB. But supply is very tight in Australia