Looking for people who could find the best build for 450 euros.
Built machine is intended to be used for gaming and general use. Budget is 450€ Euros, please if you can don't exceed this amount.

Also since we live in Europe not every part is available, so refer to this site for price availability: http://www.skytech.lt/

I think you want to start with a G3258. Price performance is unbeatable. And for less than 70 €… unless you really need multicore performance this is the one to go with.

Do you intend doing overcooking? 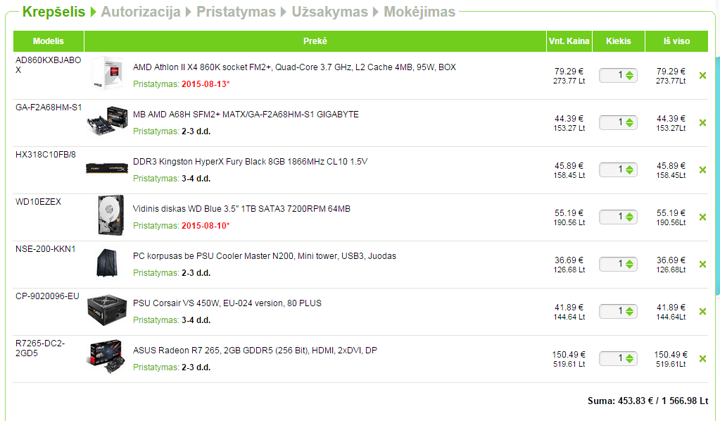 Pentium G3258:
The motherboard in the build below was the cheapest Z97 board I could find, if you're not going to be overclocking you could cut the price down by going with a H97 board: 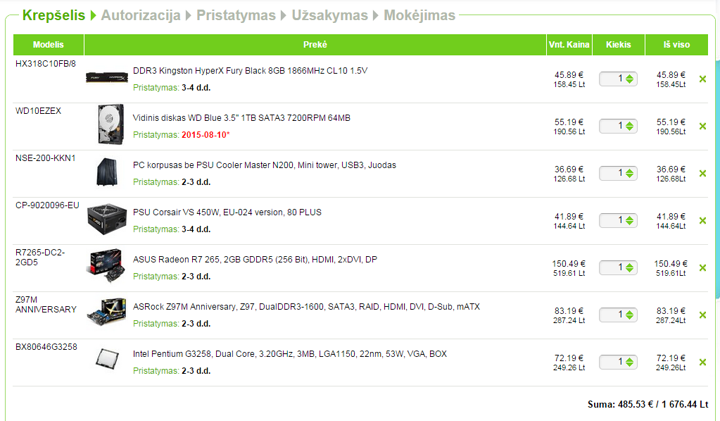 Go with the 860K if you're not going to be upgrading any time soon, and go with the pentium if you'll be upgrading your CPU within a year (or have a later source of a socket 1150 CPU) I'd say. The pentium does better in gaming benchmarks in most games but those that can utilise more than 2 threads, which'll be becoming more abundant sooner or later, will have issues.

You could cut the RAM down to 4GB if you wanted to put some more money into the GPU, if you needed more it's only like ~€20 for another 4GB stick.

860K sounds good.
One question regarding RAM, can we save any money on cheaper ram? Fury Black sounds fancier than something more standard.

At that price point your best option would be to buy used.

I.e. browse your country's tech forums for buying/selling sections and buy from someone with a good feedback history. That's how I do it at least.

Yeah if there's cheaper RAM go for it. I just picked out that kit because it tends to be pretty cheap, and looks nice.

There are games that require 4 cores or threads to start. They do check and it's hardly something you can mod out of the game. The G3258 is a fine CPU last year, the 4 thread requirement makes it a non-starter in my eyes. Far Cry 4 for example won't start on dual cores. If you leave out the quad-core only games, it's still good.

Try computeruniverse.net/en this is the biggest online retailer I have found outside the UK some good prices too